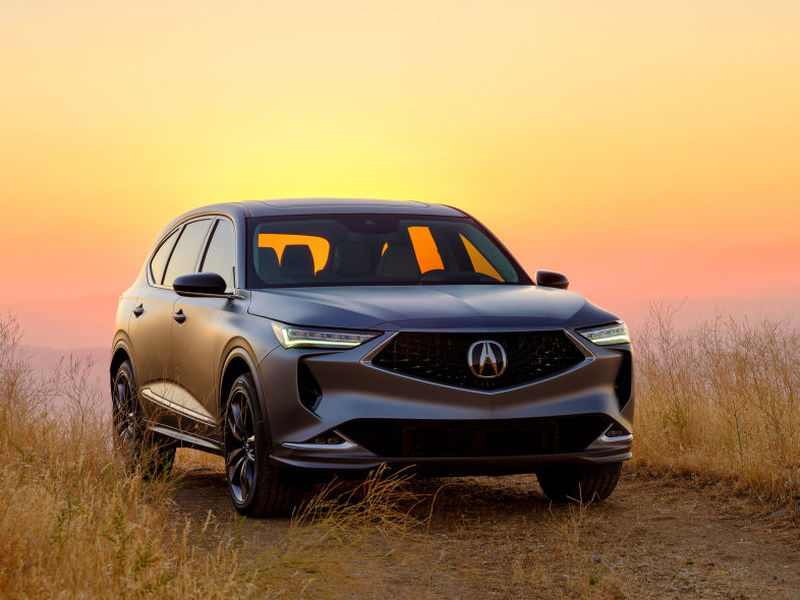 The flagship SUV of the brand gets its due.

Now that the Acura RDX small premium crossover has been redesigned and has spearheaded the next generation of the brand's design language, it's time to take care of its big brother, the MDX. Once the brand's best-seller, it has aged well but is due for a redesign after six years on the market for the third-generation model. Take a look at these photos because this "MDX Prototype" is pretty much a production version based on the fact that nothing is hidden, cloaked, or otherwise obscured. And damn, it looks pretty fine. 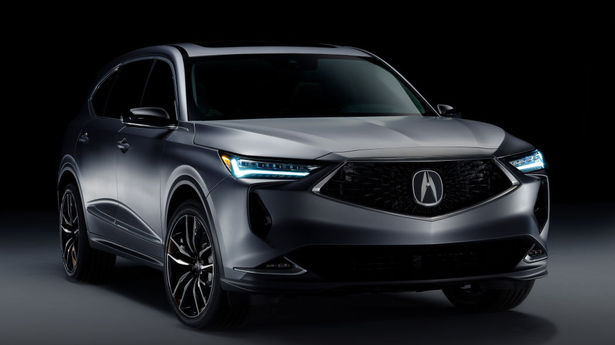 It carries forth the MDX aesthetics but to a new level of refinement and sportiness.

The MDX has actually been the brand's best-selling vehicle in its history, so it deserves the full rework. Thankfully, it doesn't deviate from the formula that works (now that the stupid "power plenum" beak grille is long gone). The MDX prototype shows an evolution of the MDX that's clearly an improvement from the already handsome current model. 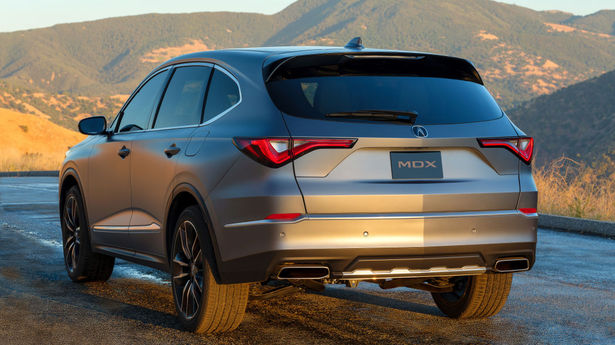 The MDX follows in the footsteps of the recently redesigned (and stunning) TLX sedan with the same headlight and "Chicane" taillight design, as well as similar body contours and creases. The front end looks a bit more squared off and benefits from increased length. The pentagon grille is more steeply angled at the outer edges, and the vertical intakes below the headlights are new. 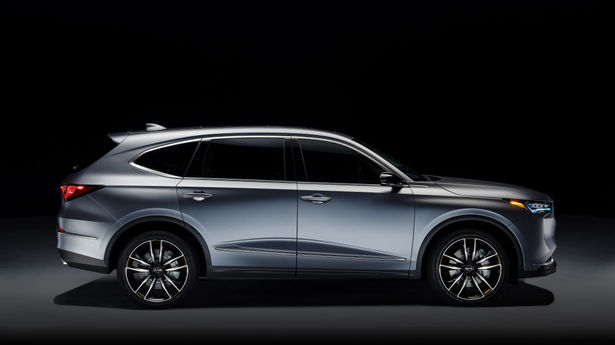 The MDX also has a wider track, and the wheelbase has jumped three inches, which results in more interior room, which we'll address later. The more dramatic body sculpting shows off deeply contoured doors, and a pronounced arched crease that extends almost the full wheelbase length. Fender bulges are bigger, and there's a nice character line that runs from the front to the outer tip of the taillight.

More of the Driving Experience 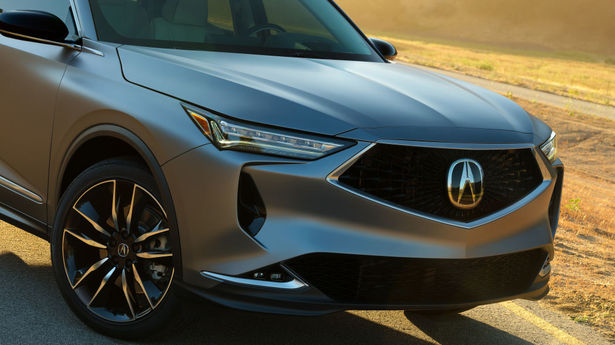 The aggressive redesign will be backed by more power.

The MDX has always been pretty great to drive, but the new MDX should prove to be even better due to a new chassis specifically created for it. The result is increased structural rigidity for improved handling, and ride comfort, as well as a more hushed interior. The front suspension gets upgraded from Macpherson struts to a double-wishbone setup that should make it sportier to drive. 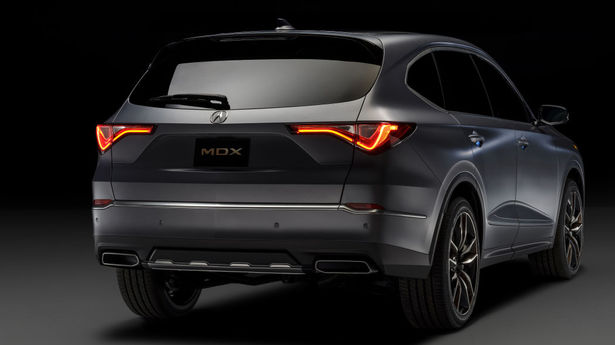 The MDX has never felt lacking in power, but Acura is offering more engine options: the MDX Type S will get the same 3.0-liter turbocharged V6 found in the TLX Type S. It's good for 355 horsepower and 354 lb-ft of torque. The base engine carries over from the 2020 MDX: a 3.5-liter V6 with 290 horsepower and 267 lb-ft of torque. The only transmission is Acura's 10-speed automatic transmission powering all four wheels. All models also receive the brand's fourth-generation SH-AWD (Super-Handling All-Wheel Drive) system.

Supposedly, there will be an option for four-piston Brembo brakes, as well as a drive mode selector that can adjust the MDX's ride, handling, steering, suspension, and engine characteristics. We're guessing these will be available on the sportier Type-S.

The Cabin Gets Upgraded, Too 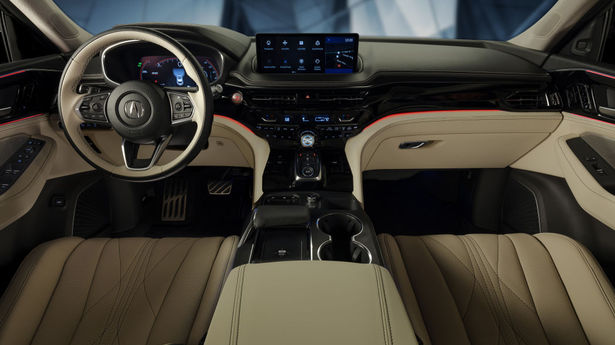 The MDX's interior gets more luxury, better tech, and some fancy sport trim.

We didn't totally love the MDX's interior when we drove it, but it was still a good combination of luxury and sport. It just felt a little bulky in the dash, and we thought the infotainment system looked and operated in a middling fashion. The new one transcends the old one, from what we can tell. The shrouded touchscreen is gone, replaced by a larger on-dash unit, and the second screen in the center stack is gone. The instrument cluster looks to be a large digital info display that replaces the analog gauges, at least on higher trims.

There's also totally redesigned steering wheel that looks less bulky and sportier. The MDX will also offer open-pore wood, quilted leather and contrast-stitched seats in all three rows. Acura says the interior will also be more spacious with increased legroom across the board. Hopefully, that translates to a noticeably roomier third row, which has been a criticism of the MDX. 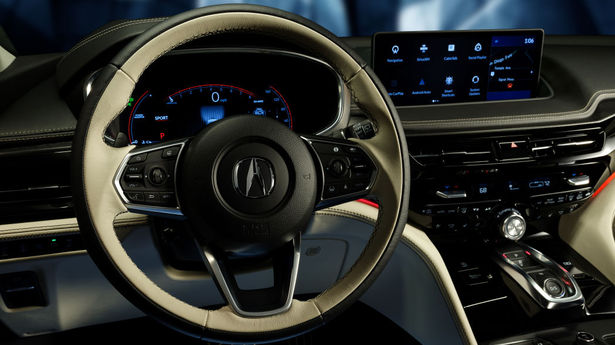 The front seats benefit from available 16-way power with 9 modes of massage to soothe your aching back. The cabin also gets a new ambient lighting system with 27 different lighting combinations that should upgrade the in-cabin experience. 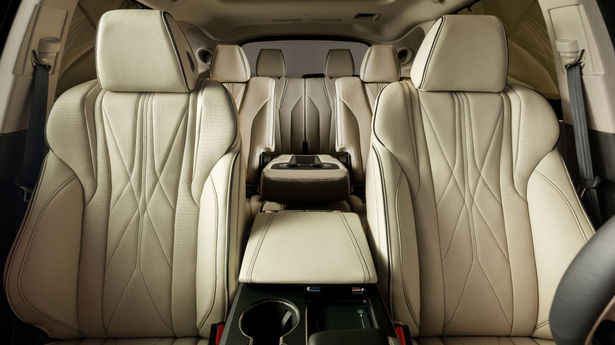 While the prototype isn't officially a final product, it looks pretty close to the real deal. That's quite promising, and the look matches what the brand did with the stunning TLX sedan. There are still numerous details to be disclosed about the models in terms of trim details, packages, pricing, etc. The 2022 base trim MDX will arrive early next year, followed by the MDX Type S in the summer.

The Acura MDX is one of the best premium 3-row crossovers on the planet. Take a look at our full review of the 3rd-generation model below: 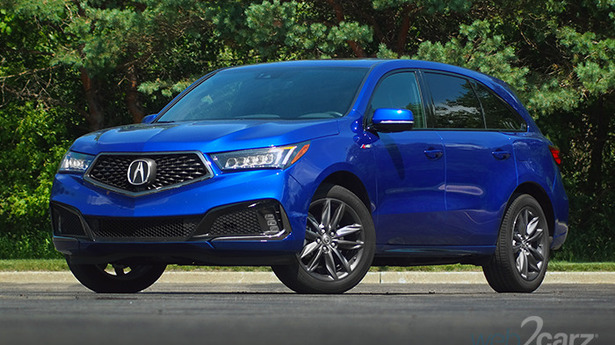