Screw electrification. Give us that sweet W16 engine. 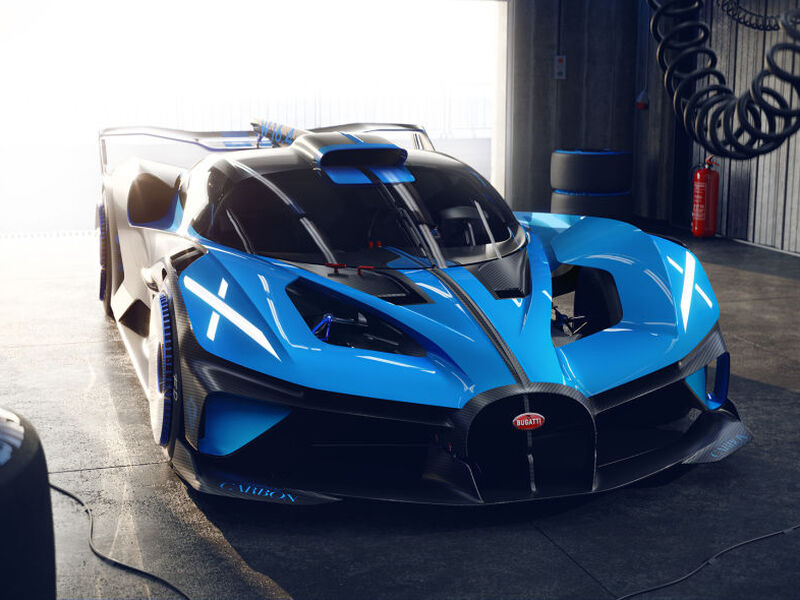 It make the Bugatti Chiron seem a little slow.

It seems that ever since the Bugatti brand was resurrected in the late '90s, it has stunned the world every single time it introduces a new car. The 254-mph Veyron, the 261-mph Chiron, and then a modified Chiron hitting over 304 mph just last year. All of them are alarmingly fast, but now Bugatti has outdone themselves. The new Bolide is a track-only two-seat supercar that eclipses them all. 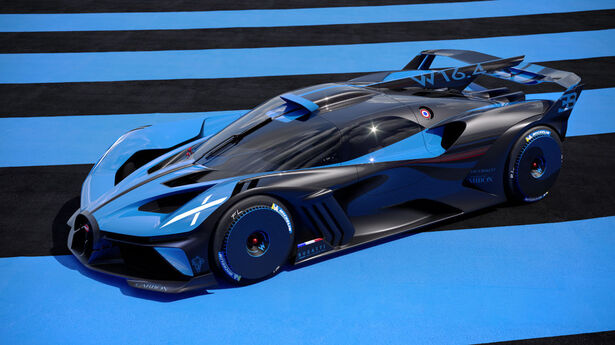 Bolide means "a very fast car" in French. The name is clearly appropriate.

The Bolide Concept isn't a production car (yet) but a singular vehicle that's is built for speed, downforce, and handling. The myriad aerodynamic elements aren't just for show. A massive front splitter, huge intakes and vents, solid disc wheels, a roof intake, a split center wing, and a massive rear diffuser, as well as an adjustable rear spoiler, ensure the Bolide's performance. 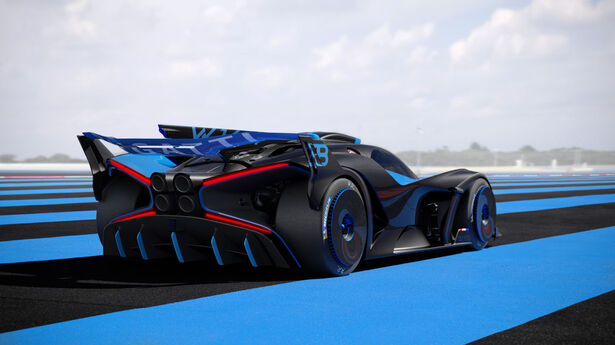 In case you were wondering, the Bolide has a huge engine in the back. It's a quad-turbocharged, 8.0-liter W16 engine with 1,824 horsepower when it gets 110-octane race fuel. The output is 1,600 horsepower on 98-octane gasoline. Although it hasn't been tested fully, computer simulations based on the Bolide's specs show the top speed is over 310 mph and that it has the ability to lap the famous Nürburgring track in 5:23.1 (the current record is 6:44:97 by the Lamborghini Aventador SVJ). If it rings true, then the Bolide will have crushed the record by almost 45 seconds. 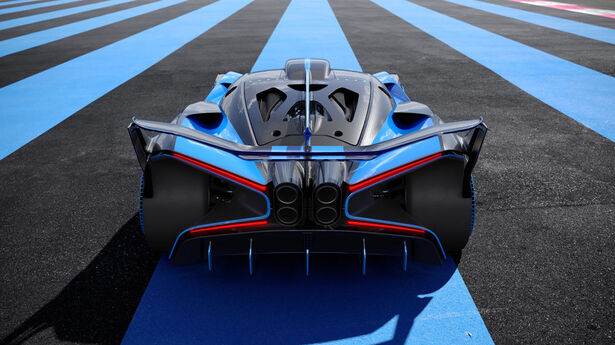 Huge power calls for huge amounts of cooling. There are vents everywhere.

The engine in the Bolide is derived from the Chiron's W16 but receives modifications to extract more power. The four turbos are newly developed versions, and the Bolid also receives new intake ane exhaust systems to move more air through the vehicle. Even the oil system has been updated to manage increased forces. Torque is a whopping 1,364 lb-ft. That's quite a bit more than the Chiron's 1180 lb-ft. 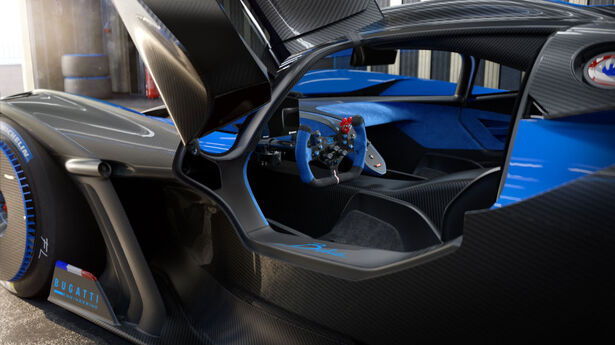 The incredibly light sub-3,000-lb weight is the result of exotic materials including carbon fiber and titanium. Even the screws and fasteners use titanium, so no detail was overlooked. The roof-mounted air scoop even has an outer skin that develops bubbles at high speeds in order to reduce the aerodynamic drag. We've never even heard of such a thing. 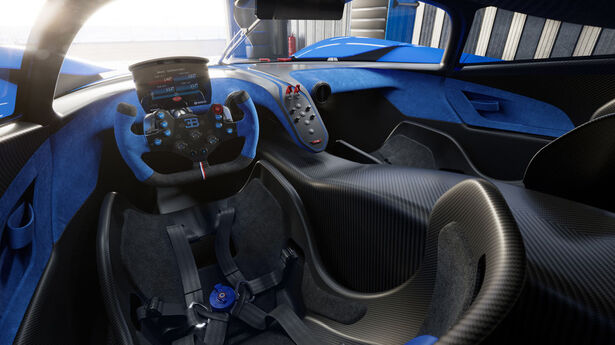 An F1-style steering wheel, carbon fiber racing seats, and a ton of blue suede make for one cool cabin.

Big scissor doors open up to a cabin that's tight but luxurious. Drivers have to get over the big door sills and tuck their feet in to enter. Inside, there's a bi-color cabin with blue Alcantara suede on the dash, door trim, and even the square steering wheel with race controls. All vehicle data shows up on a flat screen in front of the driver. The center tunnel is a huge mass of smooth, matte carbon fiber that matches the racing bucket seats.

While there's no word on whether or not the Bolide will ever be produced, Bugatti hasn't ruled it out. In terms of cost, think multi-millions of dollars. It'll make the $3 million Chiron seem affordable. Perhaps it will even show up in a race series somewhere.