Shots of the 2021 Nissan Frontier are All Nissan Navara, and That's Great News

It took forever, but it appears to be worth the wait 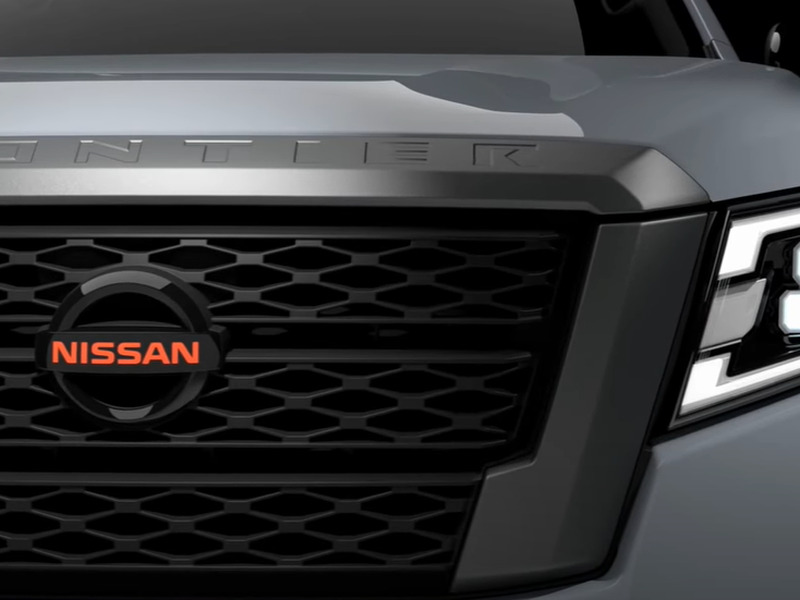 The proof is in the presentation. Yes, that says "FRONTIER"!

Nissan needs a new Frontier like a drowning man needs oxygen. After sixteen years on the market with the same small pickup, the current Frontier against modern pickups is like a neverending season of "The Golden Girls" that's trying to compete against the likes of "The Mandalorian" and "The Witcher". Sure, the 2020 Frontier just got a new engine, but the rest of the truck is Jurassic. Well, the wait for the new Frontier is just about over, and a recent YouTube video from Nissan Mexico shows us "Frontier" badging on the Nissan Navara that's sold overseas. This is good news, indeed. 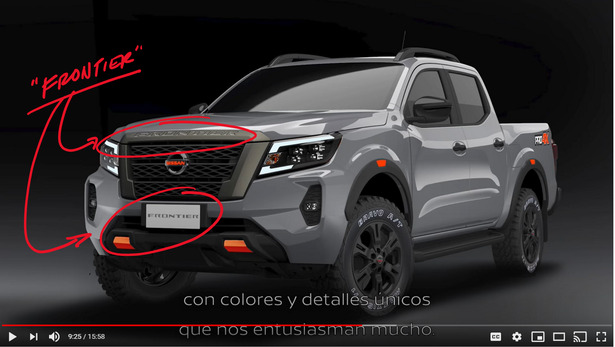 Yes, this is pulled straight from the Nissan Mexico presentation. We point out where it says "Frontier".

Just take a look at the lead photo and the one above, pulled from the 15-minute video clip released by Nissan Mexico. It clearly shows the truck with the badging and the model plate on the front bumper. This isn't some rending from the interwebs, it's directly from Nissan. Nissan also released photos of the Nissan Navara, the sister truck sold overseas. While our current Frontier never got redesigned the way the Navara did globally, it looks like the two will finally be pretty much the same, with the exception of left-hand drive for the states. 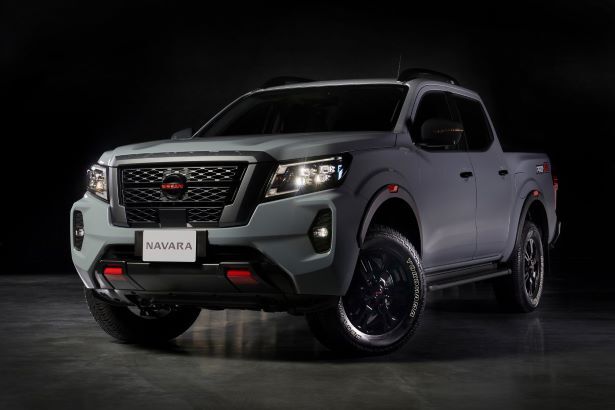 While the brand resemblance is clear, especially with the grille, we're thrilled to see that the Frontier/Navara doesn't look exactly like the slow-selling Nissan Titan pickup truck. The headlights are very different from the Titan. The Frontier appears to have quad beams within a single housing instead of the dual housings on the titan. The foglight housings are also set higher on the bumper with a vertical cutout and protruding bracketed frames.

The fenders get nice bulges all around, and the body receives contours that give the Frontier more presence. The taillight treatment is a multi-lens setup that's complex without being overstyled. The rear door just before the C-pillar gets a nice uptick that adds character. In terms of what's under the skin, Nissan has given the truck a stronger rear axle for greater payload, a new steering rack for better responsiveness, and increased soundproofing inside. It also gets an intelligent mobility package with the addition of forward collision warning, emergency braking, and an upgraded surround-view monitor with four cameras. 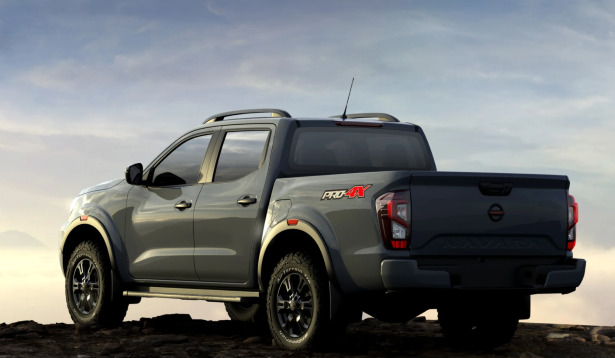 It looks like the photos show a tougher, more off-road focused Pro-4X trim that showcase details like a black "interlocking frame" grille, black and red emblem, black door handles, as well as a black roof rack and running boards. The Pro-4X also gets a contrasting red-accented front bumper and 17-inch black wheels with all-terrain tires. No word on whether or not the package will be available on the U.S. Frontier. 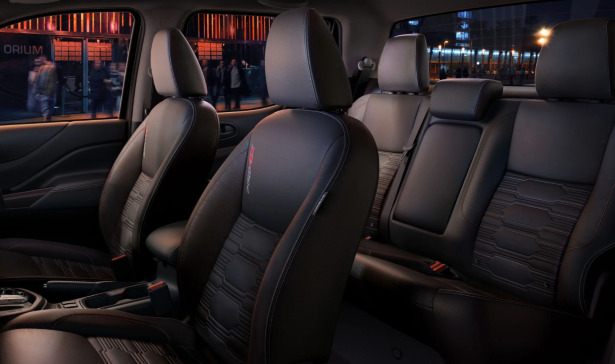 The interior shot looks great with its patterned inset seat cushions with contrasting red stitching (Pro-4X only, probably). Overall, the interior appears to be seriously upgraded from the rather dated Frontier we have now. Power will come from the Navara's 3.8-liter V6. Is this official? Of course, the brand isn't saying so, but all indications point to the Navara and the Frontier sharing quite a bit. We won't know the final product until the U.S. debut, which should be very soon--and it can't be soon enough.