The 2022 Hyundai Tucson Wants to Kick Ass and Take Names

No detail of Hyundai's best-selling crossover was overlooked

Hyundai's designs are about as edgy as any we've seen.

Hyundai cares about the Tucson. It's the brand's best-selling vehicle, and it actually outsells the likes of the Jeep Compass, as well as the newer Chevy Blazer and Volkswagen Tiguan. And this is for the current generation's final year of production. So, it behooves the brand to build something that will grow model sales and help cement the Tucson's reputation for value and style. It seems Hyundai has done just that with the official unveiling of the 2022 Tucson. 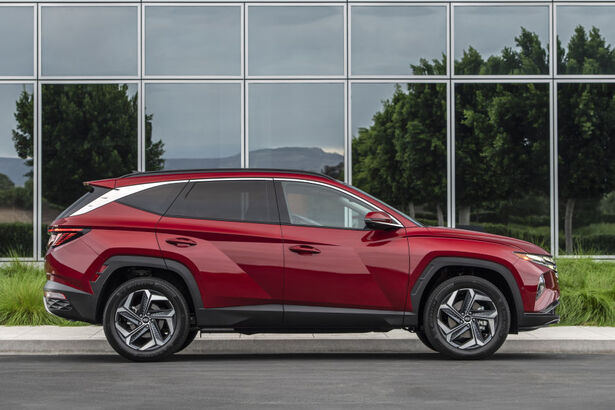 Those lines we saw were not some concept. It's the real deal.

The Tucson you see here is the 4th-generation vehicle, and it's about as radical as any small crossover can get. Not only does it sport the most dramatic lines of any crossover we've seen, it even pushes beyond the likes of more premium fare like the Lexus UX. Let's get up close and personal with some of the details of the new crossover. 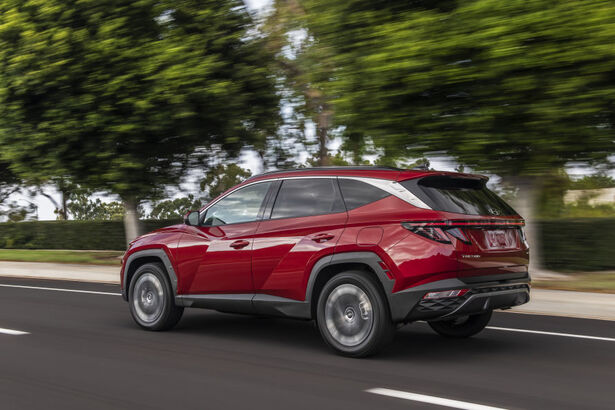 Hyundai is expanding the power options for Tucson, and the timing is right for it. For 2022, there will be a total of three different engine choices: 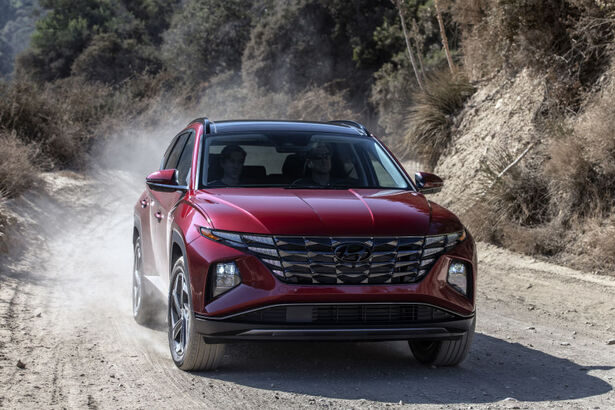 Although the Tucson PHEV won't be the most efficient model out there (the RAV4 Prime gets a whopping 94 MPGe and 42 miles of all-electric range, in addition to being seriously quick), it provides the Tucson with a more efficient option for car shoppers that love the styling but want more efficiency.

Interior Comfort and Technology Get a Boost 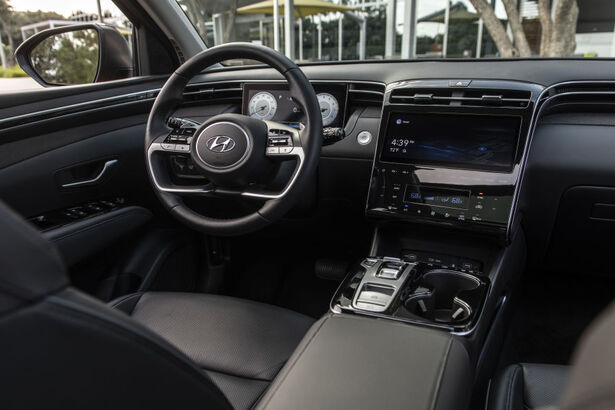 The Tucson's cabin receives some of the excellent trickle-down from the bigger Palisade.

One look at the Tucson's interior, and you'd have to say it's a level-up from the already very good cabin in the current vehicle, to the point that it looks like it belongs in a pricier crossover. In terms of space, it looks like the U.S. is getting the long-wheelbase version, and the Tucson's cargo space increases by a shocking 7.7 cubic feet to 38.7, up from the current model's 31 cubic feet. The increase can be explained by a growth in the Tucson's overall length by 6.1 inches. This should bode well for families that need more hauling capacity, and we're guessing rear legroom should also increase.

The instrumentation might be the most interesting aspect of the interior. There's a big hoodless gauge cluster in front of the steering wheel. Not only does it look great (and it changes depending on the driving mode selected, just like the Palisade and Sonata), it's also a mystery as to how it shuns glare on sunny days since there's nothing to shield it. We'll have to drive and let you know.

The Tucson also has an optional (and very large) 10.25-inch touchscreen that's situated at the top of the center stack. The standard version is a decently sized 8-inch version. All vehicles come standard with wireless Apple CarPlay and Android Auto, which isn't even an option on some of its competition. To save on space, the gear selector is no longer a standard shift knob. It's been replaced by a push-button version like the Sonata and the Palisade. We're not huge fans of this kind of system, but it's one of the better versions we've come across. 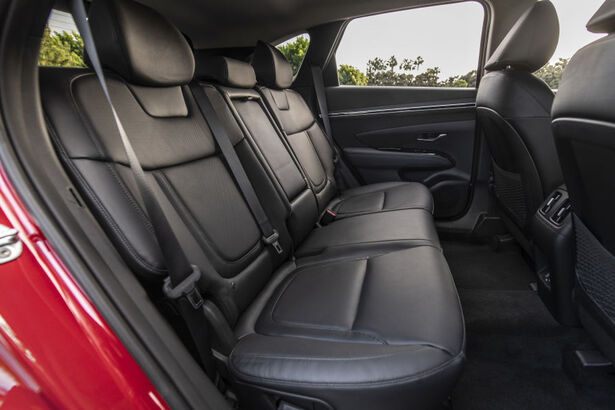 The Tucson will also come with available Smart Park, Digital key, and the blind spot monitors in the gauge cluster, a feature every car should have, frankly. No interior dimensions have been provided, but the rear seats look more spacious with what appears to be an abundance of legroom, which should address one of the current Tucson's shortcomings, if you will.

It looks like the Tuscon will be an even more ferocious contender in the small crossover segment, one of the most competitive segments in the automotive industry. Pricing and additional details should come well before the 2022 Tucson (gas and standard hybrid) arrives in showrooms in the spring of 2021.

The current-generation Hyundai Tucson is one of the best values around. Read our full review below: 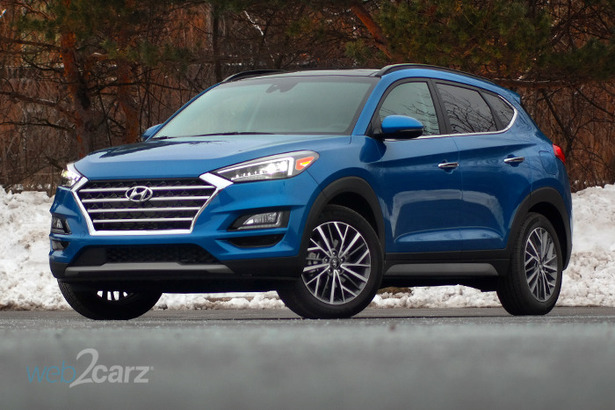 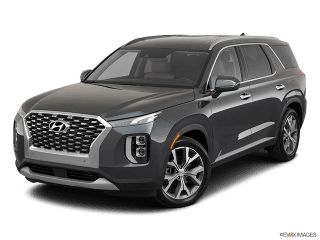