Might as well since it's about as fast as an airplane 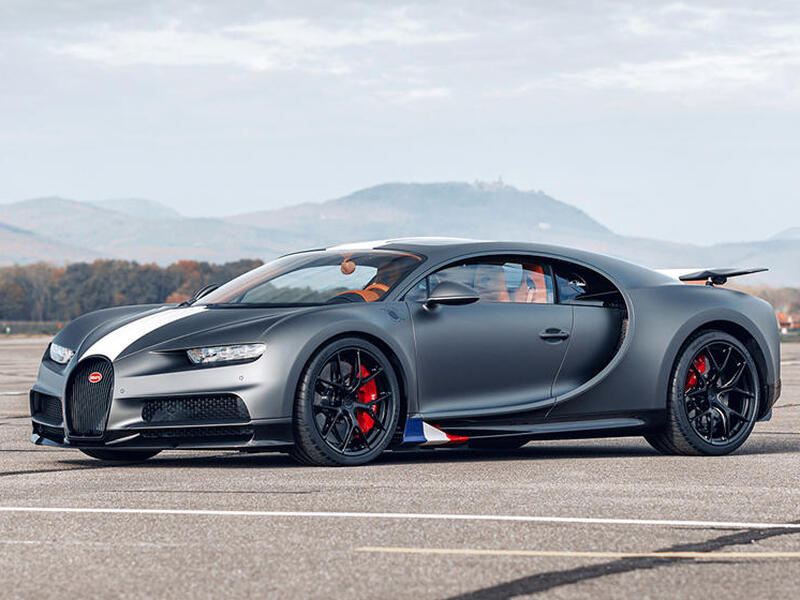 All it needs is two more wings.

Bugatti makes some of the fastest and most exotic cars around, and they regularly break records. More than just supercars, they're more like hyperexotic performance cars thanks to massive engines, bespoke interiors, and limited production runs that make even those with tons of money weep just to get their hands on one. Now, the brand has unveiled a truly special version known as the Chiron Sport Les Legendes du Ciel (Legends of the Sky), which celebrates the brand's aviation past.

The Les Legendes du Ciel is based on the $3.26 million Bugatti Chiron Sport that was unveiled in daring red and black at the 2018 Geneva Motor Show. That car boasted a 40-pound weight drop over the standard Chiron, and it cost about $260,000 more than the base car. This model is even more special with a mere 20 units built. 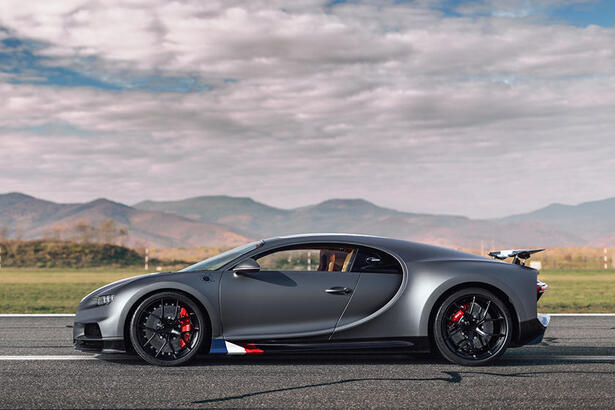 The founder of the Bugatti brand was Ettore Bugatti, who always had a fascination for aviation. He even designed aircraft engines prior to the start of Bugatti automobiles. What sets this version apart from other Chirons is a matte-grey Gris Serpent paint, a color that pays homage to airplanes built in the 1920s. Side sills receive a special Le Bleu-Blanc-Rouge tricolor highlight. Even the Bugatti grille gets a new pattern made from a blackened and laser-cut aluminum. 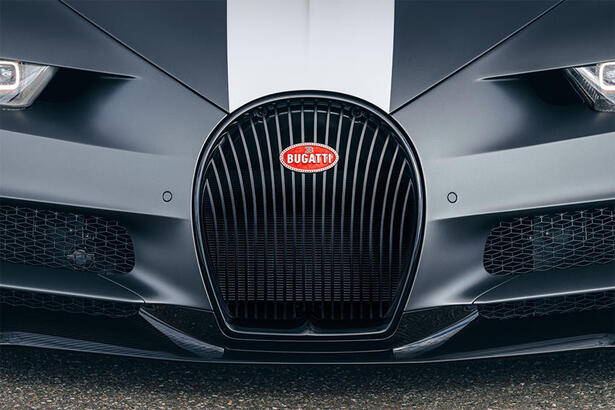 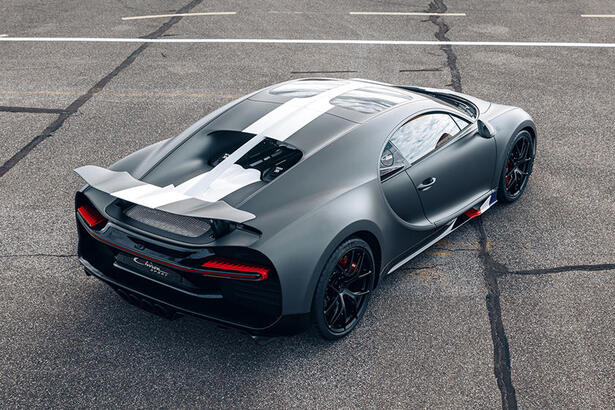 The new wing is specially formed and adjustable.

Immediately noticeable on the door panels is a hand-sketched racing scene. It features a Bugatti Type 13 and a Nieuport 17 aircraft. The Nieuport 17 was a high-performance aircraft in its day, and it was known for speed, agility, and power. The Bugatti Type 13 car actually exhibited similar land-based qualities, hence the association. Likewise, the Chiron Sport is powered by a hulking, heavy-breathing 8.0-liter W16 engine with 1,479 horsepower and 1,180 lb-ft of torque.

All Chirons have rich interiors, but the artwork here in the Les Legendes du Ciel is special.

Only 20 of the Les Legendes du Ciel will be built. The hand-crafting of these limited-production models starts in 2020, and we're sure they're already spoken for. That's not hard to believe given how significant the model is, but the astronomical $3.42 million price tag isn't easy to swallow.