The fastest F-PACE gets improvements all around 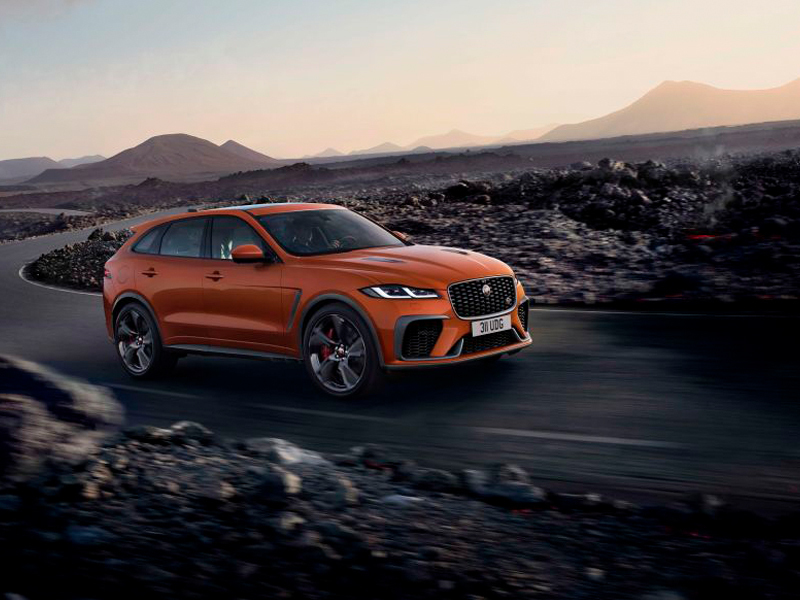 Still not the fastest or most opulent but way better than before.

The Jaguar F-Pace SVR is a beast of a performance SUV, and it's quite the looker, too. But it seems Jaguar is not content resting on its laurels, especially when vehicles like the Alfa Romeo Stelvio Quadrifoglio and the BMW X5 M Competition want to eat its lunch. So, for the 2021 model year, the F-Pace SVR gets more of everything: looks, power, and tech. 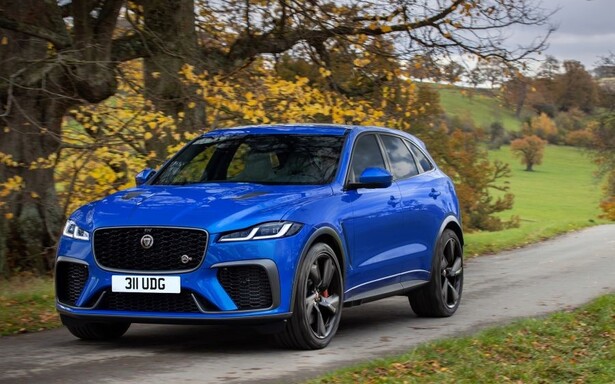 Exterior changes are minimal but effective.

There's not much a first glance at the new 2021 F-Pace SVR will reveal any real differences, and you really have to put them side-by-side not notice. The overall look has been sharpened with revised headlights and taillights, intakes, and body creases. Drag is reduced significantly, to the tune of 35%. There's also a new black wheel design that looks more aggressive and matches the body trim along the rocker panel, fenders, and intake framing. 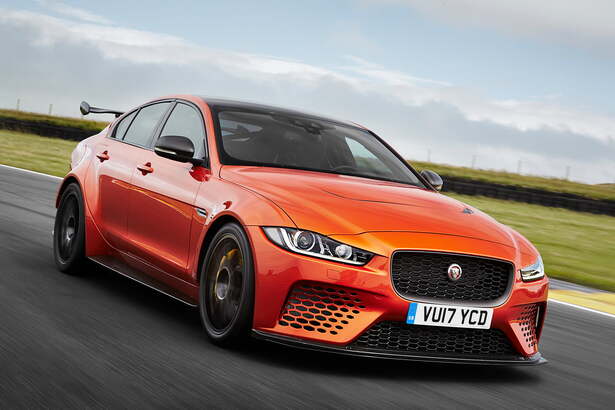 The hyper-exclusive XE Project 8 has bequeathed some nice performance tech to the new F-Pace SVR.

Under the hood of the F-Pace SVR is still the same potent supercharged, 5.0-liter V8 that's good for 550 horsepower, but its torque has jumped from 502 to 514. That means the 0-60 time has dropped to 3.8 seconds from 4.1, which is signficant. Its top speed increases marginally from 176 to 178. What's the most significant, however, are the new torque converter from the 592-horsepower XE Project 8, along with a Dynamic Launch function that keeps power to the wheels smooth and uninterrupted during transmission shifts. 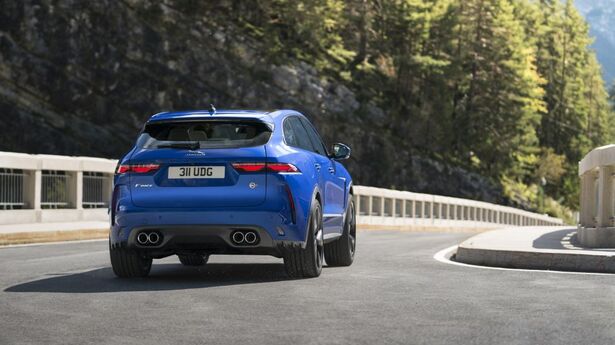 The F-Pace SVR also receives revised suspension components and a retuned steering system for quicker inputs and precision. The vehicle's braking system has been recalibrated with an electric booster that improves braking responsiveness. All these important improvement should result in an F-Pace that's quicker, faster, more responsive, and better when coming to a stop. 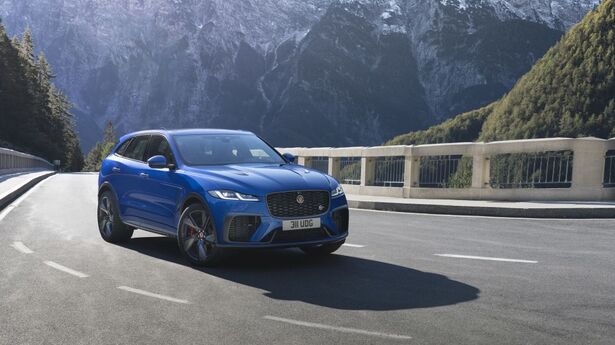 Buyers will notice the biggest visual and operational changes inside the vehicle. The entire look and feel of the cabin is much improved. A new 12.3-inch high-definition touchscreen for the Pivi Pro infotainment system is larger, more vivid, more responsive, and able to receive over-the-air software updates. The SVR also now includes a wireless device charger and active road noise cancellation. 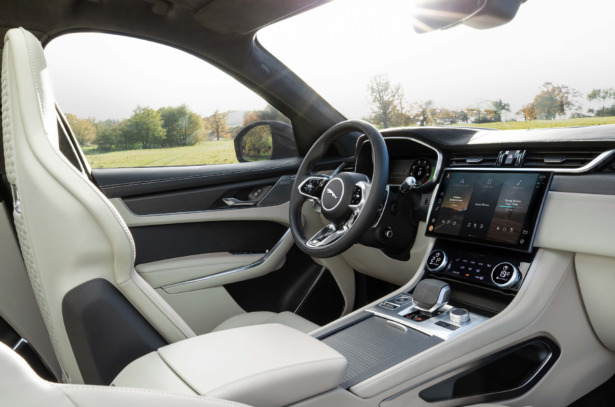 The revision to the chunkier gearshift selector is quite remarkable. It moves away from the somewhat cheap looking/feeling joystick shifter to a shorter, chunkier unit with the SVR logo embossed on the grip, a very nice touch. The new center console also provides more storage space than the previous model and now has a large sliding door. The dash is also leaner, the climate controls have been redone, and there's a new split-spoke steering wheel. The F-Pace SVR also receives standard aluminum and Alcantara suede trim. You can opt to upgrade trim to real carbon fiber and also upgrade seats to sportier versions with more aggressive bolstering. 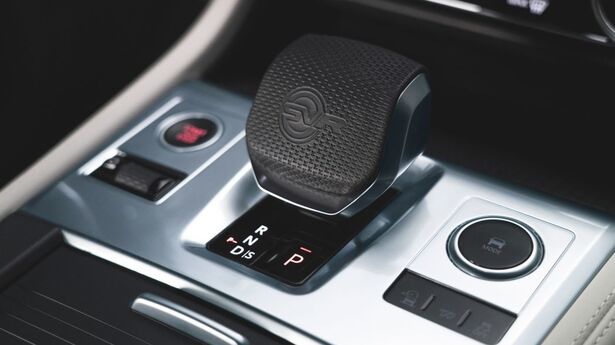 It's clear that Jaguar is making its wares more upscale, especially inside. It's been a criticism of past models that cost a lot but haven't exactly provided premium interior comforts and tech. We hope our experience behind the wheel is even more rewarding, that the infotainment tech is easier to operate, and that photos of the improved interior translate to a better in-car experience. No pricing or sale date has been announced yet, but we expect it to be within the next few months.

The Current Jaguar F-Pace SVR is a monster of a crossover. Read our review of the current model below: 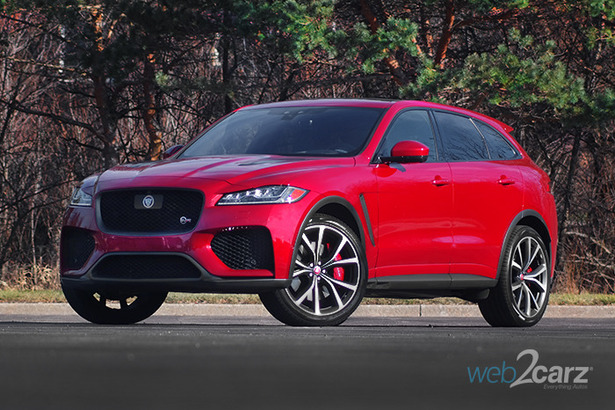