This is What the 2021 Nissan Armada Will Look Like

The 2020 Nissan Patrol shows the way 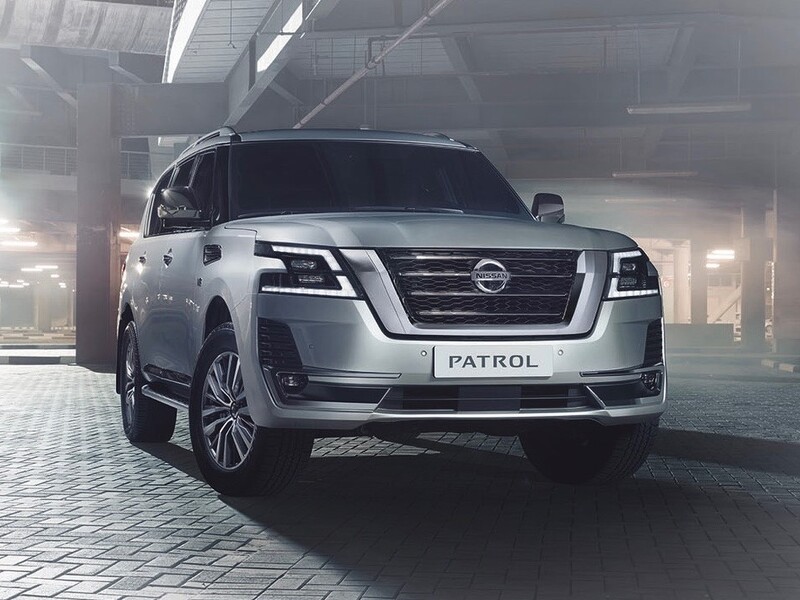 It looks decidedly less rugged and a bit more refined.

We really do love the Nissan Armada. It's one of the few body-on-frame vehicles left. It looks great, has ample room for seven, and the Zero Gravity seats are some of the best in the industry. We won't talk about the infotainment system (the one thorn in its side). We also love the fact that it's less pretentious than its Infiniti QX80 sibling but has the same power, comfort, and off-road capability. Now, it looks like the Armada will get a refresh for the 2021 model year. 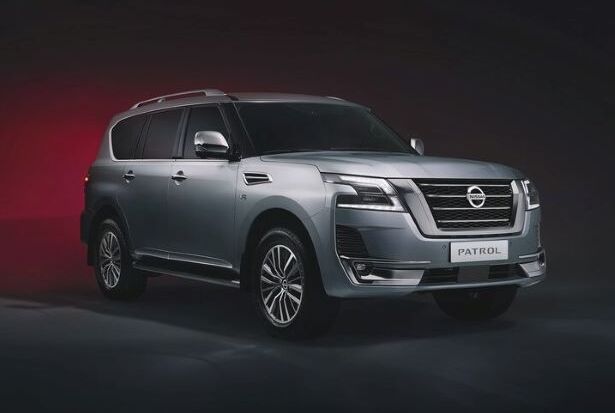 Although we're not 100% sure it's going to look like the 2020 Nissan Patrol (the version sold overseas), our guess is it's going to be pretty much the same. While that's not necessarily a bad thing, we kinda liked the Armada the way it was. It looks like the brand wants it to be more distinctive in a competitive market. The full reveal for the refreshed Armada will be on December 8th, so we won't have to wait long to find out if it's identical to the Patrol. 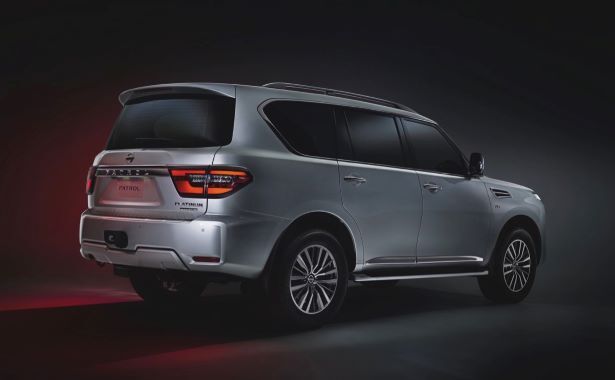 The photos of the Patrol you see here show revised front and rear fascias that look more refined than the current model's. The mesh grille from the current car gets a bit fancier, and the chrome V-Motion grille gets swapped out for more of a matte finish version. The headlights look completely different with a bracketed/C-shaped version with a protruding detail from the outer edge of the fascia. It's a much busier look overall.

The rear end of the Armada/Patrol has also been changed, but it's not as prominent as the change to the front end. The taillights are no longer squar-ish. They're now tapered at both ends and extend further inward toward the license plate cutout. They now meet with the center chrome bar and provide a more unified look. 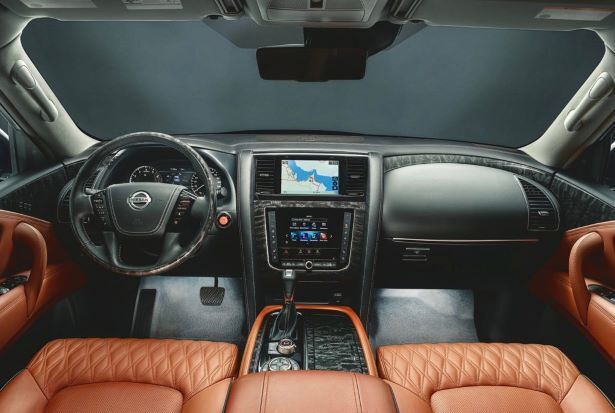 The interior of the Armada/Patrol looks more or less the same as the current model with some key exceptions. Seat quilting appears more refined with diamond stitching on the thigh bolster. New trim materials look more opulent. The biggest change is in the center stack. Gone is the strange infotainment control deck below the screen, and it's been replaced by a second screen that incorporates menus, flanking physical buttons, and a line of audio controls at the base. We're hoping it makes controlling systems easier. We're not sad to see the cheap-looking chrome and plastic buttons in the current Armada.

Power in the current Armada will likely carry over in the form of its 390-horsepower naturally-aspirated V8 mated to a seven-speed automatic. We'll know more about the 2021 Armada early next week.