It makes the old one look, well, old. 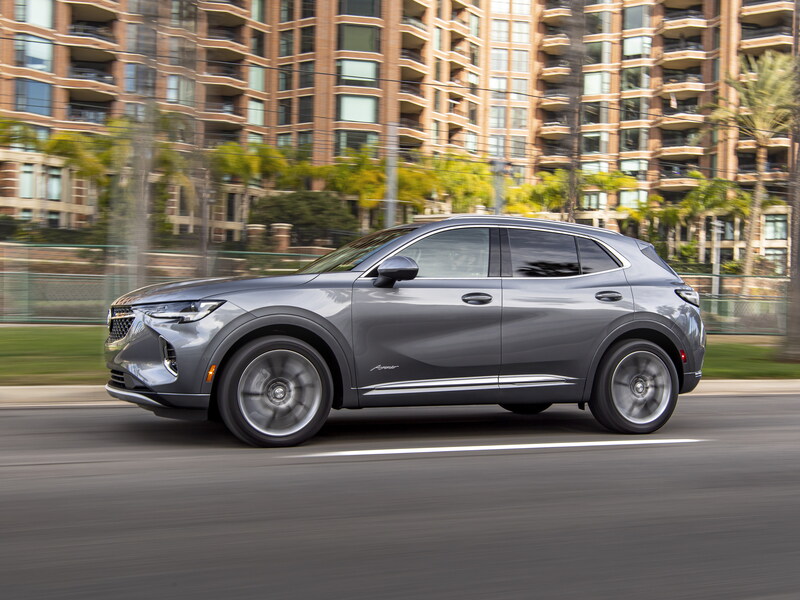 The Buick Envision is a good near-luxury crossover that sells pretty well for the brand. It's just not that great looking, to be honest. Kind of an afterthought, really. It gets outsold by the larger and pricier Enclave and by its smaller and recently redesigned sibling, the Encore GX. The brand wisely refreshed the Envision for 2021, and the result looks more like a total redesign. The 2020 Envision is a bit disjointed and ungainly looking, so the new look should help drive sales up. 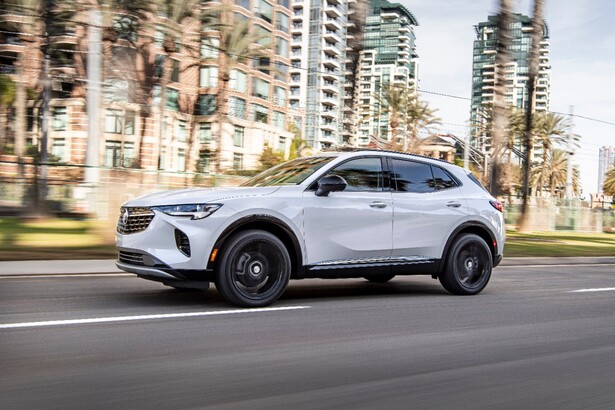 The exterior of the new Envision is a total transformation from the dowdy first-gen model.

The body looks more muscular and angled in the right places rather than the overly thick look of the 2020 model. The weird bulge over the front fenders that flowed into the lower half of the body is gone, and it no longer looks like Dollar Store BMW X5. The entire front fascia is new, and it loses the strange and over-angled headlights with more of a wraparound design with a complex inner edge. There's some resemblance to the new Acura MDX if you squint a little. 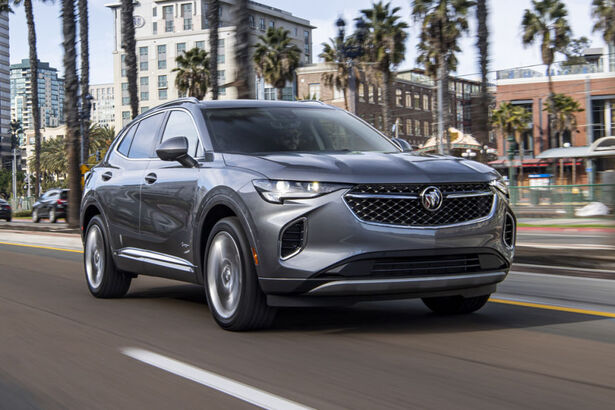 The whole look of the Envision has been changed to the point where it looks like a totally new vehicle. The body exhibits more sinew from tip to toe, and the roofline is more angled. It just looks like a more cohesive, more aggressive, and overall better designed crossover. Whereas the outgoing model looks like a bit of an automotive wallflower, the new one is a headturner.

The Envision also gets a new top trim Avenir, which amps up the looks and the luxury in the Envision. Avenir models get standard features like upsized wheels, Avenir body trim, heated and ventilated front seats, a massaging driver's seat, and heated outboard second-row seats. It also has a new optional adaptive suspension system that should aid in ride and handling. 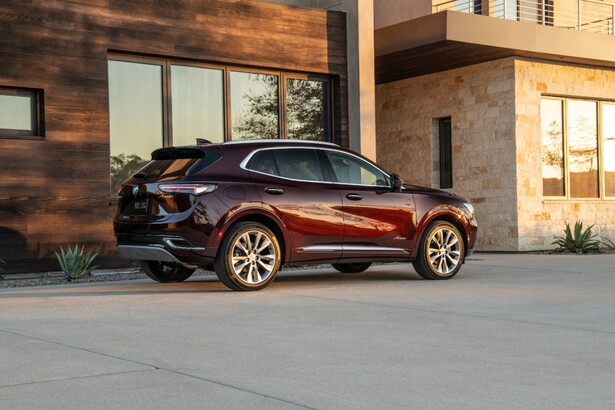 There have been changes to the powertrain, as well. Instead of two engines: a 197-horsepower 2.5-liter four-cylinder engine with a six-speed automatic transmission and a 252-horsepower 2.0-liter turbocharged four-cylinder engine mated to a nine-speed tranny, the Envision gets a single 2.0-liter turbo engine good for 228 horsepower and 258 lb-ft of torque, mated to a nine-speed. Front-wheel drive is standard, and GM's twin-clutch all-wheel-drive system is optional. 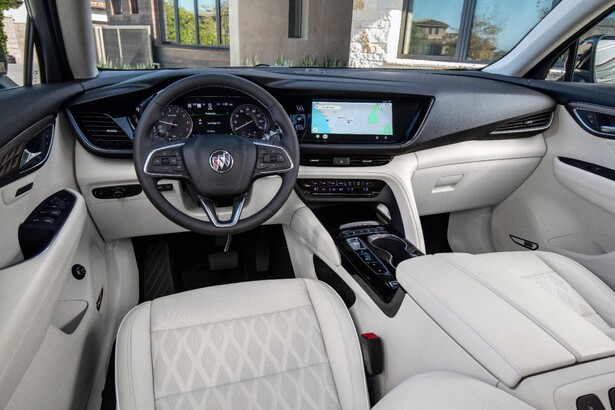 The interior of the refreshed Envision is more luxurious, too.

The interior changes aren't as significant as the exterior design updates, but improvements to the look and feel are noticeable. There's a redesigned cabin that updates the center stack, center console, steering wheel, and instruments. Gone is the traditional shift knob, replaced by a pushbutton version, just like the one in the new Enclave.

The infotainment screen is new and larger, as well, and it no longer has cluttered controls in the frame. Most of the controls have moved from physical buttons and knobs to touchscreen controls, which might make things harder to use, but the look is cleaner and more upscale. New standard tech includes standard forward collision warning, front pedestrian braking, and rear park assist. You can add features like a head-up display, wireless Android Auto and Apple CarPlay, and a hands-free power liftgate. 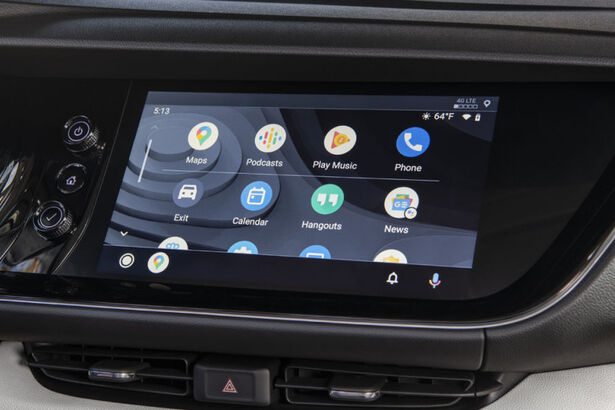 The refreshed Envision starts at $32,995 (including destination), and it's actually in dealerships already. It's a great refresh that really does change the whole look of the Envision, and it should be a big boost for the brand. Kudos to Buick for doing more than just a minor makeover, which shows that it's fully committed to taking the brand in the right direction, along with the refreshed Enclave.