Going after the Ram TRX 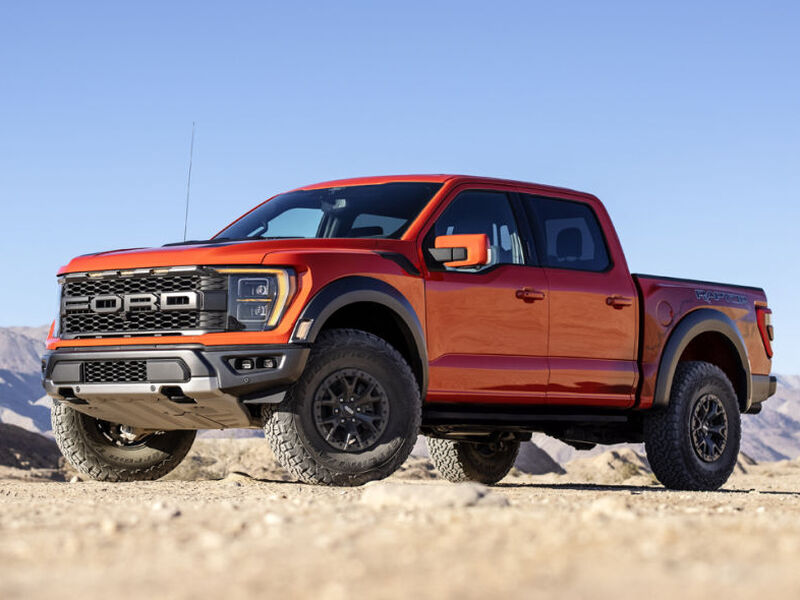 It can take on a desert rally in bone stock form. That's impressive.

The Raptor is the first bona fide performance pickup truck that's almost as good on pavement as it is off-road. But critics have poo-pooed the use of the EcoBoost V6 engine for the second generation with no V8 option. Now, we've driven the EcoBoost Raptor, and it's no slouch. Keep in mind that the 3.5-liter V6 is backed up by twin turbochargers and delivers 450 horsepower and 510 lb-ft of torque. But the first-gen V8 SVT Raptor churned out 590 horses and 590 lb-ft. It seems the V8 voices were loud enough, and Ford listened. 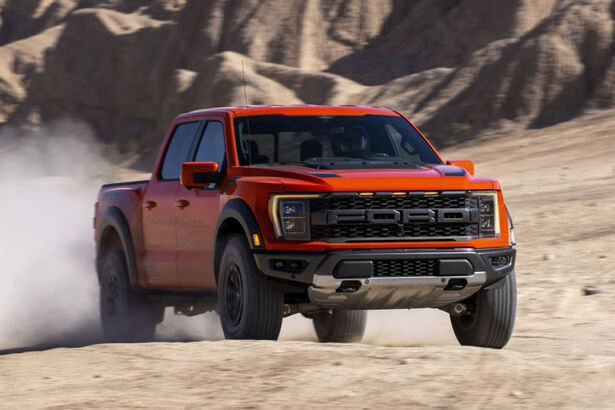 Ford is, in fact, bringing back the V8 in the form of the Raptor R, and it also went ahead and gave the Raptor a totally redesigned coil-based suspension and an optional 37-inch factory tire setup. It's worth taking a look at, especially in light of the fact that the monster Ram TRX stole the performance truck podium from the current Raptor in 2020. 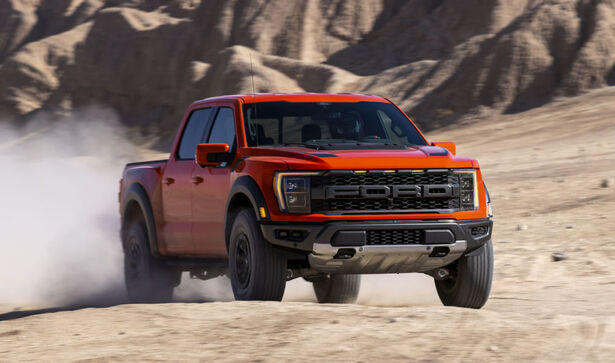 The Raptor R hasn't been revealed yet, but it's gonna look meaner and move faster than the stock Raptor, which is already crazy quick.

Although Ford hasn't provided any power output info on the 2022 Raptor R, the blue oval has formally stated that it will have a V8 engine. We don't know displacement numbers, horsepower, or torque, but it's likely that it will get a modified version of the super-potent 5.2-liter supercharged V8 from the current Mustang Shelby GT500, which churns out a whopping 760 horsepower and 625 lb-ft of torque. The 2022 Raptor gets a four-wheel-drive system with an electronic locking rear differential and optional limited-slip differential up front. 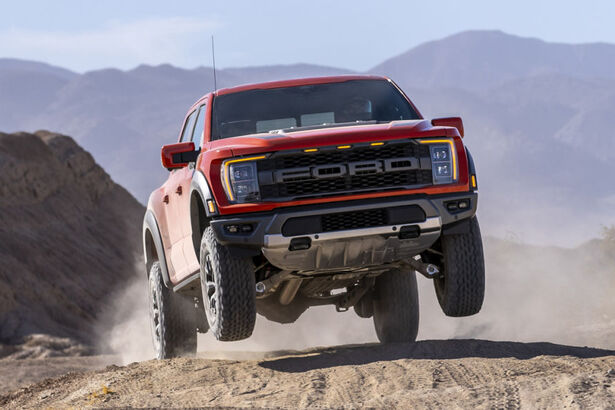 High-speed air is one of the Raptor's many talents.

If those output numbers are correct, that means the Raptor R will beat the Ram TRX's horsepower by 58 but will be down 25 lb-ft of torque compared to the TRX's 650. The Ecoboost carries over from the outgoing truck. It looks like the 2022 Raptor will have a bit more power, somewhere around 475 horsepower, or 25 more than the 2020 Raptor. That's still serious business in terms of performance, so don't think of the High Output EcoBoost mill as a compromise in any way. 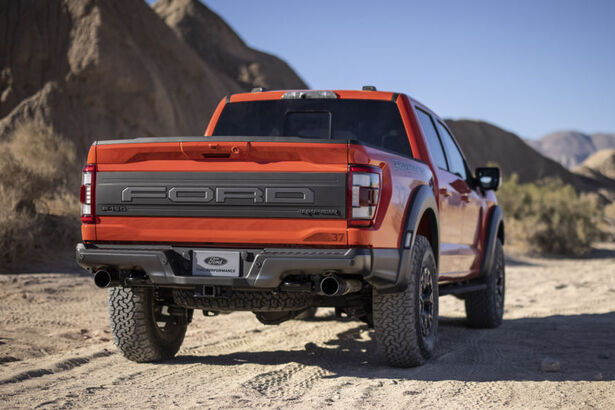 While everyone wants more power, true off-road devotees care just as much (or more) about the suspension. The new Raptor's rear suspension is now a coil-sprung, five-link setup with extra-long trailing arms, a Panhard rod, and Fox Live Valve internal-bypass shocks that surprisingly have twice the damping capability of the old model's. The outgoing Raptor was already very good on road, but the new coil setup will improve its pavement manners, and that's good news considering the rave reviews of the TRX's driving experience. 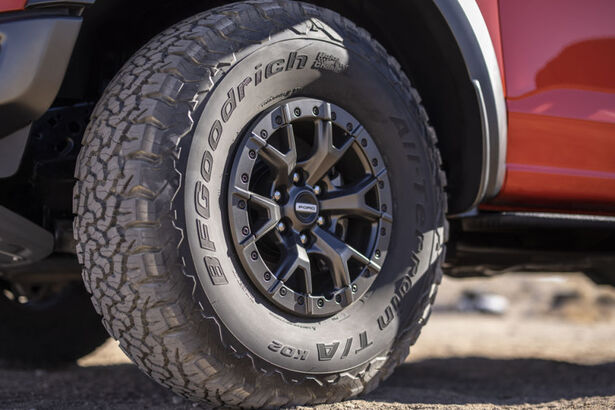 These 37s on beadlock wheels are serious business and not just for show.

The new suspension also provides for more travel, increasing it from 13 front/13.9 rear to 14 front/15 rear. That's with the stock 35-inch tires. If you upgrade to the new 37-inch factory tires, the travel drops to 13/14.1. And that's the other big news. The big 37-inch wheel and tire package means more than just upsizing. The bed and subframe for these tires are dedicated to clear the larger diameter tires. Ford also adds more substantial Fox shocks for this setup. You can't just add these 37s to the Raptor with 35s. 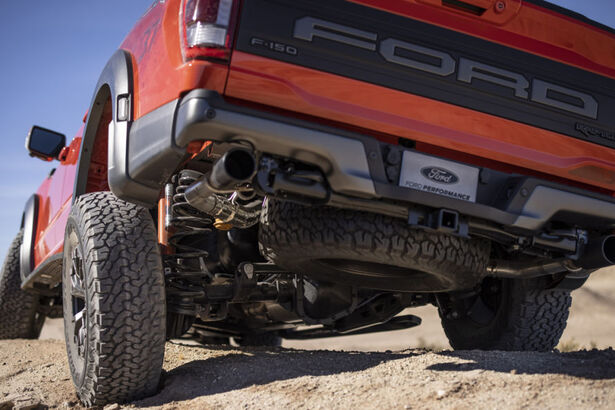 Suspension travel and articulation are meant to be used in the rough. 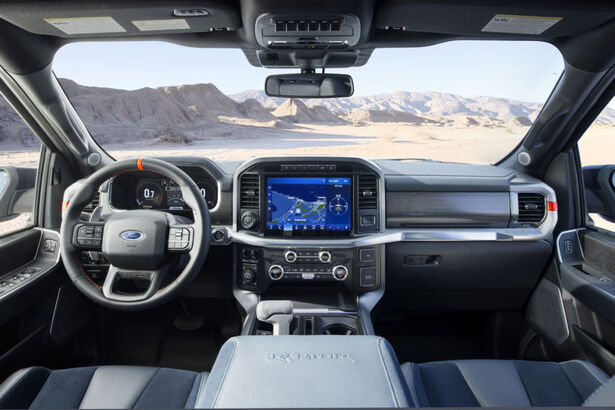 A sportier version of the new F-150's interior shows up in the Raptor.

The interior of the Raptor is all-new, and that's great news. Improved layout, tech, materials, and comfort should make it as plush inside as the exterior and the mechanicals are rugged. It gets a Raptor-specific steering wheel with orange contrast stitching and the 12 o'clock stripe for pit stop tire changes (sure, you'll need it). The leather seats with contrast-color suede should provide extra grip.

Ford's new SYNC4 infotainment system is standard, and there's a big digital instrument cluster that's a pleasure to read. It includes the awesome driving mode graphics and animation from the F-150. It also borrows the F-150's optional retractable shift knob and fold-out work surface and the 2.0-kilowatt Pro Power On Board generator. 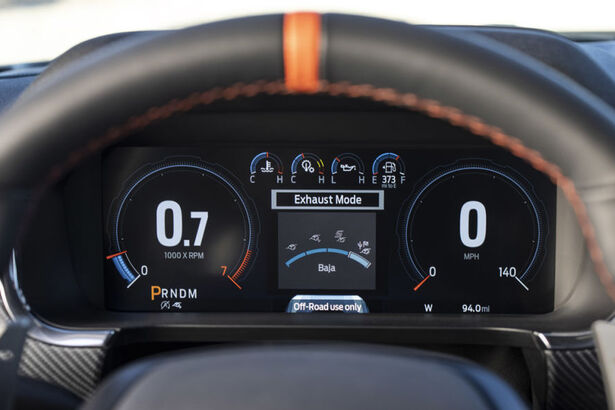 Deliveries should begin this summer, and we'll also know more about specific outputs of the EcoBoost V6 and the Raptor R's V8 engine. It should be interesting to find out who will be the king of the hill when the Raptor R comes out. It will be a battle royale, indeed.

The Ford F-150 Raptor is one of the best pickup trucks around, and a used model might be your best bet. Read our full review below: 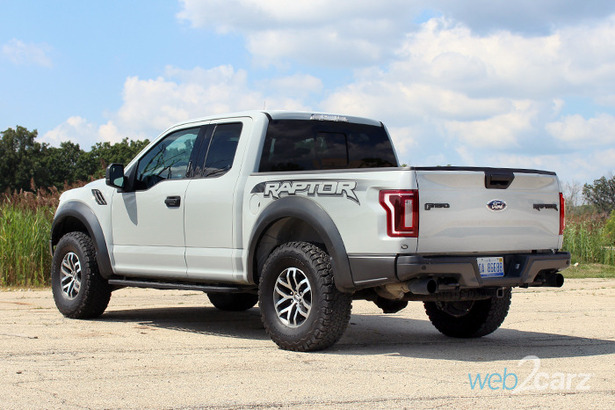