The Bugatti Centodieci is 1,600-HP Worth of Hyper-Exclusive Awesomeness

Only 10 of them will be built 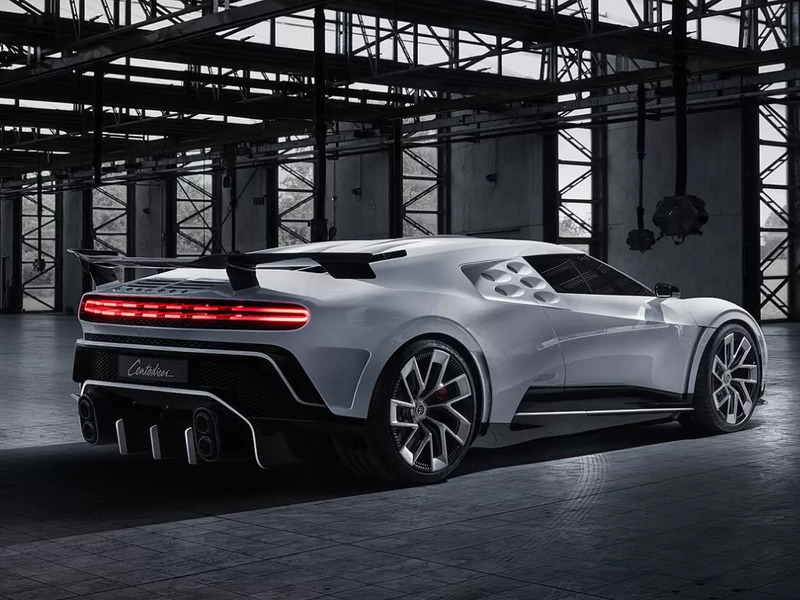 If you're lucky enough to see one on the street, start snapping shots.

There are supercars and then there are supercars. Even the awesome Bugatti Veyron and Chiron must bow to the new king, and it's known as the Bugatti Centodieci. The incredibly limited-run supercar is an homage to the iconic Bugatti EB110 from the 1990s, hence its name, which translates to "one hundred and ten" in Italian. The Centodiece was introduced in 2019, and the hand build process is now underway by the French company. Let's take a closer look at this other-worldly supercar because it's unlikely you'll ever see one in the flesh. 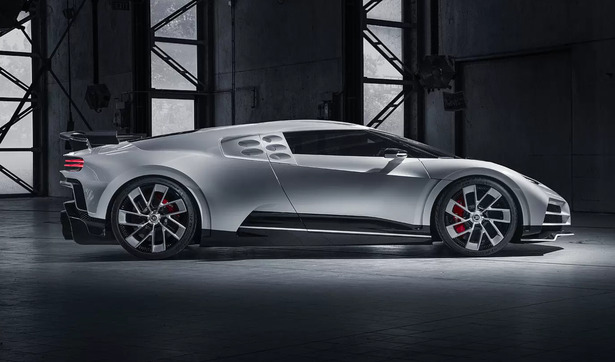 It looks even more purposeful than the 261-mph Chiron.

Consider the Centodieci as a more advanced version of the Chiron, although that's hard to imagine because the Chiron is a marvel of engineering with its extensive aerodynamics and downforce, as well as its unparalleled engine that's actually capable of speeds in excess of 300 mph (but is limited by drag and cooling needs). The Centodieci required tremendous planning, and engineers have spent time running simulations to study various conditions that the car might experience including airflow over body panels and the huge fixed rear wing, as well as heat management of the new body.

Here are the output numbers for the three Bugatti supercars:

Then, there's the humble EB110, which was a rocket for its time. It ended when then Italian-owned Bugatti Automobili S.p.A. was liquidated. Bugatti is now owned by the Volkswagen Group. 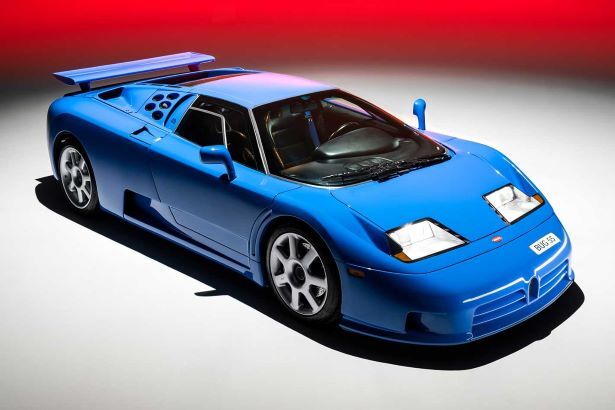 The EB110 was easily one of the most remarkable cars of its time. Too bad it had such as short life. (photo: WhichCar)

Engine and aerodynamics odifications have been progressively made throughout the lives of all three of the modern Bugatti vehicles, with the most powerful iteration coming in the form of the Centodieci. There's no word on what the top speed or 0-60 numbers will be, but they're sure to eclipse the 261 mph and 0-60 time of 2.3 seconds achieved by the Chiron. 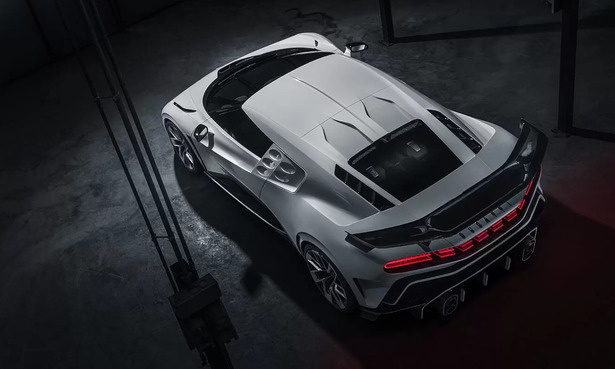 "Every newly developed vehicle poses an immense challenge, as we are creating a very small series that at the same time has to meet and even exceed all of the quality and safety standards of a large series," said André Kullig, the technical project manager for special projects at Bugatti. 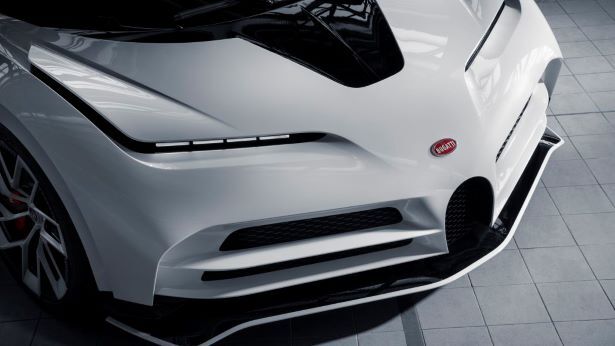 "With the newly designed body, there are changes in many areas that we had to simulate using special computer programs. Based on the data, we were able to establish a basic setup as a starting point for series development and the first prototype," Kullig stated. 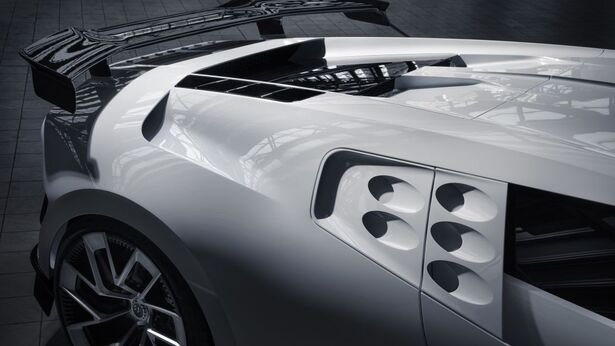 The five portholes just aft of the wide window mimic the EB110 to a T.

Now that the car is undergoing dyno testing, the body has to be built. Kullig's team data mined during simulation and that information will help develop the high-tech body. Although it's not as squared off as  the EB110, there are definitely styling cues carried over, predominantly in the lower front fascia and just behind the side windows. Once the Centodieci's body is done, the completed car will go through high-speed and high-heat testing. This prototype will lay the groundwork for the actual production models, of which there will only be ten. 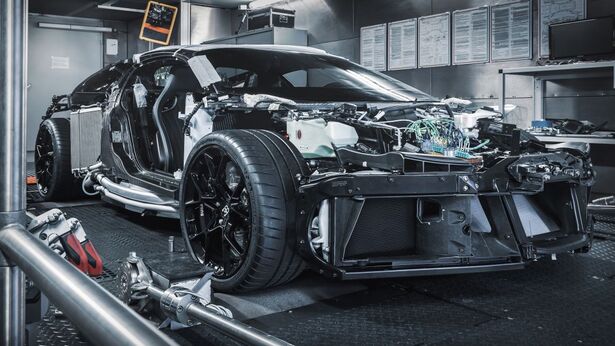 The unbodied prototype has been undergoing testing on a dynamometer early this year.

Even more exclusive than the Veyron and the Chiron, the Centodieci will even be more expensive than the track-focused, 1,500 horsepower Divo, which was unveiled last year. The price tag for the Centodiece is an astounding $9.7 million, and deliveries will begin in 2022. We can't wait to see the finished product, although it will certainly only be in photos.