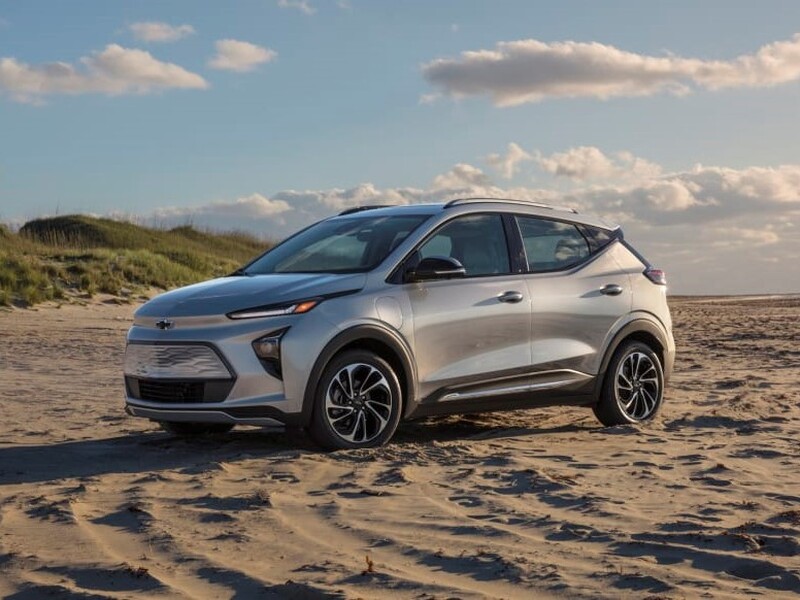 The Chevy Bolt hatchback hasn't been as big of a hit as the brand wanted it to be, but that doesn't mean it's not a big success. No one can really compete with the EV juggernaut that is Tesla, and the Model 3 outsells the Bolt a few times over. Tesla's Model Y crossover and Model X also outsell the Bolt. But the Bolt still beats the rest of the EV field handily, and Chevy wants more. 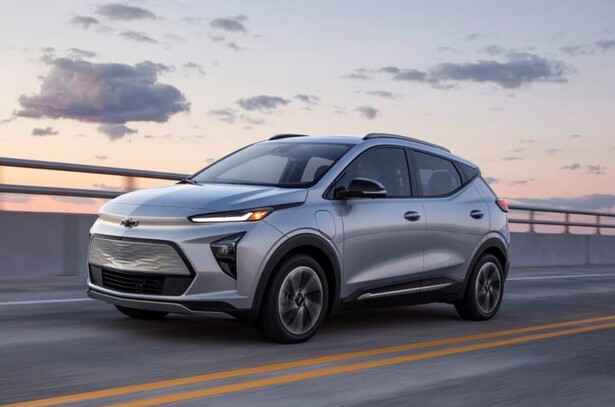 The Bolt EUV is the crossover that the Bolt hatch should've been.

So, they've just made a Bolt spinoff known as the 2022 Bolt EUV. The Bolt EUV is a new design, and the shape comes directly from the first-generation Bolt, which in its refresh receives a similar look. Chevy's hope is that the crossover style will actually sell better, even though the brand made a weak attempt at promoting the Bolt hatchback as a crossover. Let's take a closer look at the 2022 Bolt EUV. 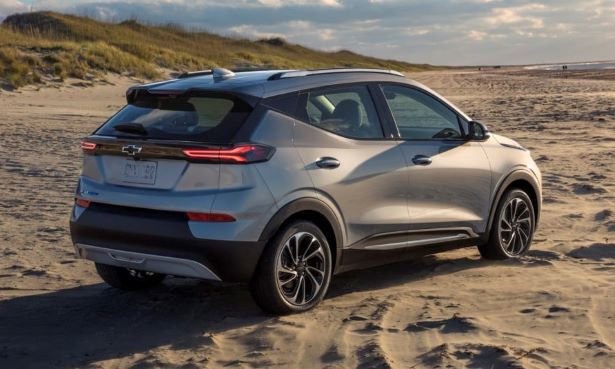 So, how does the EUV differ from the hatchback? First of all, backseat passengers in the EUV get 3 additional inches of legroom, thereby addressing the issues Bolt hatchback owners had. Although the Bolt's cargo capacity (16.6 cubic feet) is a tad bigger than the EUV's (16.3 cubic feet), back seat passengers in the hatchback suffered. The EUV changes all that by a significant amount. The EUV is longer than the hatch by a significant 6.3 inches, but the width and height only get bumped up by 0.2 inches each. It's 0.4 inches wider, so perhaps that's a bit more noticeable. Strangely, the two vehicles don't share a single body panel although they look incredibly similar. 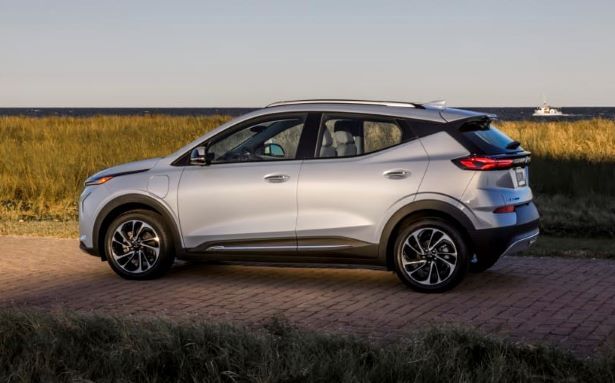 The EUV has the same electric powertrain as the Bolt: a single-motor unit that makes 200 horsepower and 266 lb-ft of torque to the front wheels. Sadly, there's no two-motor version, which could eat sales from the Tesla Model Y. Range is 250 miles compared to the EV's 255 miles, likely due to the 90 additional pounds of curb weight.

In terms of charging, the EUV is just like Bolt EV: it has DC fast-charging capability that provides 95 miles of range in a mere 30 minutes. The EUV also comes standard with a convenient dual-level charge cord, so it will handle both 120-volt and 240-volt charging. Chevy will also cover the installation cost of 240-volt charging outlet for Bolt EV and EUV buyers. Chevy will pay for the installation of a 240-volt outlet, making the cars even more appealing. 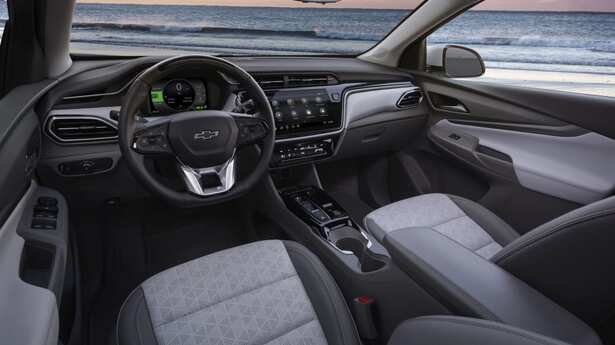 The interior of the EUV is fresh and easy on the eyes. The door panels are longer and more attractive than the 2021 Bolt's, and there's also a new four-spoke steering wheel design. This new interior design also passes down to the hatchback. The design is cleaner and more streamlined than the outgoing car's. There's a standard 10.2-inch screen with a new, easier user interface, and standard Qi-Wireless charging, as well as Apple CarPlay and Android Auto. 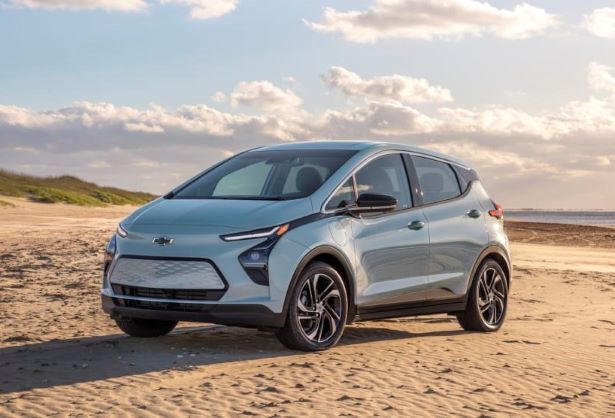 The Bolt EV looks more streamlined in front and kind of resembles the BMW i3, only less ugly.

Whereas the old Bolt was attractive enough, the front end didn't look all that distinctive. The refreshed 2022 Bolt is bolder with a totally new fascia that looks futuristic and more premium. The "high-eye" LED lighting elements are slim but prominent, and there are separate, somewhat integrated headlight units below. Also, rather than two grilles on the old Bolt, the new one has a single faux grille on the lower fascia and a solid unit between the headlights that looks way better. The old one looked way too much like the Spark. No bueno. 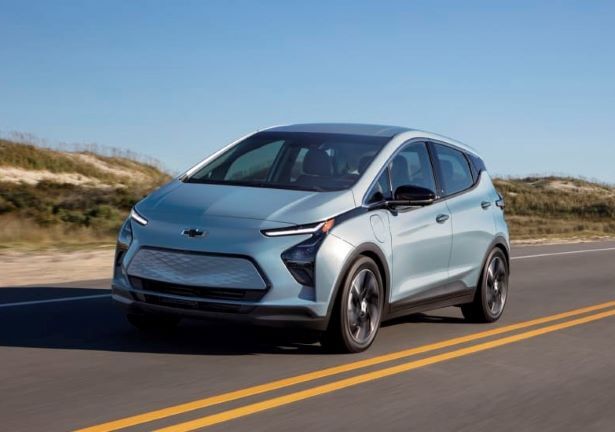 Chevy has supposedly given the both the EUV and the EV better seats and upgraded materials, namely the plastics. Controls for HVAC and infotainment have improved separation for ease of use, and there's also a new shifter that's a push-pull button unit that replaces the old electronically-controlled lever. There's also a button that engages one-pedal driving where you can engage brakes merely by lifting off the gas pedal, ideal for traffic-riddled urban situations. Both the EV and the EUV will also be the first Chevy cars to get GM's awesome Super Cruise semi-autonomous driving tech as optional equipment. Woo hoo. 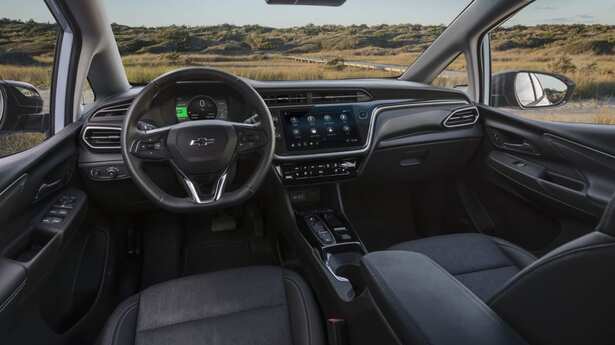 In terms of pricing for both, the 2022 Chevrolet Bolt EV gets much cheaper: It now will cost you $5,000 less to own one, which is a huge price drop (especially in light of the upgrades). The EV will cost base MSRP $31,995. That's almost as cheap as the Nissan Leaf, which has less tech and less range. The Bolt EUV is only $2,000 more at $33,995 base MSRP. The EUV should arrive mid-2021, while the refreshed EV will show up a little earlier.

It will be interesting to see how these two very similar, very similarly named vehicles will do. We wonder if they will cannibalize each other, or if the EUV will simply overshadow the EV altogether. The only ways in which they really differ are the slightly more crossover-like appearance of the EUV and the additional back seat room.