The Alpha Motors JAX is an Electric Crossover We Actually Want 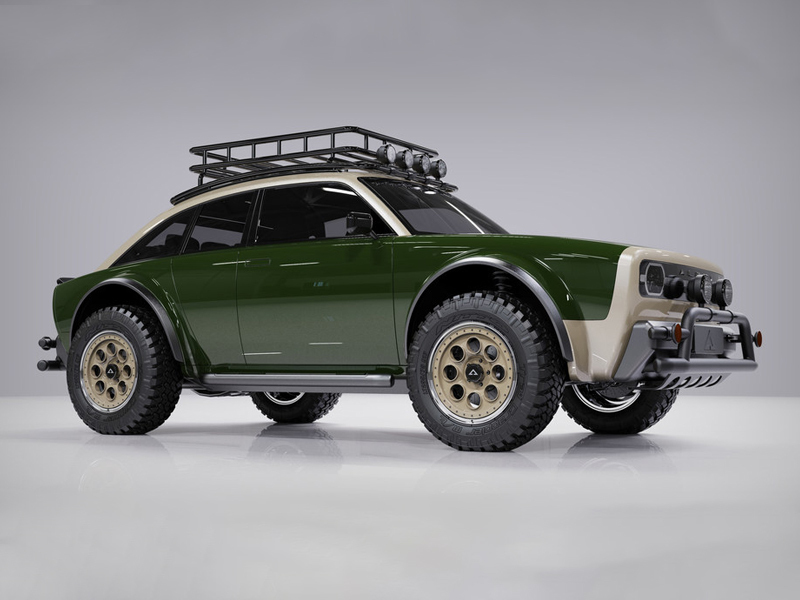 In the sea of crossovers, the JAX stands out in the best way. (images: Alpha Motors)

Americans just can't seem to get enough of crossovers. There are dozens of options already on the market, and automakers are churning out new models left and right. Although most crossovers are excellent for families and daily commuting, there aren't many that stand out from the pack when it comes to styling and performance off the pavement. We're excited to see Alpha Motors Corporation is changing that with the reveal of the all-electric, off-road capable JAX CUV.

If you haven't heard of Alpha Motors, it's because it just came on the scene last year. The electric vehicle manufacturer is based in Irvine California and although a young company, the leadership at Alpha Motors has over 100 combined years of experience in automotive and IT. The automaker is putting this expertise into action with its lineup of concept vehicles including the ACE Coupe, ACE Performance Coupe, and JAX CUV. These vehicles deliver on Alpha Motor's mission statement to "Accelerate Innovation for Humanity, an initiative to responsibly design, engineer, and manufacture consumer-friendly electric vehicles." 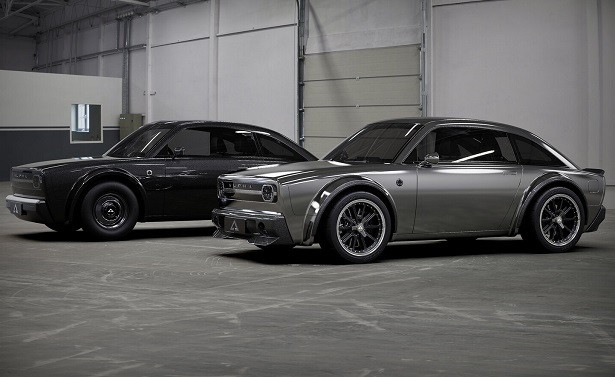 The JAX is based on the Alpha ACE, a sleek coupe that comes in a performance version.

The company's flagship model will be the Alpha ACE which lays the foundation for other body styles including the ACE Performance and the JAX CUV. The ACE is a sleek 2-seater RWD EV that gets 250 miles of range from a single motor and a 0-60 in 6 seconds. Also available is the ACE Performance Edition which is available with dual motors and AWD with a 0-60 in the mid-4 second range and a top speed of 124 mph. Now, the company adds to the future lineup with the higher-riding, off-road-focused JAX crossover. 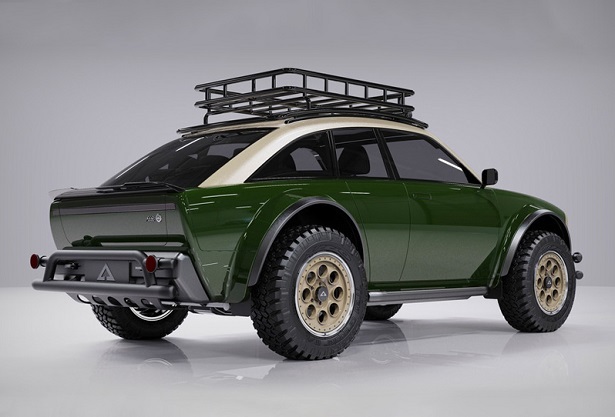 Carbon neutrality is a lot more appealing when it looks like this.

The JAX (Junior All-Terrain Crossover) may run on clean power, but it's not afraid to get dirty. The small CUV seats 4 and drives on an all-electric platform marrying retro style with all-road performance. The rugged vehicle runs on a 75Kwh Lithium-Ion battery with an estimated 250 miles of range. It is available with a dual-motor four-wheel drive or a single motor front-wheel drive and has an estimated 0-60 of 6.5 seconds. For all the extra gear that won't fit inside its 62.5 cubic feet of total storage, the JAX can tow up to 1,850 lbs.

Unlike most CUVs on the market that closely resemble each other, the JAX will be a head-turner on the road. Unveiled in a striking deep green paint inspired by the views on the Redwood Highway in Northern California, the CUV's exterior blends vintage charm with adventure-ready ruggedness. The JAX gets 16 or 19" wheels, LED signature headlights, a large Overlanding roof rack, two sets of spotlights, and chunky all-terrain tires. 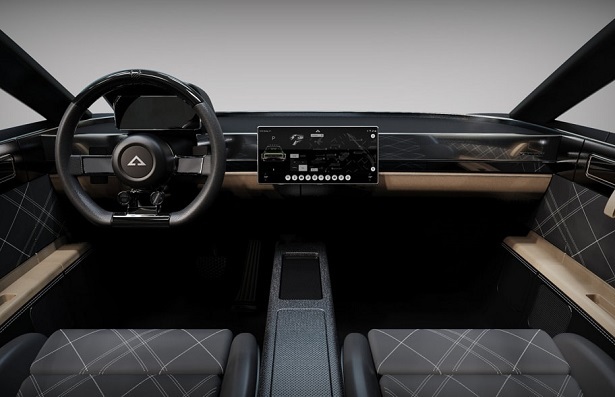 Inside, the JAX looks just as unique and functional. The cabin offers space for 4 passengers with ergonomically bolstered seats featuring premium materials and trim. 62.5 cubic feet of cargo space is available for gear, and technology features include a driver-centric digital speedometer, a wide format center display, and audio speakers for the premium sound system.

Although it's still in concept form for now, Alpha Motors plans to bring the JAX to market starting in 2023. The CUV will range from $38,000 to $48,000 MSRP, depending on front-wheel drive vs. all-wheel drive options. The JAX will likely appeal to the same demographic as Tesla, and for comparison's sake, the Tesla Model Y starts at $41,990 and the Model X SUV starts at $79,990. Is the Alpha Motors JAX the crossover you've been waiting for? (And you don't mind waiting a little longer?) The company is now taking reservations for this CUV on its website.