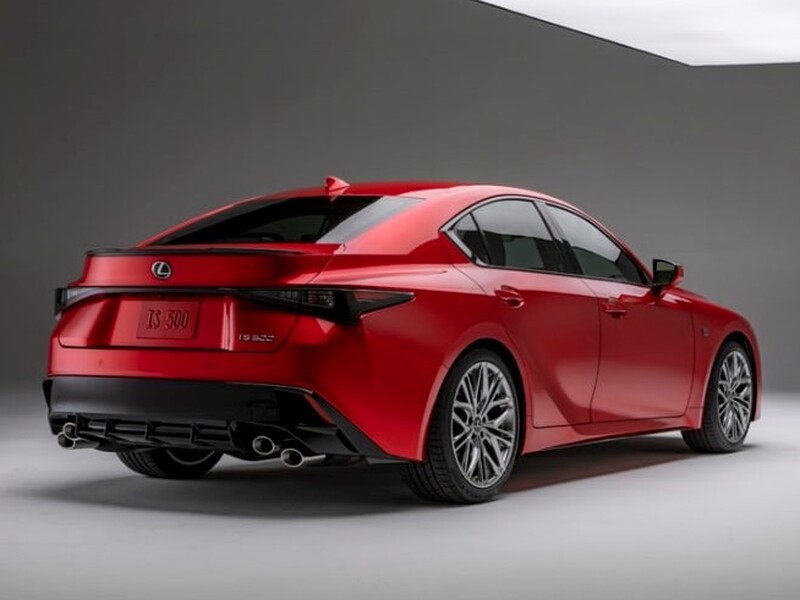 We didn't see it coming, but we're pretty happy it did.

We've been waiting to see what kind of new crossover Lexus was going to debut today, but we were blown away with the news of something else entirely. The 2022 Lexus IS 500 F Sport Performance came out of freakin' nowhere to bring V8 power to a sporty sedan, reviving the IS F in its best form yet. Coupled with the new design of the IS, the more powerful engine is a game-changer, especially with the turbocharged fours and sixes as far as the eye can see. 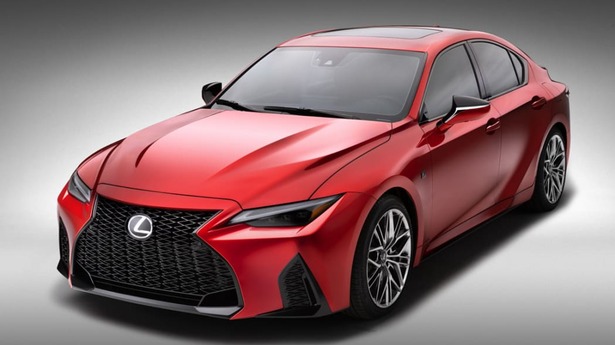 The IS 500 Sport Performance wants your sports sedan money. It might just be worth it.

When crossovers are all the rage and manufacturers are killing sedans off like errant roaches, we're surprised to see Lexus put some big guns underneath the hood of the new IS and build a bona fide powerhouse of a premium sports sedan into the fray when promises of $$$ for premium crossovers might be the better way to go. Way to stick your thumb in the eye of convention, Lexus. Yeahh! 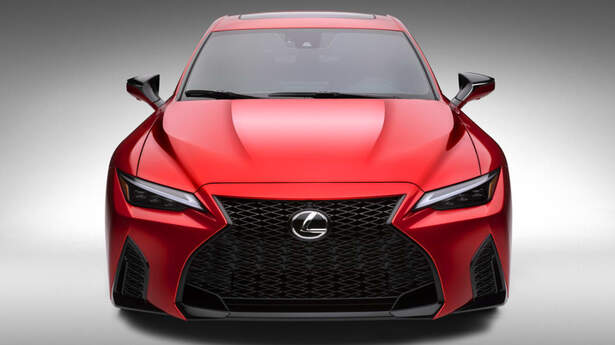 The new IS 500 Sport Performance houses a 472-horsepower, 5.0-liter V8 with 395 lb-ft of torque, which is way more than the defunct IS F, which had 416 horses and 371 lb-ft. The engine you see here is the very same one found in the RC F and the canceled GS F sedan. Even more noteworthy is the fact that the IS 500 Sport Performance's power matches the new BMW M3's and also comes in rear-wheel drive configuration, along with a limited-slip diff for ideal power to pavement management. 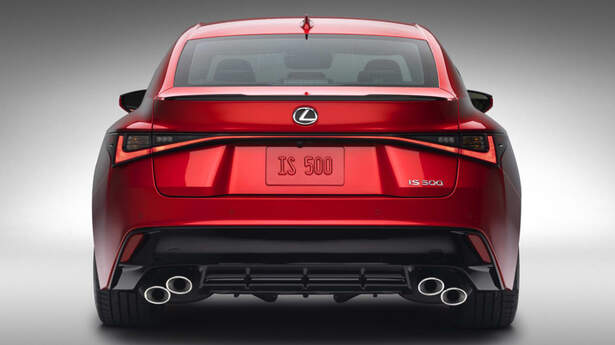 The classic IS F staggered pipes and the new back end look great together.

Sadly, there's no manual transmission, but that's not a surprise since the IS hasn't had one in forever. Instead, the IS 500 will get an eight-speed transmission with paddle shifters. The car's weight goes up by 143 pounds over the old IS F, so count on 3,891 pounds to move, but it will have a better power-to-weight ratio, for sure. It also benefits from standard adaptive variable suspension and upgraded springs, dampers and anti-roll bars, so we expect this thing to be more than just a straight-line rocket. 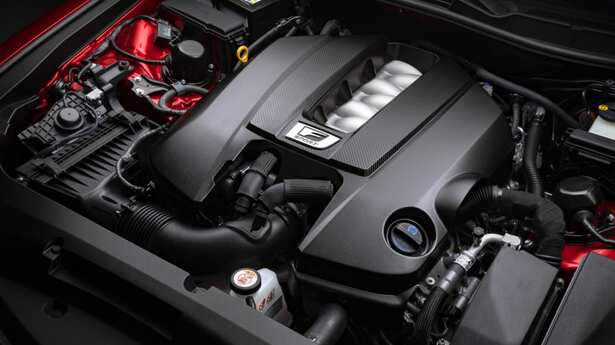 The "Sport Performance" name is intentional because this car will be the launchpad for more driving-focused models, even more than the standard F Sport models, which are already great to drive. Whether or not future Sport Performance models get a V8 is doubtful, but only time will tell. We can't imagine Lexus cramming a V8 under the hood of the UX crossover, but stranger things have happened. 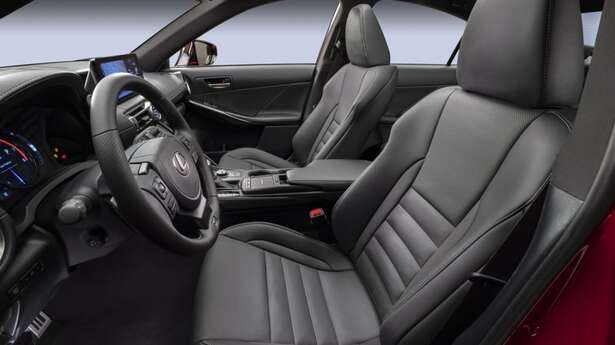 The interior of the IS 500 Sport Performance benefits from a new interior, along with the upgraded infotainment system that should be far better than the last generation. We expect sportier trim, more aggressive seat bolstering, but we're surprised to see in these photos that there's no flat-bottom steering wheel. We are sad to see the stupid touchpad controller and the dinky audio knobs and buttons continue, but that's no surprise since the new IS 350 has them, as well. You can't have it all, we guess. 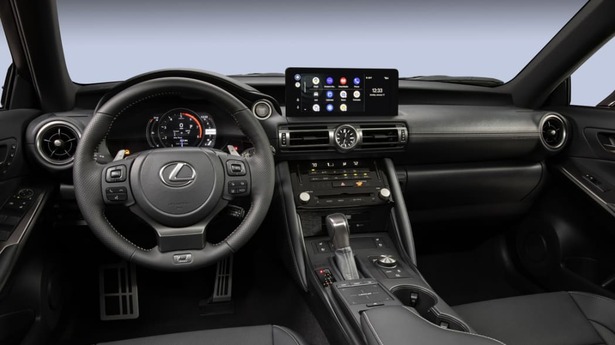 When we get closer to an actual sale date, along with pricing, amenities, etc., we'll be sure to let you know. It's exciting to see what Lexus has done, and it's good to see that they still care about driving enthusiasts by giving us a true sports sedan instead of another boring crossover.