He should stick to the driving he's good at

The GV80's cabin is largely intact, which might not have been the case in another vehicle.

If you're Tiger Woods, you have to be pretty thankful right now. If you haven't heard, Woods survived a high-speed crash on the winding roads of coastal Los Angeles suburbs when it appears he lost control of the vehicle he was driving, hit a road sign, crossed over a raised median into oncoming lanes, and then rolled down an embankment. Although he did seriously injure his right leg, he was awake and alert when emergency services found him. 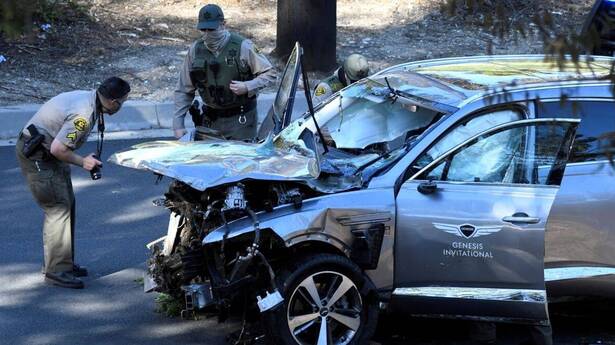 You can tell by the wreckage that this was a serious crash. (image: Reuters)

He was driving a new Genesis GV80 SUV, provided courtesy of Genesis. He had just finished hosting the Genesis Golf Invitational. Now everyone in the world knows the vehicle that saved his life. The folks at Genesis must be both tremendously relieved Tiger is ok and that the GV80 did so well in a crash that could've killed him. What's important to note is that this was a multiple impact crash at speeds of up to 80 mph (in a 45 mph zone). It was a downhill portion of the road that normally sees drivers exceed the speed limit by significant margins.

The GV80 was found on its side with the cabin structure largely undamaged. The front windshield is gone, the front end is crushed, the engine appears to have been pushed further back, and the lower half of the tail section is destroyed. Surprisingly, the wheels in front and back don't appear to have been moved significantly. From the photos, it's clear the dash and steering wheel airbags, as well as the curtain airbags all deployed. Tiger was, in fact, still buckled in his seat when a sheriff's deputy found him. 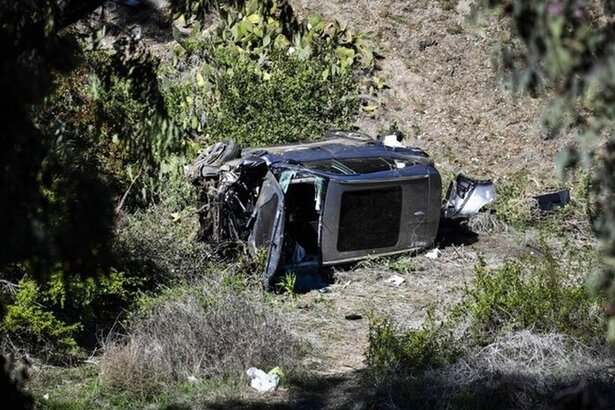 The GV80's cabin structure retained its shape after rolling down an embankment. Wow. (image: USA Today)

The GV80 has 10 standard airbags, which likely prevented further injury or death from such a crash. The vehicle even features an innovative airbag between the front seats so injuries are prevented from impact between the front occupants (Tiger was, thankfully, driving alone). 80 mph in any vehicle is harrowing to think about, and the GV80 appears to have gone airborne at some point, and who knows how many times the vehicle rolled over before finally coming to a rest.

The GV80 also comes with other important safety technology such as: 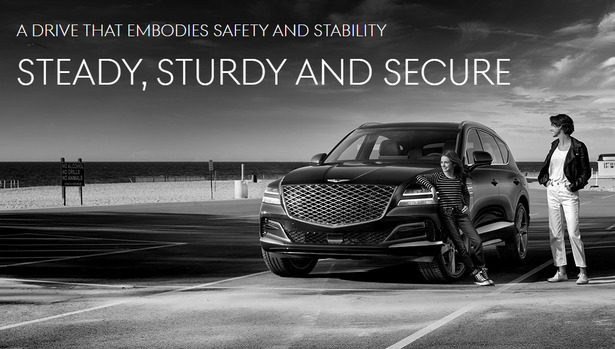 Genesis appears to have jumped on the opportunity.

Police said Woods was actually alert as firefighters had to pry the remnants of the front windshield to extricate him from the wreckage. The authorities stated they found the interior of the GV80 largely intact, which “gave him a cushion to survive the crash.” That says a lot about both the interior safety measures, as well as the GV80's roof strength and its ability to withstand serious impact. 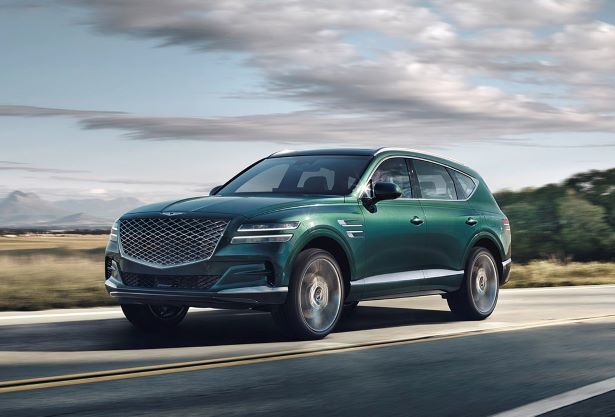 The GV80 looks pretty nice when it's in one piece.

Although some might cringe at Wood's injuries, it could've been much, much worse were it not for the GV80. Woods had multiple "open fractures" to his lower right leg, and a rod was placed in his tibia and screws and pins inserted in his foot and ankle. Dr. Anish Mahajan of Harbor-UCLA Medical Center stated that the surgery went well and that Woods is recovering. 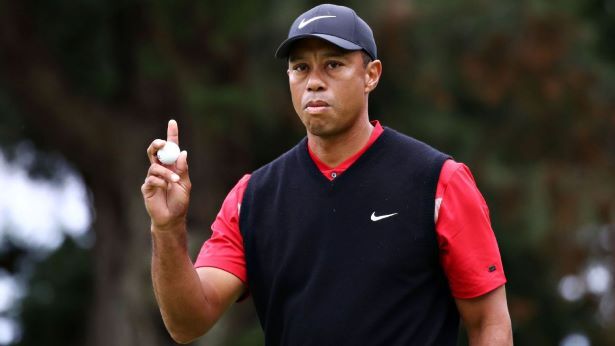 Tiger Woods was still recovering from his fourth back surgery and didn't play in the Genesis Invitational. The accident is even more of a setback to his game than ever before, and it's especially bad because it appears to be operator error. His road to recovery will be a long one, for sure. Whether or not he's able to return to the game he loves and clearly excels at (15 major championships and record-tying 82 victories on the PGA Tour) remains to be seen. We're guessing Tiger might keep a GV80 in his stable, and we're sure Genesis will be happy to oblige him.