What Does the Chip Shortage Mean for Car Manufacturers?

Something so small has a big impact 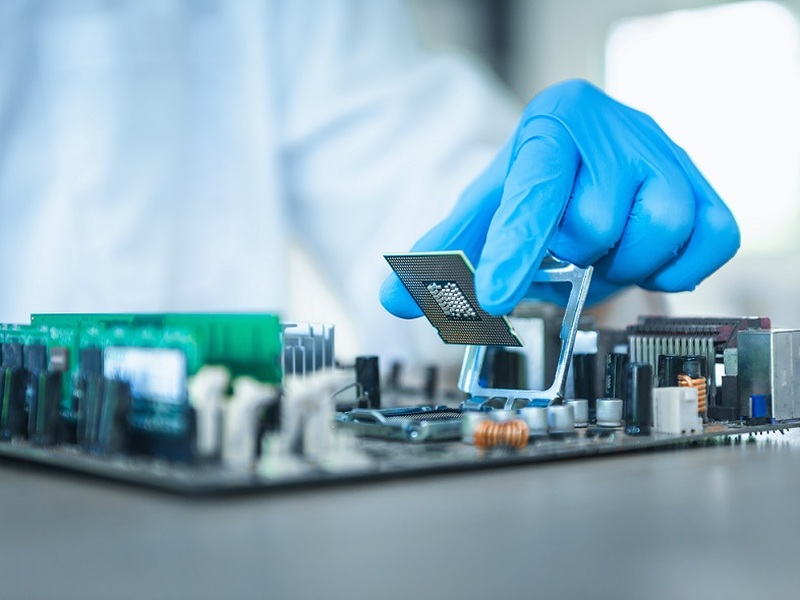 This tiny chip is causing huge headaches for the auto industry.

Just as it seemed like the tide was turning for the auto industry with production back up and vehicle demand staying strong, COVID-19 threw another wrench into the works. This time, in the form of a massive global semiconductor shortage. Semiconductors or "chips" are essential for all electronic devices including cell phones, laptops, medical equipment, and cars. In fact, cars use hundreds of chips for advanced infotainment systems and even basic power steering and brake systems. Now, the chip shortage is disrupting production for companies like GM, Stellantis, and Ford. The shortage likely won't be resolved until well into the year, and automakers need to think even further ahead to prevent this fiasco in the future. 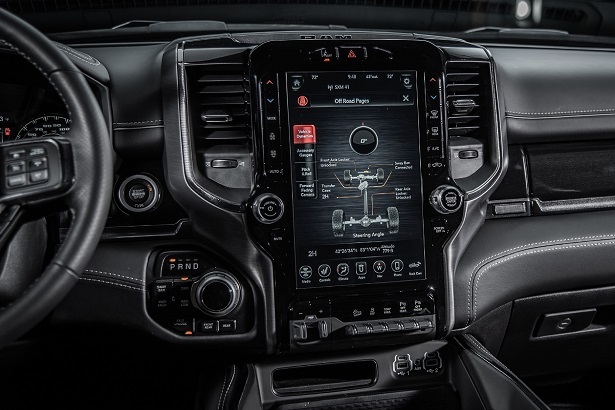 The chip shortage was a perfect storm set into motion by COVID. When automakers were forced to shut down production last year, they couldn't predict when it would resume. They also underestimated how quickly the demand for vehicles would rebound, so they canceled orders with their suppliers which included semiconductor shipments.

At the same time, employees around the world shifted to working from home and the demand for electronic devices like laptops and home appliances skyrocketed. As electronics companies snatched up the semiconductors, automakers were left out in the cold, and now they're feeling the hypothermia setting in.

This week, GM announced that it is extending its temporary shutdowns at three North American plants including Kansas, Mexico, and Canada. The original shutdown was scheduled until mid-March, but now it is estimated to go through mid-April. The automaker is mitigating the damage by prioritizing production for vehicles most in-demand like full-size trucks and SUVs, but the cost of the shortage is high. Although GM did not give specifics for the number of units affected, forecasting company AutoForecast Solutions estimated GM could lose more than 216,000 units globally due to the shortage. The company expects its earnings in 2021 to be slashed by up to $2 billion. 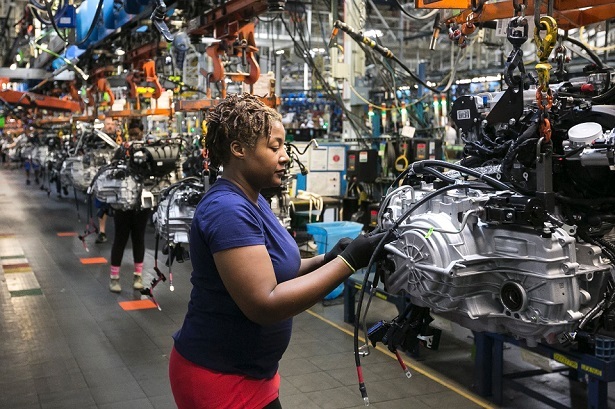 GM has halted production at three factories including one in Fairfax, Kansas. (image: GM)

Ford and Stellantis have also stated that the shortage has been impacting production. Ford says that production may be cut by up to 20% in the first quarter which translates to an estimated $2.5 billion hit to its profits. Stellantis, which was formed from the FCA and PSA Group merger, closed down its Melfi factory in Southern Italy due to the chip shortage, halting production of the Jeep Renegade and the Jeep Compass.

According to Reuters, Stellantis Chief Executive, Carlos Tavares, said the automaker was working hard to find alternative chip supplies, but he was “not so sure” the issue would be resolved by the second half of 2021. Consulting firm AlixPartners estimates that the global chip shortage is estimated to cut $60.6 billion in revenue from the auto industry. 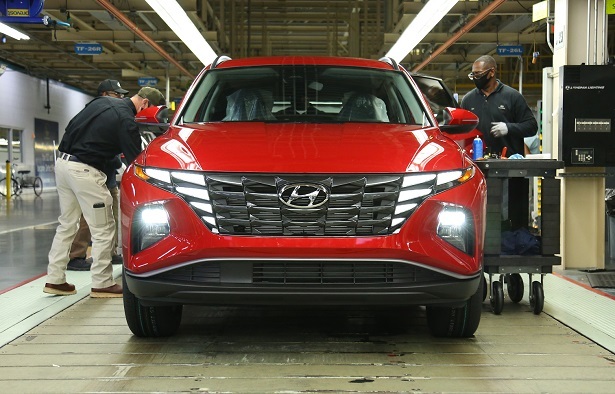 Hyundai's production lines haven't been impacted thanks to some strategic planning. (image: Hyundai)

Unlike GM, Ford, and Stellantis, Hyundai has not been forced to stop production, at least for now. Hyundai and its sister company, Kia, have a stockpile of low-tech semiconductors that keep production going. Past experience with shortages has taught the automakers to take a conservative approach instead of the typical just-in-time approach to inventory. Although Hyundai knew it would shut down its factories when the pandemic hit, it didn't cancel the chip orders. According to Reuters, Hyundai's procurement "read the trend of the semiconductor industry cutting auto chips production and said, ‘if we don’t buy them as well, we’ll be in trouble later on'."

The concerns around the chip shortage extend past short-term shutdowns. As the Biden administration looks to fund a bill that would boost chip manufacturing in the U.S. (a $37 billion dollar investment), automakers must think long-term about their manufacturing practices. This chip crisis demonstrates that just one missing part can slam the brakes on production. The threat to the auto industry isn't just in the current semiconductor shortage, but the impact any future shortages could have. 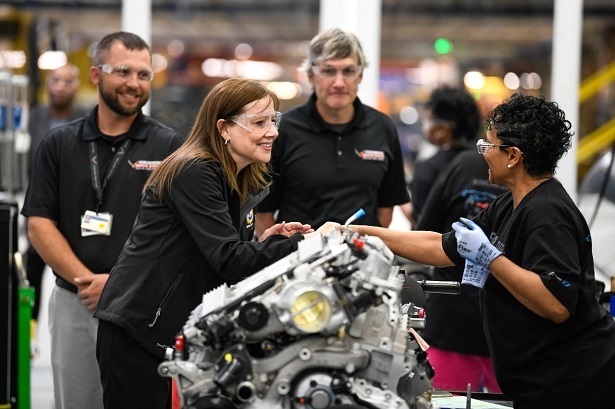 Leadership within the auto industry, like GM's CEO Mary Barra, should game plan for the future. (image: GM)

What steps should leaders within the auto industry be taking to mitigate the risks? According to Wards Auto, it's not as simple as producing their own chips. A major microprocessor plant costs approximately $10 billion which is the equivalent of five new automotive assembly plants, making it an unaffordable solution for automakers like GM.

"What the U.S. and EU need is a strategy that identifies critical materials and components and puts the plans together to make sure they’re not caught short again," says Wards Auto. In the short term, automakers are reducing the number of platforms and increasing shared components across model lines.

Another strategy is to avoid putting all the eggs in one supplier's basket. Spreading out contracts over more suppliers can mitigate some of the risks. Just like anything caused by COVID-19, it's hard to predict when production will return to normal following the chip shortage, but this should serve as a  lesson for the auto industry - don't cancel all your chip shipments at once (or just hoard them like Hyundai).