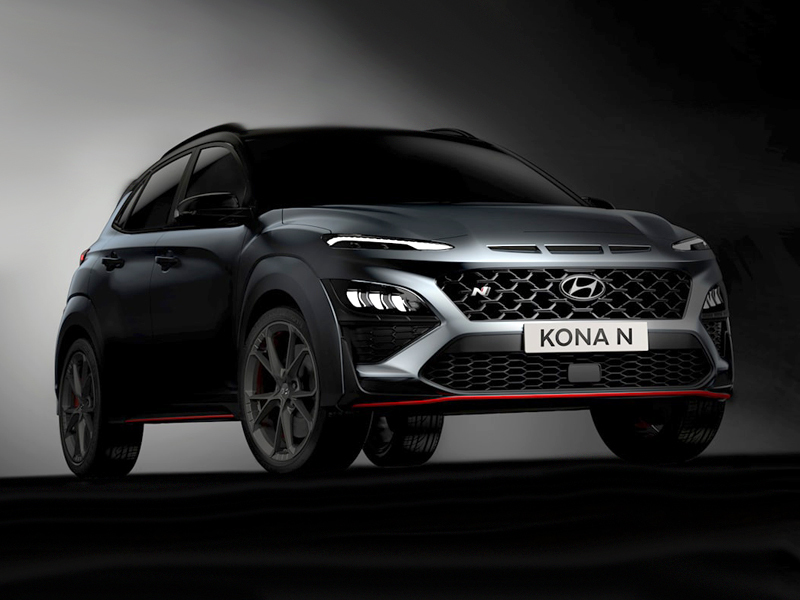 It wants to conquer other crossovers.

Hyundai has been making some seriously good crossovers lately: the Palisade and the Kona are some of the best in the business. But they've also been building performance cars like the Veloster N, Veloster Turbo, and the new Sonata N Line. Now, their latest vehicle combines those two ideas, and it's called the Kona N. The South Korean brand just dropped some great teaser shots that show quite a bit of detail. 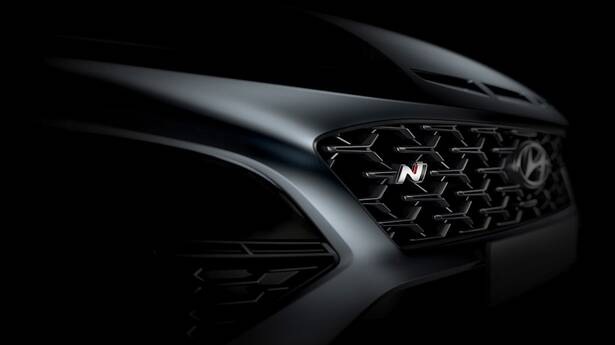 While the Kona just got refreshed, this is an altogether new trim level that focuses on sportiness. And you can tell by the various performance-like details in the styling. First of all, there's a new mesh pattern in the grille, larger intakes, and triple vents in the hood that aren't on the regular Kona. The result is a more aggressive front fascia that looks purposeful and attractive. Red striping makes its way from the front lip spoiler all the way around the base of the rocker panels. 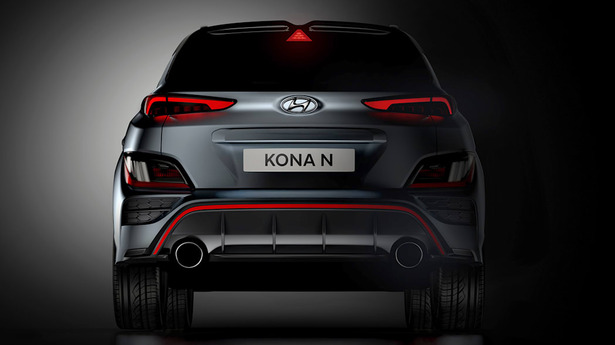 Go around back, and the Kona N adds a triangular LED high-mounted brake light, a diffuser panel, and two large round exhaust tips. The reflectors get a new pattern, lose the amber lenses, and add black surrounds. It's all capped off by a big two-level roof spoiler that looks spectacular. The Kona N also adds red striping around the diffuser to further distinguish it from the regular Kona. We didn't love the first-generation Kona before the redesign, but this N version is the best the model has even looked. 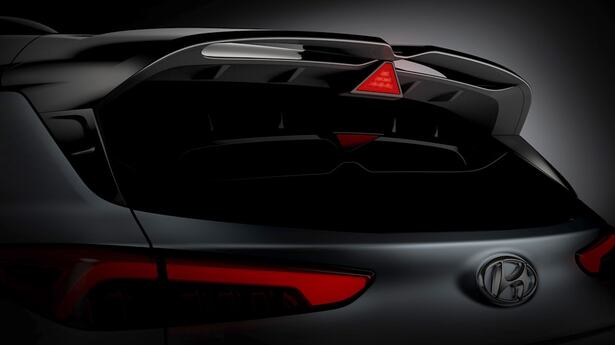 There are no teaser photos of the interior, but our guess is that there will be sportier seats, red trim to mirror the exterior, a flat-bottom steering wheel, and some sportier trim bits. Under the hood, the Kona N will get a turbocharged 2.0-liter four-cylinder good for 275-horsepower and 260 lb-ft. of torque. That's the same engine as the one used in the quick and nimble Veloster N, so expect some solid performance numbers.

Rumor is that it will get a manual transmission, in addition to the 8-speed dual-clutch automatic. We're hoping the N will be offered in AWD configuration, as well as FWD, and that it will get an electronically controlled mechanical limited-slip differential. As more details come in when the car is fully revealed, we'll be sure to let you know. This is very exciting news from a brand that cares about drivers.

The Hyundai Kona is one of our favorite compact crossovers. Read our full review: