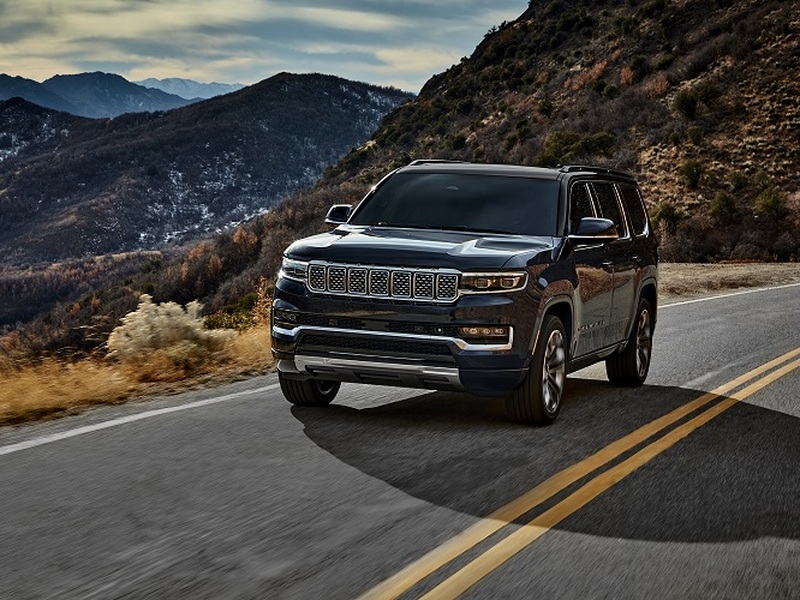 The Grand Wagoneer is a luxurious showstopper with a price to match. (images: Stellantis)

When Jeep first unveiled the Grand Wagoneer Concept, we crossed our fingers, knocked on imaginary wood panels, and hoped that the production model wouldn't stray too far from what we saw. The concept revealed a luxurious SUV packed with unique details that commemorate the original Wagoneer which launched in 1963 and was discontinued in 1991. Today, Jeep has pulled the covers off the 2022 production models for its Wagoneer and Grand Wagoneer and we're happy to report that they have stayed true to the opulent concept vehicle. The luxury comes at a price, though, which is 30 times higher than the original Wagoneer's MSRP of $3,332 (times have changed, folks).

Exterior Styling: No Wood in Sight 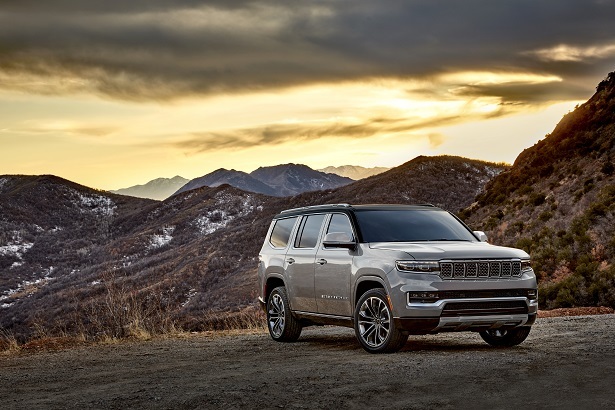 The clean roofline and an A-line that runs all the way around the vehicle is one element that borrows from the original Wagoneer. Other premium details include paint-over-chrome laser-etched grille rings, similar to the finishes seen on fine watches, and aluminum badging with two-piece copperchino-accented letters found on the top tier Grand Wagoneer Series III. 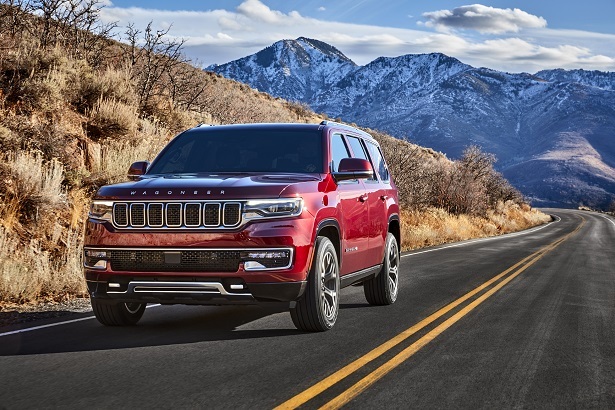 The Wagoneer's styling is similar to the Grand Wagoneer's minus the black roof. 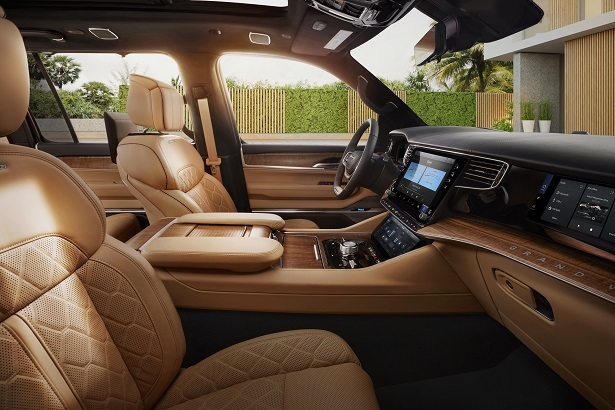 If you're still looking for the wood accents, you'll find them hiding inside the Grand Wagoneer's premium cabin. The 2022 Grand Wagoneer is decked out in genuine handcrafted Satin American Walnut wood, which was commonly used in luxury yachts and estates.

Drivers and passengers of the Grand Wagoneer will find a long list of premium materials. Standard leather-trimmed seats offer a high-end look with Nappa leather or Palermo leather in the top trims. Quality aluminum adorns the door speakers, vent surrounds, and shift knob. Another salute to the original Wagoneer can be found in the outer edge of the instrument panel, which features an inscription — EST. 1963.

Bigger and Brawnier Than the Competition 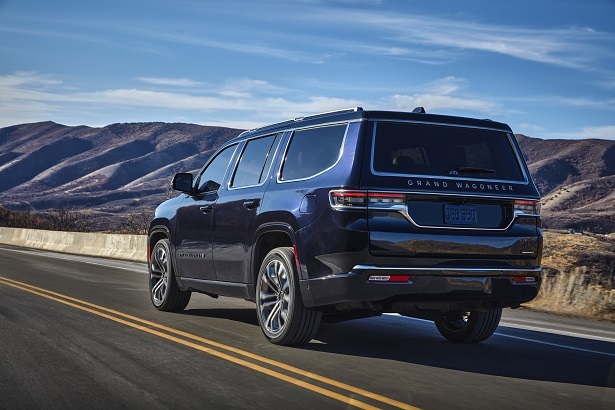 The 2022 Grand Wagoneer is well-positioned to compete within the full-size SUV segment. Not only does it have a large, commanding presence and a cavernous cabin, but it also has a massive V8 engine and class-leading towing capacity to back it up. The Wagoneer's cabin offers best-in-class overall passenger volume, total volume, third-row headroom, and second-and third-row legroom with the most cargo volume behind the third row (measuring 27.4 cubic feet). 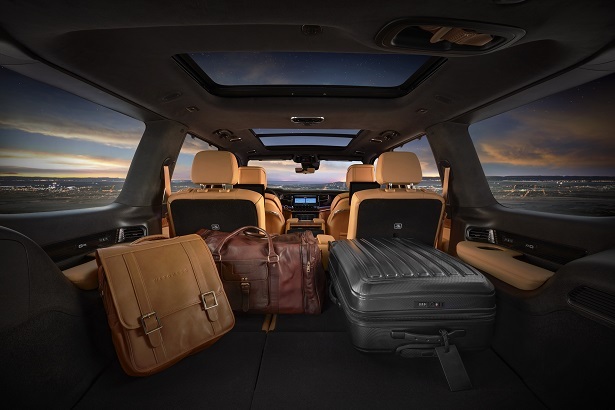 Both the Wagoneer and the Grand Wagoneer come with standard third-row seating and no shortage of space for passengers or cargo. According to  Auto Blog, the luxurious new Jeeps are 4" longer than most midsize competitors including the Chevy Tahoe and the Ford Expedition providing ample space for passengers to stretch out or load up their gear.

The 2022 Grand Wagoneer comes standard with a 6.4-liter V8 engine which delivers 471 horsepower and 455 lb.-ft. of torque. The engine is engineered to deliver optimal power along with comfort on any terrain, and its low-end torque helps with the most demanding towing conditions. The result is a best-in-class towing capacity of 10,000 lbs. 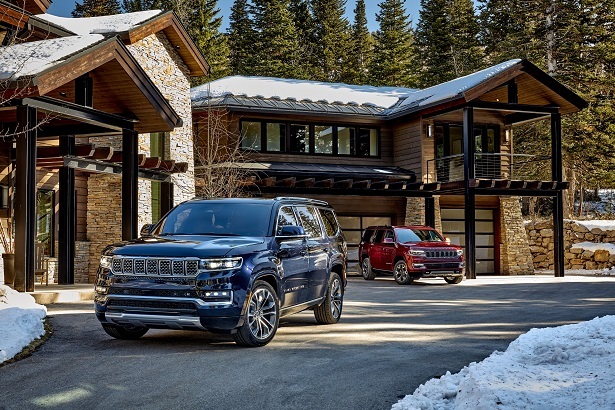 The top-tier Series III trim of the Grand Wagoneer crosses the $100K mark.