The Hyundai Staria Makes the Minivan Cool For the First Time, No Joke

Did this thing drop from the Starship Enterprise? 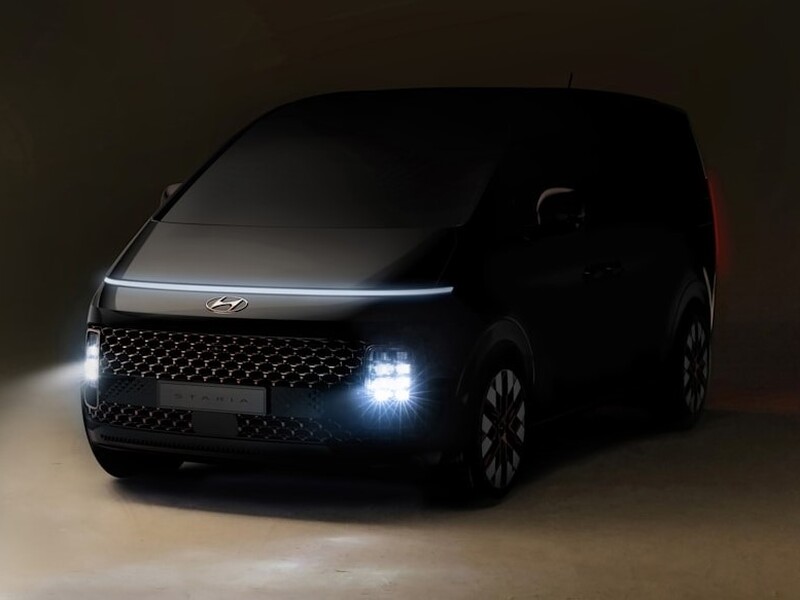 It may spawn a new generation of young minivan lovers.

Everyone knows minivans are about as cool as, well no, they're not cool. Nevermind. But we're happy that they don't look stupid anymore. The new Toyota Sienna is actually good-looking, as is the new SUV-like Kia Carnival (aka, Sedona). But the mantle might just be stolen from the upcoming Hyundai Staria. It's proof in the pudding that Hyundai can do just about everything right these days (at least in terms of design). Most importantly, these teaser shots are not of a concept car but a bona fide production vehicle. That's right, this looker is headed for showrooms. 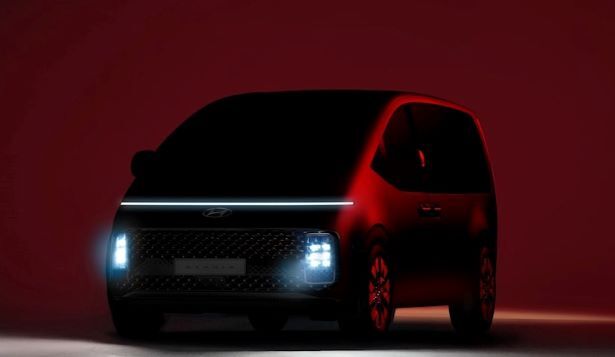 Hyundai calls it an MPV (Multi-Purpose Vehicle) or a less emasculating name for minivan. The Staria's styling is actually quite simple with an almost Toyota Previa/Pontiac Trans Sport raked front windshield. The monobox design is clean and sleek. But unlike the older minivans we just mentioned, the front end of the Staria is aggressive with a bold mesh grille, a long lean LED light beam, and large six-unit LED headlight clusters. 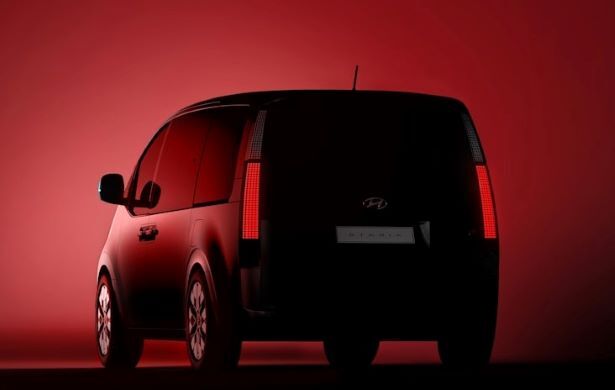 In the back, there are large taillights with pixilated elements much like the new Ioniq 5 we talked about recently. The side windows are extremely tall and should provide occupants with excellent outward visibility (as well as gawking from outside viewers). There are traditional minivan sliding doors with the track nicely hidden at the base of the rear side glass. Hyundai said the Staria is supposed to look like a spaceship, and it looks like the designers pulled it off in spades. 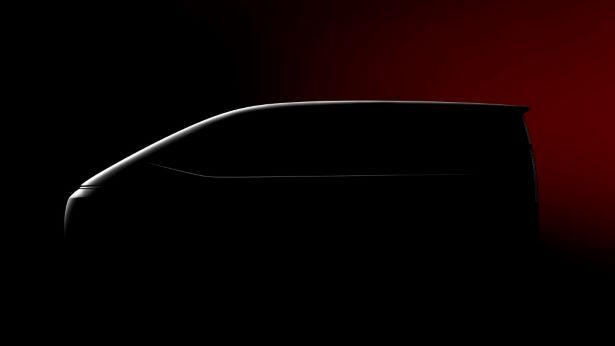 The Staria's silhouette gives off a spaceship vibe like no other vehicle today.

Even the darkened interior shots can't hide the fact that the Staria's cabin is clean and airy thanks to a lean dashboard, a large but thin touchscreen that looks like it manages most of the vehicle's controls, and modernly styled front seats, and what looks like a deep and illuminated center console. The footwell is nicely illuminated, and it looks like there's no separation between driver and front passenger at the floor level, further giving the Staria an open cabin. 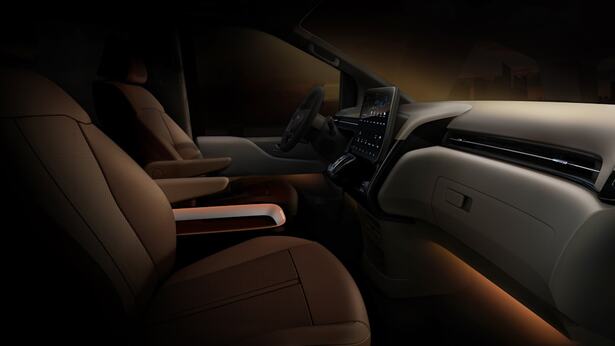 Rear seats look downright opulent with a Captain's Chair configuration and long leg rests that deploy from below. There's no shot of the third row (hopefully, there is one). It's obvious Hyundai put a lot of thought into this cabin, and we can't wait to get more details about seating, technology, and more detailed photos of this attractive interior. 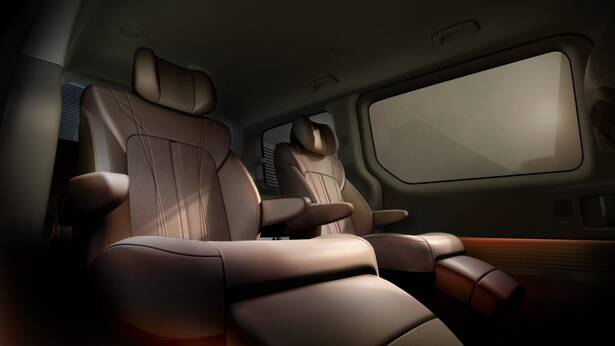 We don't yet know anything about the powertrain, whether or not it will be gas-powered, gas-electric hybrid, or pure electric. Don't let the grille fool you into thinking it's not electric because that could be for aesthetics only. Since Hyundai wants more cars in the EV space, the Staria could very well be electric-only.

Time will tell if the Staria will come to America. Hyundai could use a minivan in its stable, but they're not exactly hot sellers. The look of the Staria could change all that, and we're thrilled to see the brand do something radical and stunning in this segment.