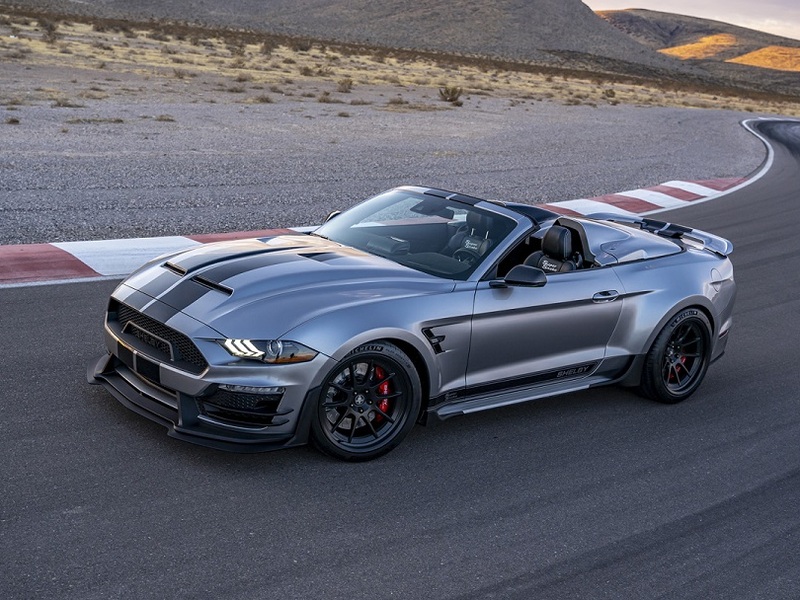 There are two types of Ford Mustang aficionados in this world: the ones who are happy driving a stock version of the pony car, and the ones who want more. Shelby American builds cars for the second group. The Vegas-based high performance vehicle manufacture has announced that a trio of special Shelby vehicles will be built in honor of late Carrol Shelby's 98th birthday. Only 98 models of the Shelby GT, Shelby GT500SE, and the Shelby Super Snake will be built, but even more noteworthy is the new “Speedster” edition of the Super Snake. This exclusive model transformed the Super snake into a two-seater roadster with one-of-a-kind styling elements and a hair-raising price tag. 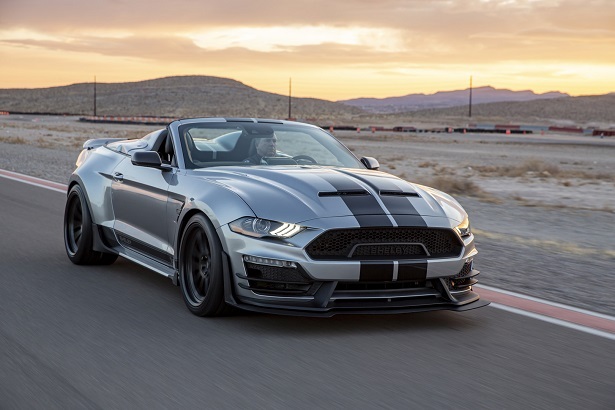 The Shelby Super Snake is built to go from street to track with a supercharged 5.0-liter V8 that ponies up a massive 825 horsepower. The Ford-built engine launches the muscle car from 0-60 in 3.5 seconds and is kept cool thanks to the Shelby Extreme cooling system which thwarts heat soak to maintain performance. The Super Snake's powerful V8 can be paired with either a base six-speed manual or a 10-speed  automatic transmission. Available as a fastback or convertible, Shelby Super Snake models feature painted stripes, a wide body package, Penske track suspension, and rear seat delete with harness bar. 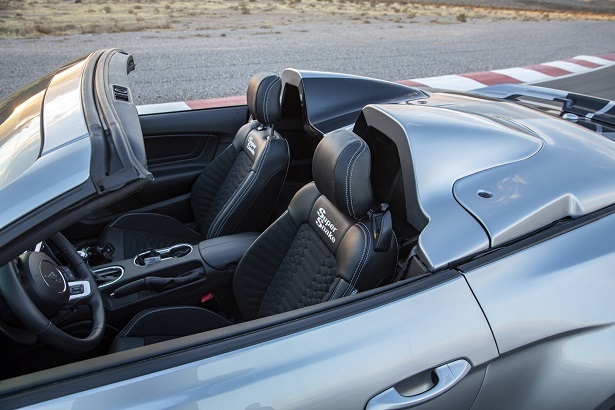 A hardtop tonneau behind the front seats is unique to the Super Snake Speedster.

The new Speedster edition makes the Super Snake even more special, balancing sleek and elegant styling with pure muscle car performance. The Speedster offers seating for two and a hard top tonneau that closes the gap between the seats and the trunk. Unique striping, floor mats, and door sill plates are added to further set the Speedster apart. As with the other models, Shelby American will only produce 98 Speedster editions which will sell for $138,780 a pop (well above the $100,000 price tag of Ford's Shelby GT500 with the Carbon Fiber Track Package). 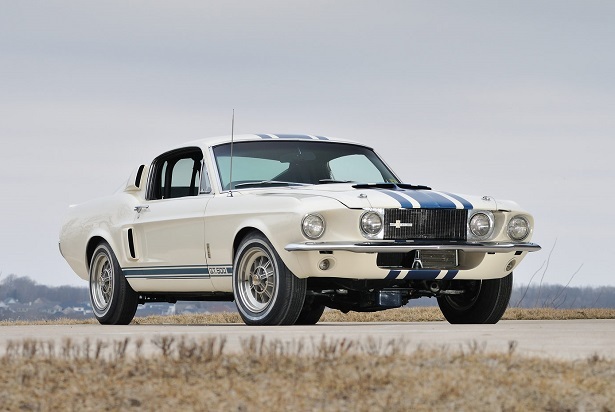 In addition to commemorating Caroll Shelby's birthday, the 2021 Shelby Super Snake also gives a nod to the legend's experimental race car which was first built in 1967. The original GT500 Super Snake housed a 427 cubic-inch racing V8 that was to have the same specs as Ford’s Le Mans-winning GT40 MkII. After an upgraded transmission and rear end, the Super Snake was track-tested for 500 miles and reached speeds of 170 miles per hour. The original Super Snake became the most expensive Mustang sold at auction going for a whopping $2.2 million (and you thought $138,780 was steep). 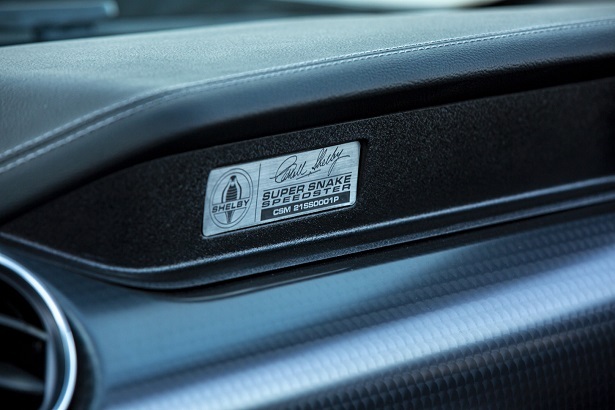 “The new Speedster is stunning,” said Gary Patterson, president of Shelby American. “From a styling perspective, there is simply nothing like it on the road. With the widebody option, it’s a rare combination of sleek elegance and American muscle machismo. This is the automotive equivalent of a powerful heavyweight boxer fitted into a stylish, fine suit. And with only 98 available in the US, it will be ultra-rare.” At nearly $140 grand, we expect these special Super Snakes to be acquired by the most die-hard Mustang and/or Shelby enthusiasts.

Want a tamer Mustang? Check out our review of the 2020 Ford Mustang EcoBoost Coupe Premium 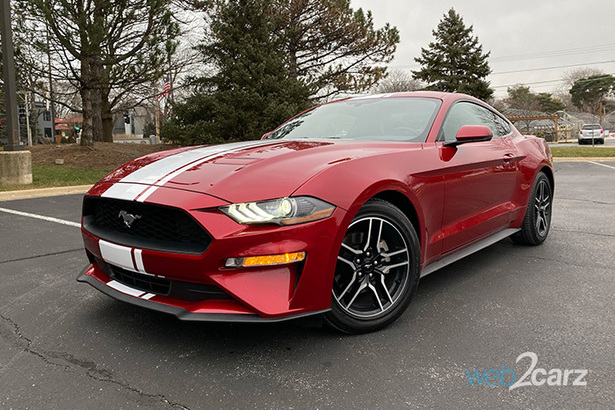