Ferrari Debuts the 812 Superfast Competizione in Coupe and Targa Versions

The ultra-exclusive version of an already exclusive supercar

If we could afford it, we'd go with the hard top.

The Ferrari 812 Superfast is one of the last V12s the world will ever see, and soon the world of electrified vehicles will take over. That's why we love Ferrari's latest unveiling of two very special, limited-edition versions of the already incredible 812. They're called the 812 Competizione (hardtop coupe) and the Targa top 812 Competizione A. Both of them are stunning, righteously quick, and probably near-impossible to buy, even for veteran Ferrari owners.

The hardtop coupe you see here gets its rear glass replaced by a distinctive, vented aluminum cover. Those vents are actually functional vortex generators that help the Competizione develop additional downforce to enhance stability. Did we mention the cover also looks even better than the standard rear glass? That racing stripe continues all the way down the hood, roof, and back to the spoiler. 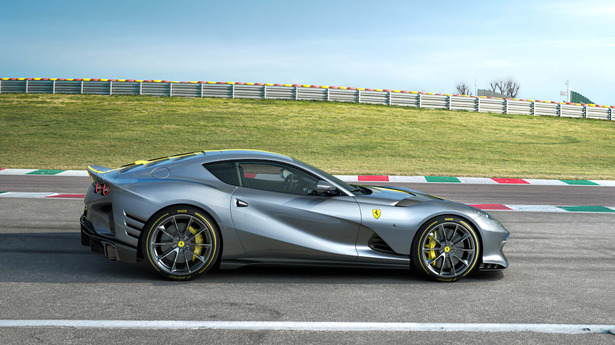 The targa top version doesn't get the same treatment, obviously, but there is a unique, broad bridge between the car's flying buttresses just aft of the headrests. This bridge performs a similar function but this time by diverting air toward the rear spoiler to create similar levels of downforce as the hardtop. It also helps reduce the Competizione's aerodynamic drag. We think it's crazy brilliant how Ferrari has turned functional aero bits into real works of art. 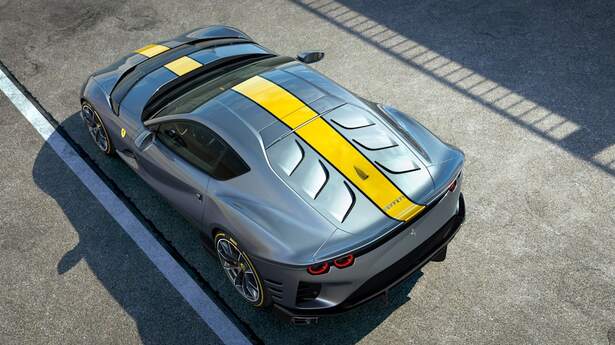 While what's under the hood doesn't change from the standard 812 Superfast, the engine has been retuned for greater output. This time around, the 6.5-liter V12 jumps from 788 all the way to 818 horsepower. Torque, however, drops from 529 to 510 lb-ft but the engine now redlines at 9,500 rpm, up from 8,900. It will do 60 mph in well under three seconds and top out at 211 mph (coupe). Performance figures for the Competizione A have not been released yet, but we expect them to be a tad slower due to weight. 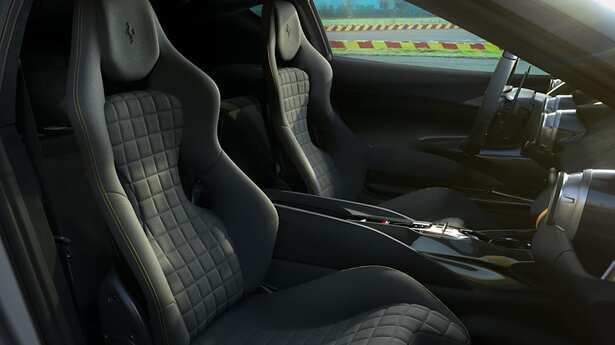 Ferrari also went ahead and revised the 812's seven-speed dual-clutch automatic transmission for duty in the Competizione and Competizione A. It now performs shifts 5% faster than the 812, and the cars' brakes are better at reducing heat dissipation by a whopping 30%, which means less fade during track runs. So, these versions are more than just improved looks. They're meant to truly exploit the 812's already superb capabilities. 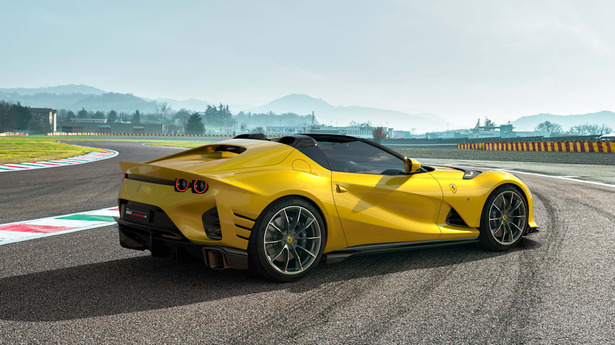 Ferrari also reduced weight by about 84 pounds over the standard 812. Both the coupe and targa make use of a new aerodynamic system. It's comprised of a large, bladed flap that creates an air pocket that diverts disturbing airflow away from the occupants. For the Competizione A, the targa top is made from lightweight carbon fiber in order to keep its weight down. Ferrari also gave both cars a new all-wheel steering system, revised Side Slip Control, and a fancier cockpit with seats unique to the models. 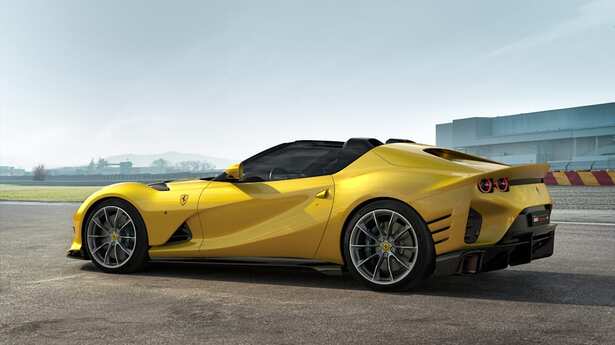 There are some details that haven't been revealed in terms of technology, paint colors, available options, production numbers, price, and availability. But does it really matter for most mortals? No doubt the car will cost well over the stock 812's $335,000 asking price (we're thinking closer to half a mil), and we're guessing the number of cars will be low (and likely already spoken for by special Ferrari customers who have at least a few Prancing Horses in their garages). 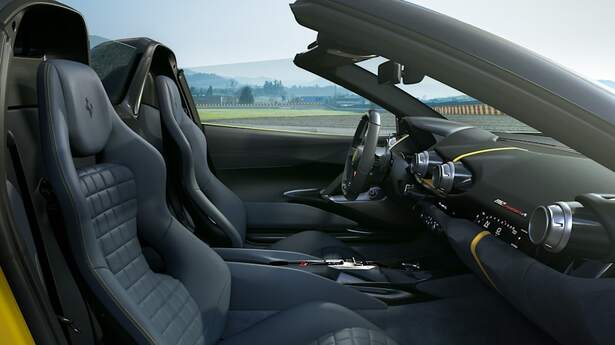 According to Ferrari, “this duo of cars is dedicated to a very exclusive group of collectors and enthusiasts of the most noble of Ferrari traditions.” In other words, this is about as close as you'll get to one. We're just glad they both exist. Now, if Ferrari could just bring back the stick shift. Now, that would be something.