Ford's power move on the competition is ingenious 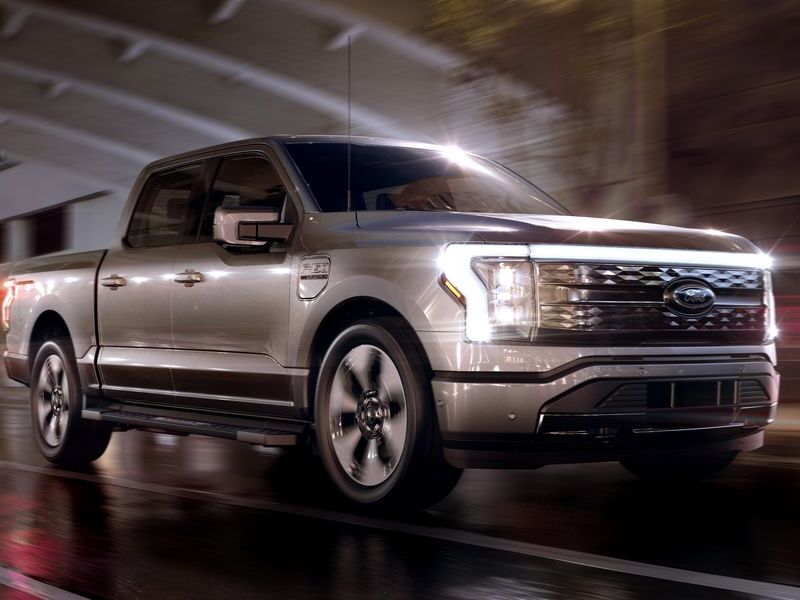 Ford just made a bold statement that EVs are officially mainstream.

Last week, Ford unveiled its hotly anticipated F-150 Lightning electric pickup truck. Everyone's jaw dropped at the news, mostly because it seemed the brand was working under cover of darkness and then blindsided the entire industry with a vehicle that's both traditional and radical, all at once. It emerged with a product everyone would love and at a shocker of a price... under $40,000. That doesn't even include the $7,500 tax federal EV tax credit. 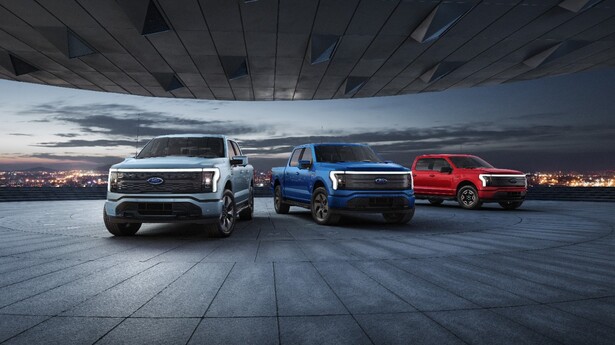 The new F-150 Lightning will change the EV and pickup truck industries at the same time.

Not only is it barely more than the cost of the average new car price, it also provides incredible utility and range in a segment that only promised seriously expensive versions like the Rivian R1T ($65,700) and the Lordstown Motors Endurance ($52,500), neither of which is for sale just yet. Ford's move is a remarkable one because it brings electrification to its best-selling vehicle in the brand's history and makes it relatively affordable, too.

The cheapest version is called the F-150 Lightning Pro, and it's primarily designated as a work truck, but that doesn't mean non-professionals can't live with it for everyday use. The Pro is priced at $39,974 before tax credits. The next trim level is the  XLT, and the price jumps quite a bit to $52,974. But the Pro has its appeal even in bare bones trim. 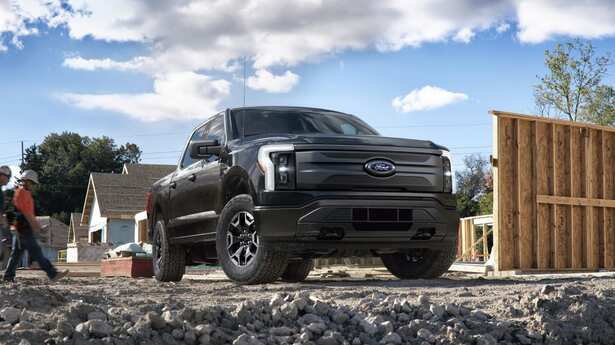 What the F-150 Lightning Pro focuses on is utility via its 2.4 kW of output available via eight 120-volt AC outlets located in the cab, bed, and front trunk. Higher trim levels can deliver 9.6 kilowatts of power with the addition of two120-volt outlets and a 240-volt outlet in the bed. Ford states that the 9.6-kilowatt system, working through the 80-amp Ford Charge Station Pro and home-integration system, can even power the average home for three days during a power outage. The truck even switches back to the home's power automatically when it's back on, so as to conserve battery. 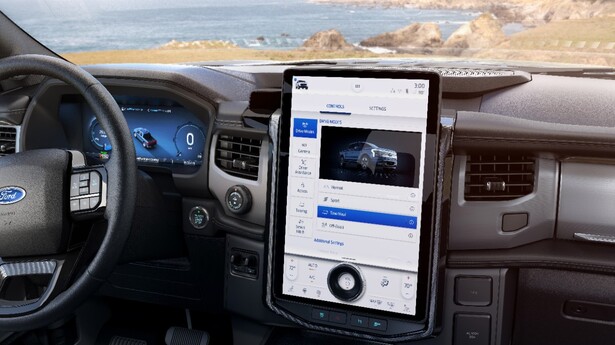 The F-150 Lightning will have both standard-range and extended-range battery packs offered, depending on trim level. It also comes standard with a dual-motor powertrain and four-wheel drive, so even the base truck doesn't even have front-wheel drive only, which is impressive. The standard-range version is good for 426 horsepower, and the extended-range model will churn out 563 hp (both ranges will have a substantial 775 lb-ft of torque). It's also quick with the bigger battery version doing 0-60 in about four seconds. All trims will come only in the bigger SuperCrew four-door with the 5.5" bed length. 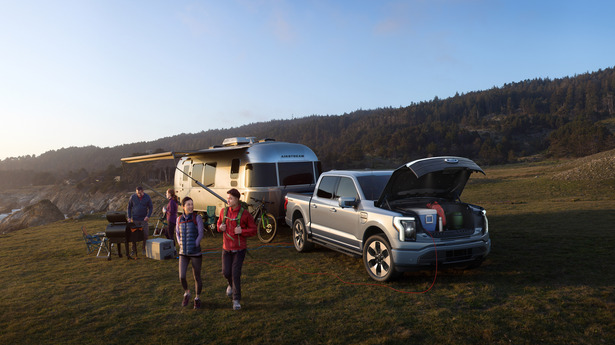 In terms of range, the base battery pack will deliver 230 miles of range and 300 miles for the extended-range version. In terms of charging, the 32-amp mobile charger comes standard, and the 48-amp unit is optional. The 80-amp unit will be installed in trucks with the extended-range battery pack (it also comes standard with a dual onboard charger for faster recharging). 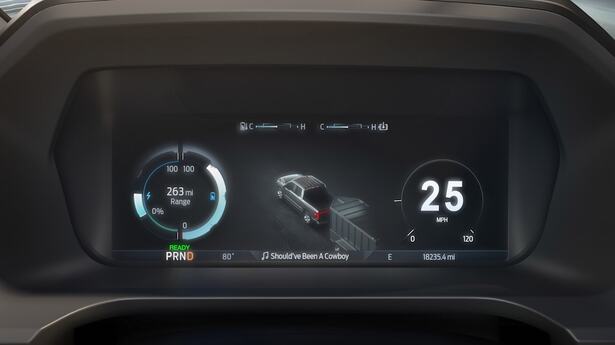 Lest you think the base truck will be lame inside, think again. The Lightning will offer a 12-inch portrait-oriented digital instrument cluster. Higher trims get a 15.5-inch touchscreen with the excellent SYNC 4A infotainment system. The Pro also gets vinyl seats, the Co-Pilot360 2.0 driver assistance suite, a 32-amp Ford Mobile Charger, and Ford's convenient Onboard Scales system that provides real-time payload weight information and automatically adjusts the estimated range factoring in the added weight. It will also calculate based on terrain (with nav activated), along with weather conditions and trailer load.

The point of it all is that Ford has made an electric pickup truck for the masses. It won't be insanely priced like the Rivian R1T, nor will it be weird and polarizing like the Tesla Cybertruck. The F-150 Lightning will go on sale in the Spring of 2022. It should beat the Cybertruck to market, but the R1T will go on sale this summer (albeit at a much higher price than the F-150).