Want to See a Flying Car That Really Works?

Proving that street-to-sky isn't a myth 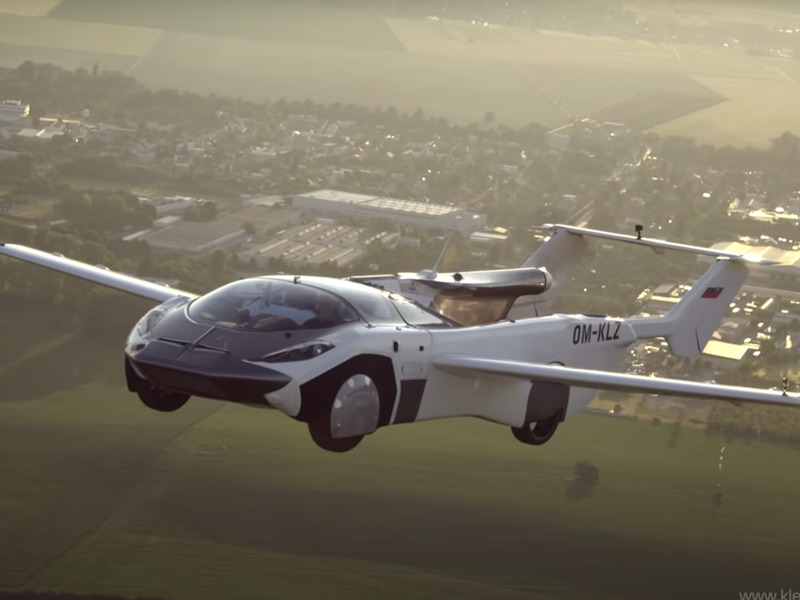 Klein Vision's AirCar flew for 35 minutes and then hit the road.

Do you think you'll see a fully operational flying car in your lifetime? Well, wonder no more because a company known as Klein Vision just flew a truly fully functional prototype flying car for 35 minutes. That's right, it took to the skies in Slovakia, and it was caught on film. Is this proof that the world will be filled with flying cars in the next twenty years? That might be a stretch, but we're getting closer to making air travel a reality. Check out the awesome video below, and let your doubts be dispelled.

We're blown away largely because the video shows that a flying car can actually work, especially after we've seen numerous concepts from the likes of Terrafugia, Skydrive, and PAL-V (see video below). But the models from Toyota-backed Skydrive and PAL-V look more like small personal helicopters than cars. The AirCar Prototype 1 from Klein Vision actually looks more like a car with wings than it does an aircraft with car wheels, making it way cooler than what we've seen before.

Lest you think this was the AirCar's fledgling flight, you're gravely mistaken. It has flown over 140 times for a total of over 40 hours of test flights. It's the real deal, folks. The cockpit looks a lot like one on a mid-engined supercar. The nose is short, the headlights are swept back, and there's a domed greenhouse for good visibility. The AirCar Prototype 1 uses a mid-mounted 160 horsepower BMW engine, and it has a large propeller for flight. The wheels are covered to aid aerodynamics, and the entire body looks properly slippery to keep drag low. It can fly at an altitude of 8,200 feet and cruise at 118 miles per hour, which is way faster than your typical commute speed. 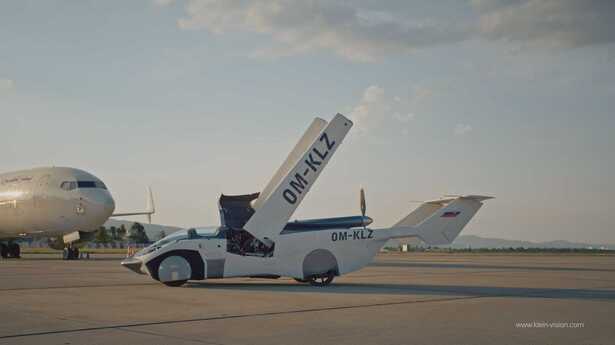 As you can see in the video, the AirCar doesn't even require the driver or passenger to get out of the vehicle to convert it. The wings fold up and then rotate to descend into the body and then the tail section retracts. It can transform in less than three minutes, making it truly convenient for commuting. Unlike other flying car prototypes we've seen, it's flatter and more car-like so you don't look like a total weirdo driving it. Nevertheless, it garners plenty of attention. 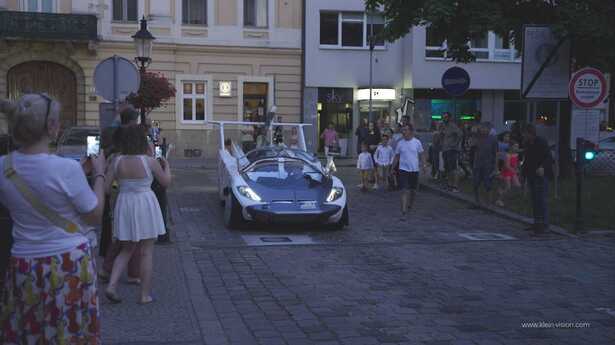 "AirCar is no longer just a proof of concept," according to company co-founder Anton Zajac in the company's official press release. "It has turned science fiction into a reality." Klein Vision is actually already working on the AirCar Prototype 2, which will upgrade the power to a 300 horsepower engine. Flying speed will be 186 miles per hour and the usable range will be 621 miles. The Prototype 1 and 2 can hold two people, but in the future, there will be three- and four-seater models, as well as twin-engine and even amphibious versions. 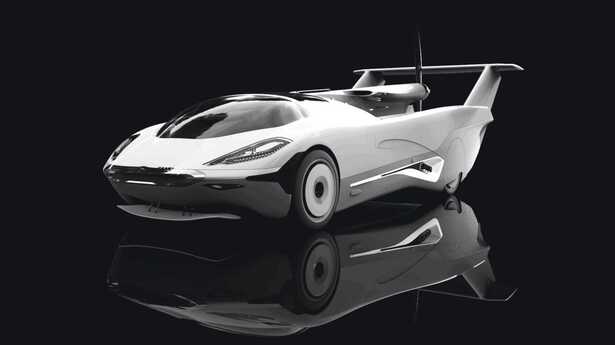 Kinda looks like a McLaren mated with a Jaguar XJ220 and a military VTOL.

So, when will we actually see flying cars in widespread use? That's a much bigger hurdle. Actually, it's a series of hurdles. Just when you thought autonomous driving would take off, flying cars present serious issues like safety, reliability, logistics, etc. And then there's the issue of acceptance by the public. As cool as it seems, we're sure folks will be reluctant to get into a flying car all by themselves. Training will be a prerequisite, for sure. Plus, operating in crowded airspace, structures, as well as learning how to take off and land safely, will be musts. The regulatory issues, themselves, will be another obstacle to overcome.

Nevertheless, numerous companies are working on flying cars, including Uber, Hyundai, Volkswagen, Porsche, and Toyota, to name a few. Just don't start saving your money right now because it could be a long time before you can actually buy one. The PAL-V is street legal in Europe right now (but it can't be used as a flying car under normal circumstances), and it costs half a million bucks.