The long wait appears to be totally worth it 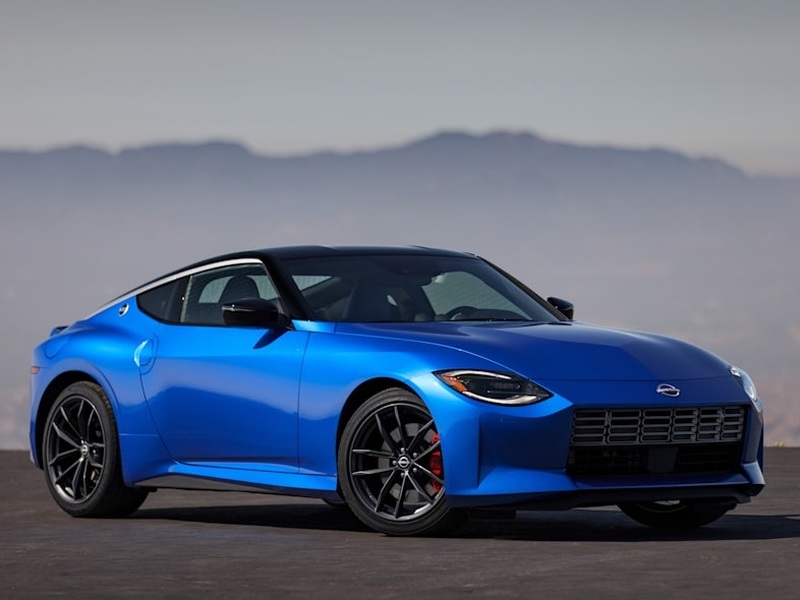 Finally, a Z car to lust after.

The new Nissan Z is the car we've been waiting for since we got wind of it back in 2020. Numerous guesses as to what it would look like came to an end when the Proto Z was unveiled to the public. Last night, the brand dropped the covers off the production version, and it's every bit as awesome as we hoped it would be. Not only does it boast the right styling cues, but it also remains true to the spirit of the Z car by keeping it rear-wheel drive, manual transmission, and powerful. It might just be the mainstream sports car to buy above all others. 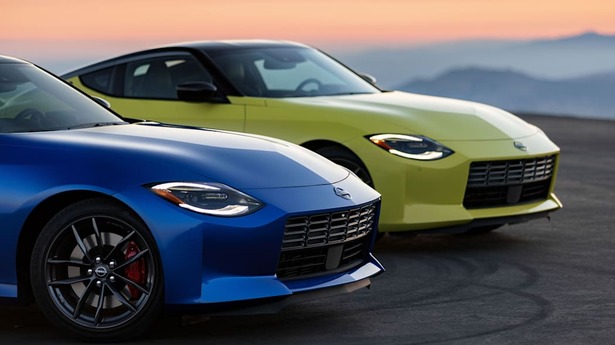 Aside from the actual price, which hasn't been revealed just yet, there are plenty of details about the new car that we're excited to share with you. The first thing to take note of is the fact that it will not be called (as previously expected) the 400Z. Instead, the new car will be called simply the Nissan Z, losing its numeric portion for the first time in the car's history. The rest of the details make the new Z especially compelling as a modern sports car.

The Design is Near Perfect 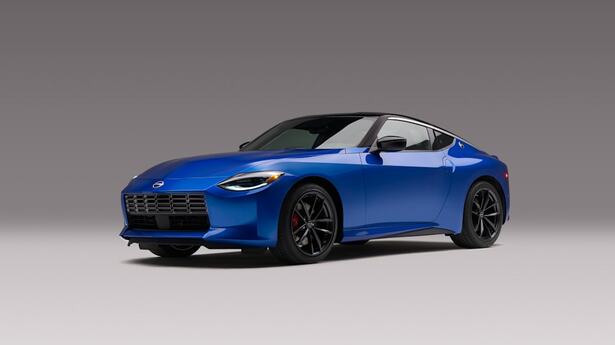 The right balance of curves and creases makes the Z very attractive from every angle.

We can't say enough about the styling of the new Z car. It hardly deviates from the concept car, and that's what's so awesome about it. It evokes the legendary Datsun 240Z in front and the iconic Nissan 300ZX in the back, and it's all brought together brilliantly. It also looks like no other car on the road today thanks to the long hood and sloping roofline that provide a great silhouette and a muscular stance. The hood boasts the same creases as the original 240Z.

The combination of the spoiler, 300Z taillights, and the twin round exhaust ports is excellent.

If you compare it to its direct competitor, the Toyota Supra, it's much less busy and leans more towards a classic fastback coupe style. The more muted styling of the Z should hold up better over time compared to the very contoured Supra. Although the exterior dimensions are exactly the same as the 370Zs, the styling elements change the game. Gone is the odd metallic-finish door handle, as well as the arrow-head-like headlights and taillights. We love what Nissan did with the headlights that are modernized versions of the 240Z, while the layered LED taillights mimic the versions found on the 300Z.

The Interior is Properly Sporty 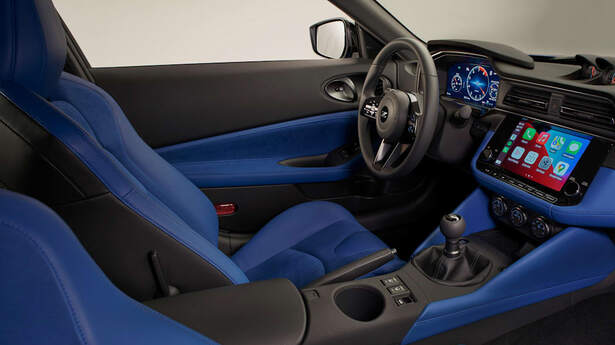 Say goodbye to the crappy interior from the 370Z and hello to a truly modern interior.

The interior of the 370Z was about as bad a sports car interior could get. Granted, the 370Z was getting pretty long-in-the-tooth. The awkward styling, plasticky bits, and the painfully dated technology (no Bluetooth streaming!) really hurt the 370Z in the eyes of car shoppers. Pretty much everything about the 2023 Nissan Z's interior is new, including a fresh center stack with triple gauges on top (turbo boost PSI, turbine speed, and battery voltage), a new 8-inch infotainment touchscreen (Bluetooth, Android Auto/Apple CarPlay), well-bolstered two-tone sport seats, a digital instrument cluster, and a cleanly laid out dash. 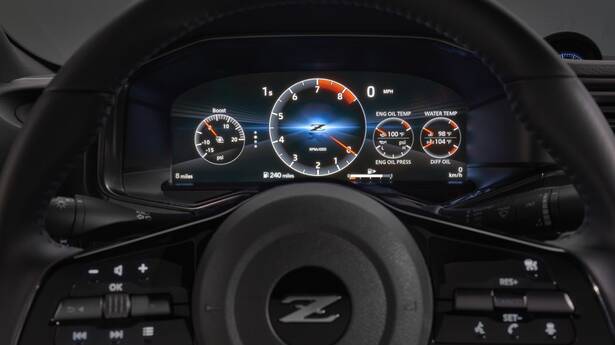 The details about the new, large 12.3-inch digital instrument display are real game-changers. The vivid color screen has three modes: "Normal" shows the usual speedometer and tach, as well as vehicle stats and navigation. The "Enhanced" mode provides a bigger nav screen while pushing the gauges to the edges. "Sport" mode provides a g-force meter and boost gauge and then moves the speedo and tach to the middle. There's also a shift light provided in this mode. The idea is to provide enthusiasts with a performance mode for driving thrills and track time. 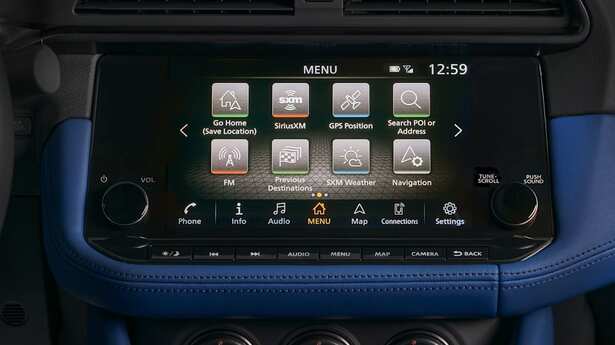 The Performance and Power Reign 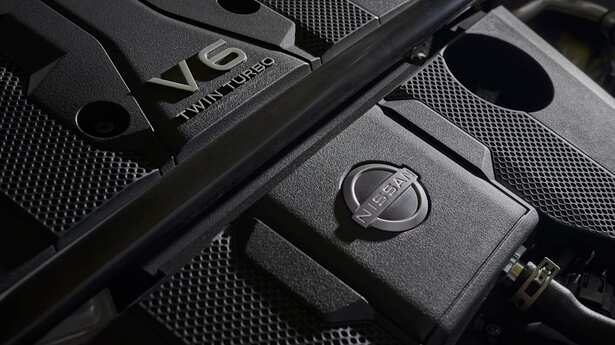 400 horsepower from the twin-turbo V6 should make the Z very quick, indeed.

The Z would be nothing more than a really pretty car without the engine, suspension, and transmission. Thankfully, all of those show up on spades on the new Z. Under the hood is a new twin-turbo engine (the same one that powers the Infiniti Q60 Red Sport) good for 400 horsepower and 350 lb-ft of torque. The fact that both turbos are small-spool versions, rather than one large turbo, equates to less lag. Mated to this potent mill is a six-speed manual transmission (standard) or a nine-speed automatic.

The Z will come in two trim levels, Sport and Performance, which will both have the 400 hp engine. Nissan didn't provide stats, but they did say 0-60 times would drop by 15 percent, which puts it at 4.2 seconds. That's quick but not as quick as the Supra 3.0, which has been clocked under four seconds. We don't know how much the Z will weigh, so it remains to be seen how it stacks up against the Supra. 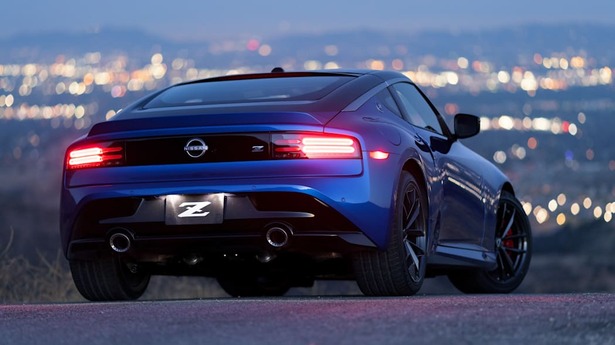 In terms of handling, it looks like Nissan overhauled the unibody and chassis to improve rigidity. The suspension has also been improved with new geometry. The fronts are aluminum double-wishbones, and the rears are multi-links. Both sets have been tweaked for better stability and handling.  The shocks have also been improved for better ride quality, and there's a front strut brace, 19-inch forged aluminum wheels, and sticky Bridgestone Potenza rubber that help it corner better. Expect the Z to perform, for sure. 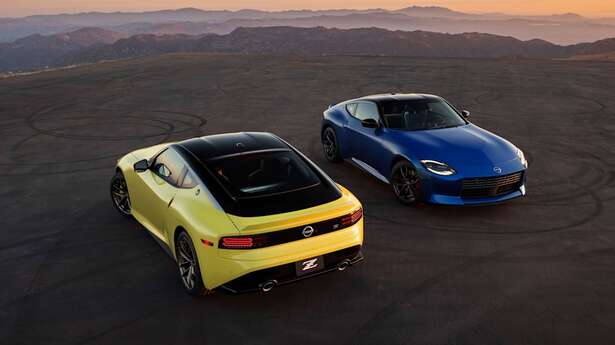 The 6-speed manual transmission has a carbon-fiber composite driveshaft for lightness and strength. Performance models get Launch Control, as well as rev-matching. The optional 9-speed automatic gets  aluminum paddle shifters that come from the much pricier GT-R supercar. It's clear that Nissan meant for the Z to be a driving enthusiast's car and not just eye candy. For that, we're truly thankful, and we can't wait to drive it.

There's a special edition to kick things off, and it's called the Z Proto Spec. Only 240 will be made for the U.S. market, and it will come with yellow brake calipers with the Z logo, bronze 19-inch RAYS aluminum-alloy wheels, exclusive leather-appointed seats with yellow accents, yellow stitching throughout the interior, and a special shift knob for manual Zs. There's no pricing, as yet, but we expect it to be on par with the Supra 3.0T, which costs $51,540 base MSRP. It should go on sale in the spring of 2022 as a 2023 model.