The 2022 Honda Passport TrailSport Shows Off a Ridgeline-Like Refresh

The more rugged-looking formula for the active set 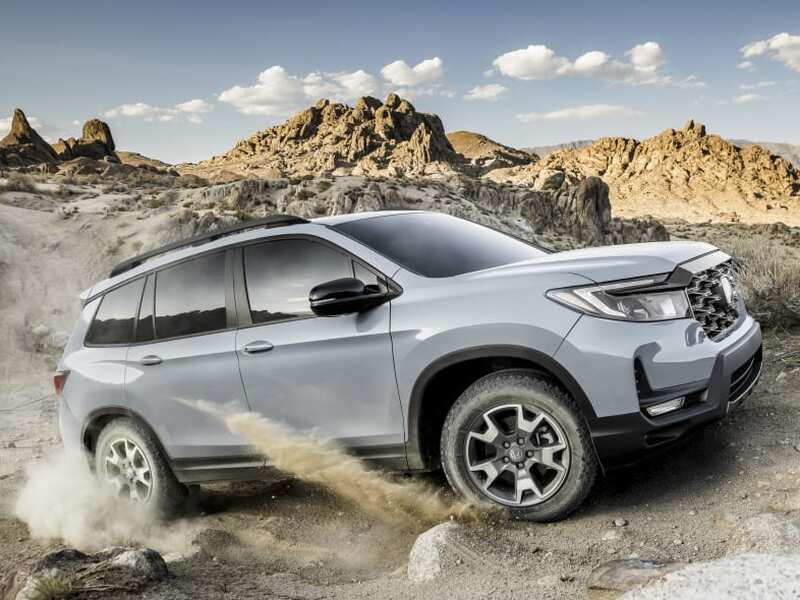 The 2022 Honda Passport TrailSport has just been unveiled, and it wants to show off its revised duds to let buyers know it's ready to play rough. If the TrailSport name doesn't mean anything to you (yet), it's because it marks the start of the new more off-road-leaning trim for Honda SUVs and trucks (okay, so there's only one of those). The changes amount to a refresh rather than a redesign, but it's nonetheless significant for the model. Let's take a look at some of the differences. 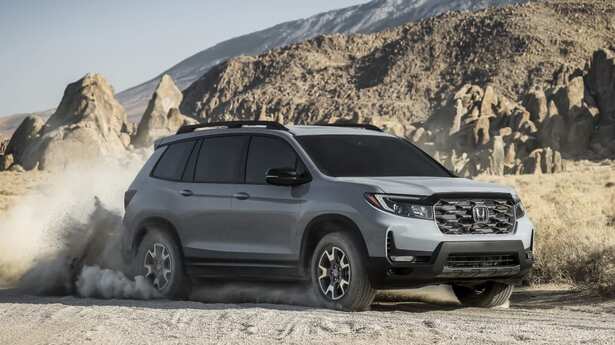 If you take a look at the new Passport (above) versus the outgoing model (below), you'll see that the primary difference is the front fascia. Virtually everything has changed with the exception of the DRLs (Daytime Running Lights) at the outer edge of the headlights and the bumper guard element just below the grille. Speaking of which, the grille comes to the Passport directly from the Ridgeline pickup truck that was refreshed for 2021. The grille is larger, more upright, and also has a larger black mesh pattern.

The black accent bar that connects the headlights across the top of the grille is also the same as the Ridgeline's. The foglight housings are completely reshaped. A new L-shaped housing with an integrated vent and single ellipsoid lens replaces the old rectangular housing with twin lenses. It's probably our least favorite aspect of the front end because it cuts into the bumper a bit too much for our liking. 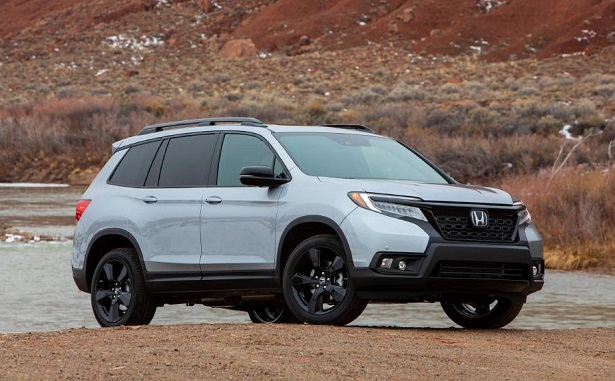 What you see in the 2022 Passport front fascia is pretty much the same as the Ridgeline pickup truck with the HPD appearance package, but it just may be standard on the Passport TrailSport. The regular Passport will also have the option to tick the box for an HPD package, but that will likely also get paired with black fender flares and HPD graphics to help distinguish it. On EX-L trimmed Passports, the headlight accent bar will be chrome instead of black. Badging on the TrailSport will be black instead of chrome, which will be found on non-TrailSport trims. 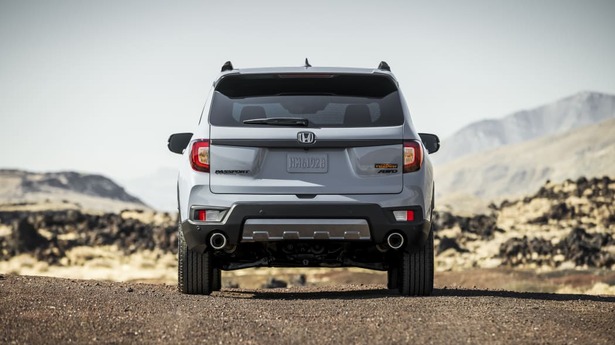 The body of the Passport remains unchanged with the same single body crease along the door handles and the creases above the rocker panel. The back end receives some tweaks in the form of a new bumper, new reflector/backup light housings, round exhaust pipe finishers instead of the old ovular ones, and a faux skid plate with four bumpouts instead of the old five. 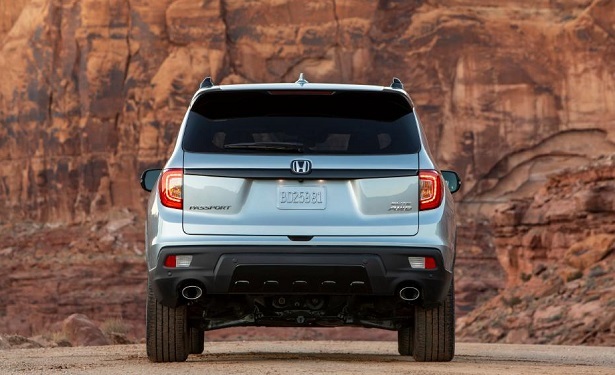 The rear fascia now makes the Passport look a bit different from the bigger Pilot since it appears a bit taller with the new bumper. There's also a new heated housing for the rear wiper, which should make for better cleaning when the weather gets cold and dicey. 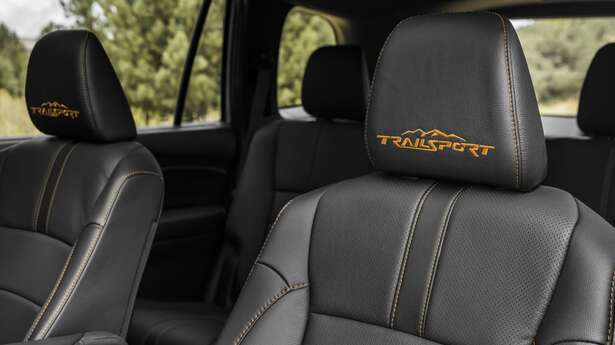 Honda didn't release any detailed interior shots of the 2022 Passport, aside from the TrailSport's front seats. There's orange stitching on the seat trim and TrailSport headrest logos. The TrailSport logo also shows up on the all-season floor mats, and there's orange ambient lighting inside, as well. EX-L receives contrast stitching, as well, but not in orange. All Passports get a new instrument cluster (white needles on grey, versus the old red on black), while TrailSport trimmed Passports get black chrome gauge trim. All Passports a Rear Seatbelt Reminder and a Rear Seat Reminder for drivers to check the back seat for kids and pets when shutting off the engine and exiting the vehicle. 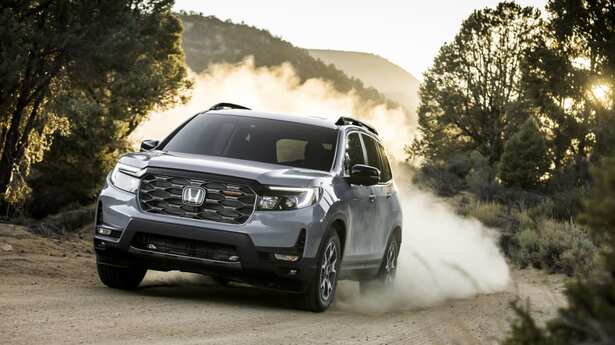 Nothing changes in terms of the Passport's powertrain. It's still a healthy 3.5-liter V6 good for 280 horsepower and 262 lb-ft of torque, mated to a nine-speed automatic transmission. The Trailsport and Elite trims get standard torque-vectoring all-wheel drive and an increase of 0.6 inches of ground clearance. The TrailSport's track has also been widened by 10 millimeters. Finally, the Passport gets new wheel designs across the range, and they're all upsized to 20 inches except for the TrailSport, which are 18 inches with pewter-colored trim shod with taller rubber for better off-roading protection and traction.

It's good to see Honda shed a bit of the crossover look and feel in favor of a more rugged appearance thanks to the TrailSport trim. There's no word on pricing for the new trim, but expect the news to come soon, as well as the sale of the vehicle itself, which should take place before the end of this year.

Get a Good Deal on the Honda Passport

A Used Honda Passport is a great alternative to new. Read our full review below: 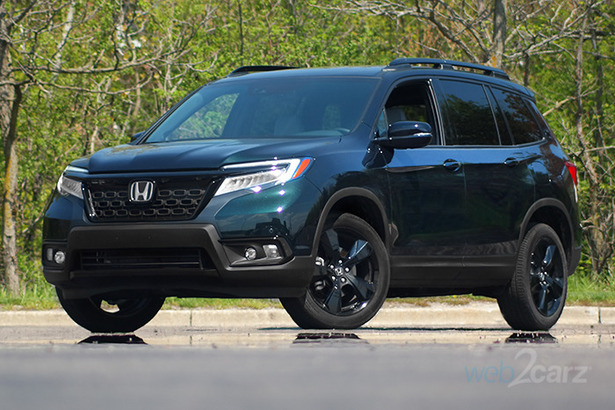