Beautiful on the inside just isn't enough 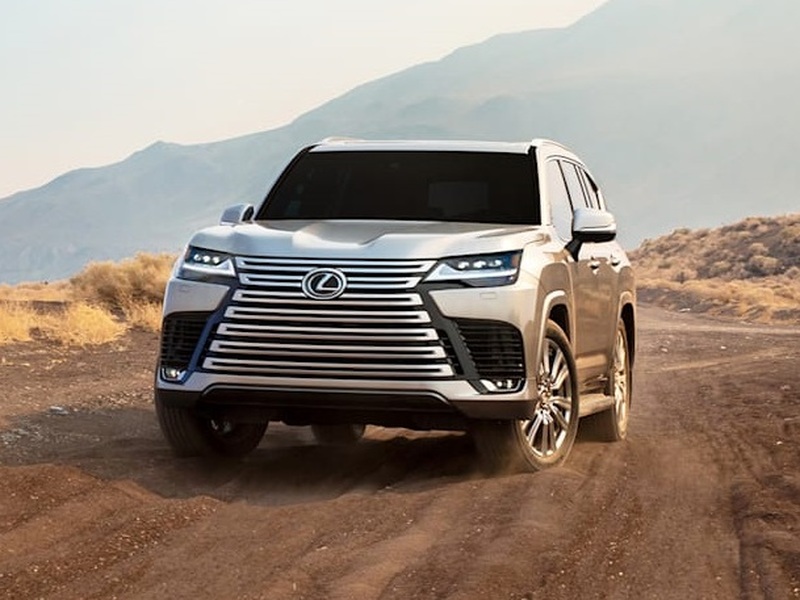 The face only a mother could love. Seriously.

Lexus recently dropped photos of its new flagship SUV, the 2022 Lexus LX 600. We thought we'd get something radically different, but the total redesign looks, well, a lot like the last generation LX 570 that lasted a decade before the new design. The problem is that it's actually worse looking than the outgoing one, to the point of being painful to look at. 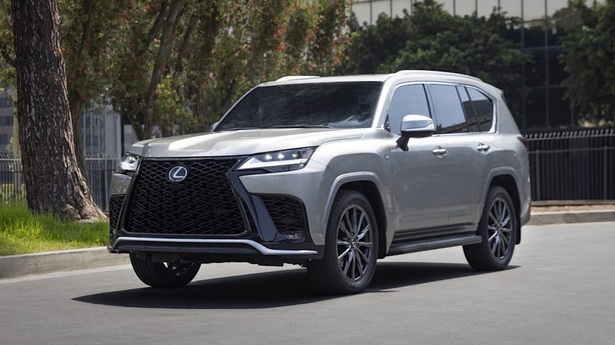 A lot of LX 600 looks like the LX 570, only worse. Only in F Sport trim does the grille look a little bit better.

The LX 570 was a pretty good body-on-frame luxury SUV, but no one would accuse it of being pretty. The biggest issue wasn't the exterior, which was fine, but it was the very dated interior and the big V8 engine. As with the previous LX 570, the new LX 600 is based on the Toyota Land Cruiser. We take a look at the changes and the, er, looks of the new SUV.

What's With the Grille??? 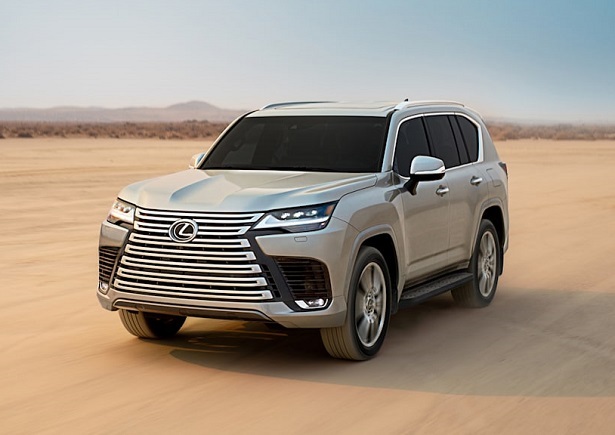 We're not sure who at Lexus thought this face was a good idea.

The first thing you notice, especially on the non-F Sport trim, is the enormous grille that now has huge silver bars and no more silver frame surrounding the grille. It's a 14-bar grille that dominates everything else on the front fascia, as well as on the rest of the exterior, for that matter. Rather than polarizing, we wonder if there's anyone out there who actually thinks this looks good, aside from the design team.

The F Sport version gets a similarly shaped black mesh grille but with a black frame to match. It integrates better into the black trim in the lower fascia and actually makes the LX 600's styling look more unified. It's the one we would get if we had a gun to our head. The body gets pronounced fender well creases and that signature LX slanted side rear window frame. The rear looks the best when compared to the rest of the vehicle. The taillights are connected, and the Lexus logo is gone, replaced with elegant LEXUS lettering. 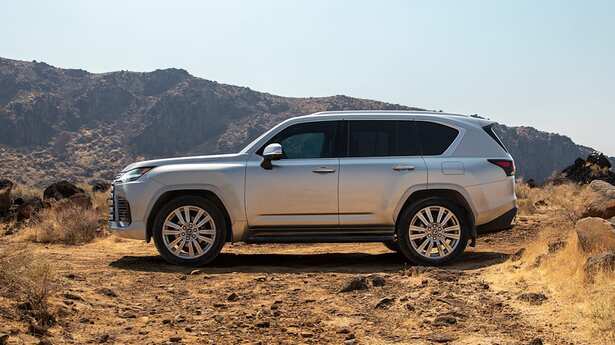 The LX 600 has a similar, albeit chunkier look to it from the profile view.

Despite the fact that the LX 600 looks a hell of a lot like its older brother, Lexus wants customers to know it's all-new and totally redesigned. Under the hood is a new engine, no longer the booming V8 (383 horsepower, 403 lb-ft of torque) from the LX 570. The new SUV is powered by a twin-turbo 3.5-liter V6 that delivers even more punch with 409 horsepower and 479 lb-ft of torque. The platform is on the new TNGA-F, and it, thankfully, remains body-on-frame construction, so it can manage more off-road situations than most people will ever throw at it. The suspension design is double-wishbone at the front with a four-link solid axle in back. 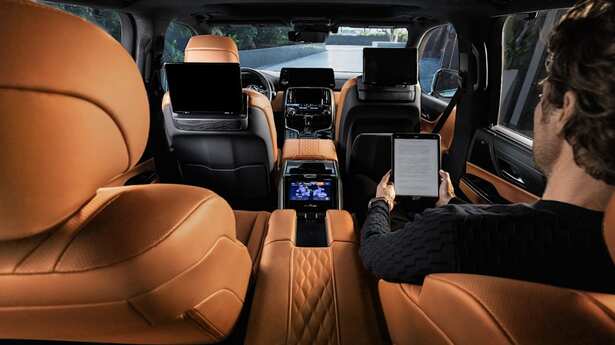 The biggest change, aside from the engine losing two cylinders, is the new interior. That's the part that needed the most improvement in order to go up against the competition (BMW X7, Audi Q7, Infiniti QX80, Mercedes-Benz GLS) in terms of technology, comfort, ergonomics, features, and refinement.

The LX 600's interior gets a new dual-screen infotainment system with an upper 12.3-inch touchscreen (audio, navigation, vehicle settings, vehicle info) and a lower 7-inch version for climate control and occupant comfort). Let's hope the interface and software are better than the 2021 Lexus models we've been driving. That's a pain point that desperately needed to be addressed because of the vagueness of the touchpad controller. 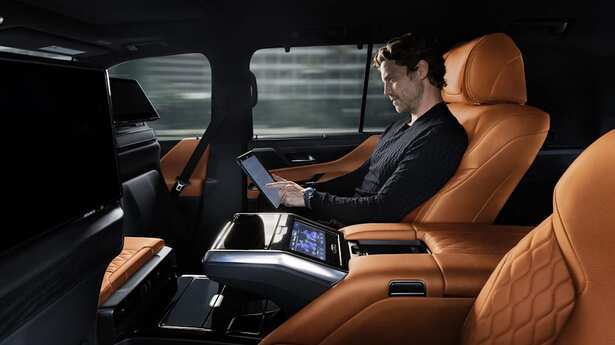 The interior shots you see here are the top trim Ultra Luxury. It does look pretty sweet with the diamond quilted leather Captain's Chairs in row two and the big control screen in the middle. The third row gets eliminated, and there's room for just four to ride in total comfort. We don't have all the details, but we're guessing there's heating/ventilation/massage for all four occupants at this trim level. It would only make sense for the top trim LX 600. There's also infotainment screens, and the right rear passenger can send the front seat all the way forward for maximum reclining. 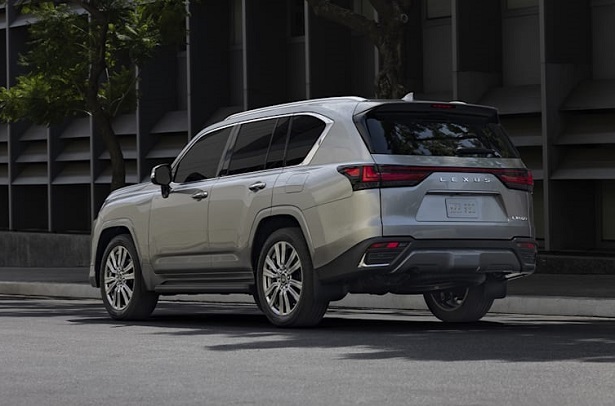 It's not a terrible view from the back, but it doesn't get our blood racing.

The all-new LX 600 will show up at dealerships early next year as a 2022 model. There's no information about safety features, performance, fuel economy, etc., and there's no pricing yet. Expect it to be at least a couple of thousand more than the current LX 570's $86,930. It might not be pretty, but at least it's the Land Cruiser we didn't get, right?

A used Lexus LX 570 is still built like a tank and will last just about forever. Read our full review below: 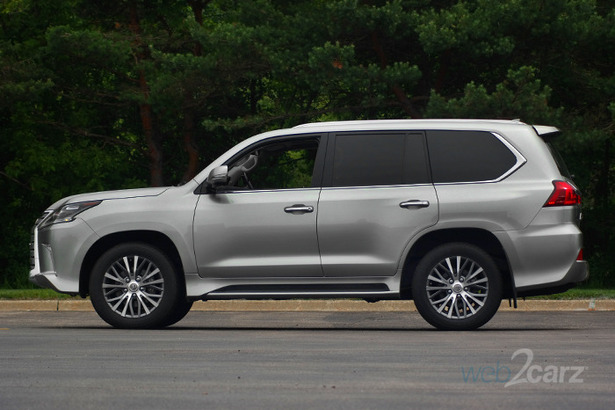 Find a Great Deal on the Lexus LX 570