You Can Actually Buy the Baja-Ready Ford Bronco Desert Runner

To say it's off-road ready is an understatement 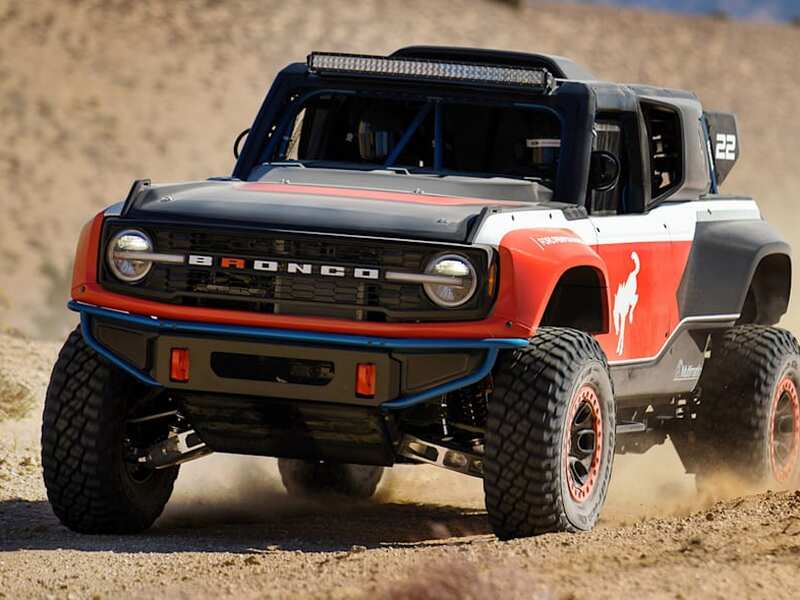 This is the Bronco to covet.

Based on the sheer number of pre-orders for the new Ford Broncos (nearly a quarter-million), it's quite obvious that the rugged SUV is one of the most popular vehicles of the year. Not only does it look much like the original (and very unlike the awful Bronco II from the '90s), but it's also built to take punishment that should make it legendary. It's going up against the likes of the Land Rover Defender and the Jeep Wrangler, so it certainly has to be impressive. 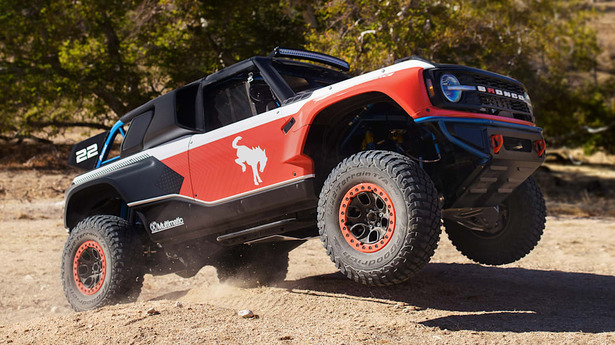 This is exactly the kind of thing the Bronco DR was designed to do.

If you're one of the long-suffering Ford Bronco pre-order customers who has been waiting for what seems like forever, it looks like your wait should soon be over. Orders are currently in the fulfillment process, and hopefully, the roof problem will soon be fixed. For those who haven't ordered one, the ultimate version of the Bronco, known as the Bronco DR, will be available for sale in very limited numbers. This is the very same vehicle Ford will run in the 2022 Baja 1000 off-road endurance race.

What Makes the Bronco DR Different? 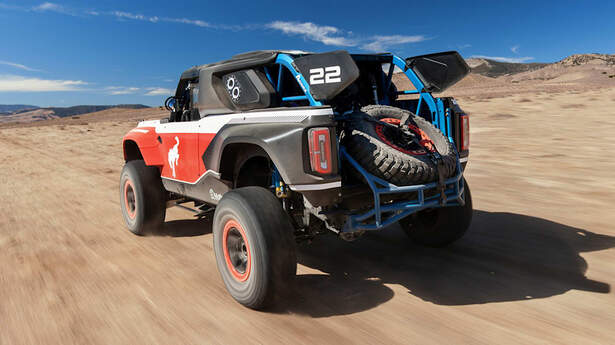 The V8 engine should make a serious difference in the way the DR drives.

First of all, the DR is meant for way more than just trips to the grocery store or even run-of-the mill off-roading. The Desert Runner name means it can handle the rigors of the Baja 1000, which include big jumps, high-speed off-road runs, and tons of suspension travel. The DR is mostly stock in terms of frame, body structure, and brake calipers, but much of the rest of it is exclusive to the DR. 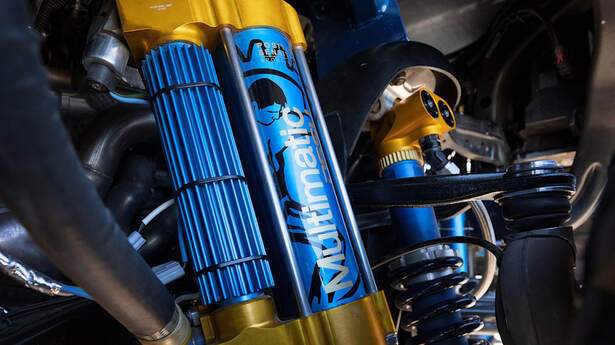 The engine is upgraded from the 315-horsepower 2.7-liter EcoBoost V6 to a 5.0-liter Coyote V8 with over 400 horsepower mated to a 10-speed automatic transmission and transfer case pulled from the Ford F-150. The DR also gets electronic locking differentials in front and back and custom half-axles in front. Quite obviously, the DR's suspension has also been upgraded with Multimatic shocks and custom lower aluminum control arms in front. 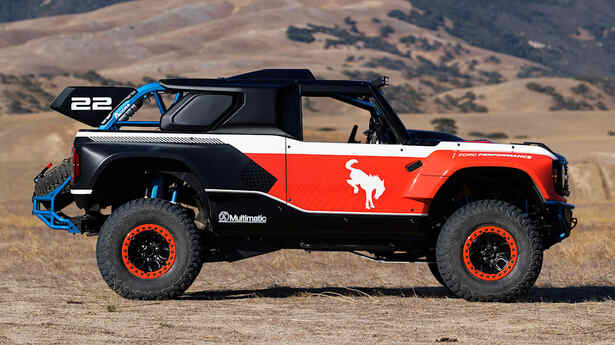 The changes are way more than skin deep. The DR's suspension travel jumps by 55.1% in front (for 15.8 inches) and by 58.6% in back (for 17.4 inches).The rubber that meets the road (and the off-road) comes in the form of big 37-inch mud-terrain tires shod on some red and black beadlock wheels. The DR's approach angle is 47 degrees, the breakover is 33 degrees, and the departure is 37 degrees, which should give it serious off-road prowess. 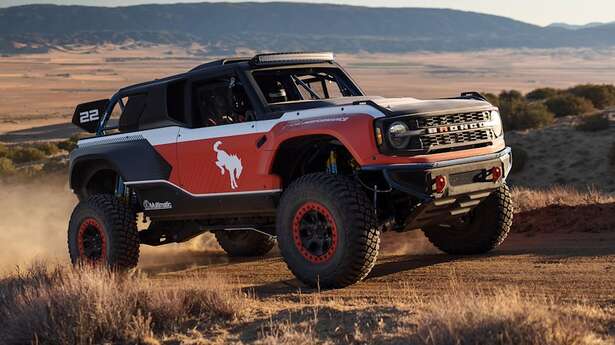 The body panels are exclusive to the DR and get special two-tone paint.

If you're thinking you want the DR as a family SUV, think again. It's not meant to perform daily duties like the rest of the Bronco (and Bronco Sport) line. The body panels are specially-made for the DR, and the bold paint job, custom front and rear bumpers, huge LED light bar, rear spare tire cage, 65-gallon fuel tank, and the rear-mounted radiator mean it was meant for speed, off-roading, and high speeds. The interior also lacks most of the creature comforts of the regular Bronco. There's no infotainment system, no leather seats, and space for only two people due to the rear rack, radiator, and cage. 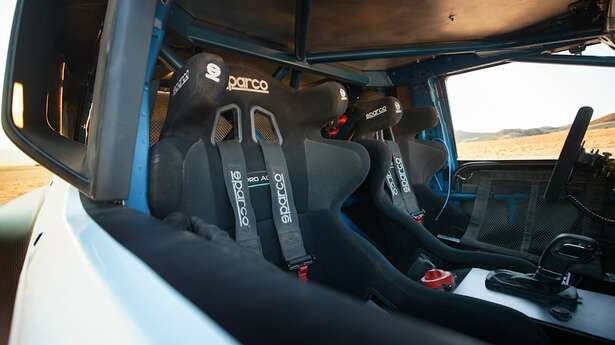 If you think the Bronco DR is for you, you'd better get a move on as soon as it becomes available because a mere 50 units will be made, and it will cost way, way more than even the $57,000 top-trim Bronco First Edition. That's right, we're talking exotic car prices in the mid-$200,000 range. Oh, and it actually isn't street legal at all, so don't think about dropping your high-school kid off with it.