It reeks the best kind of nostalgia with futuristic cues 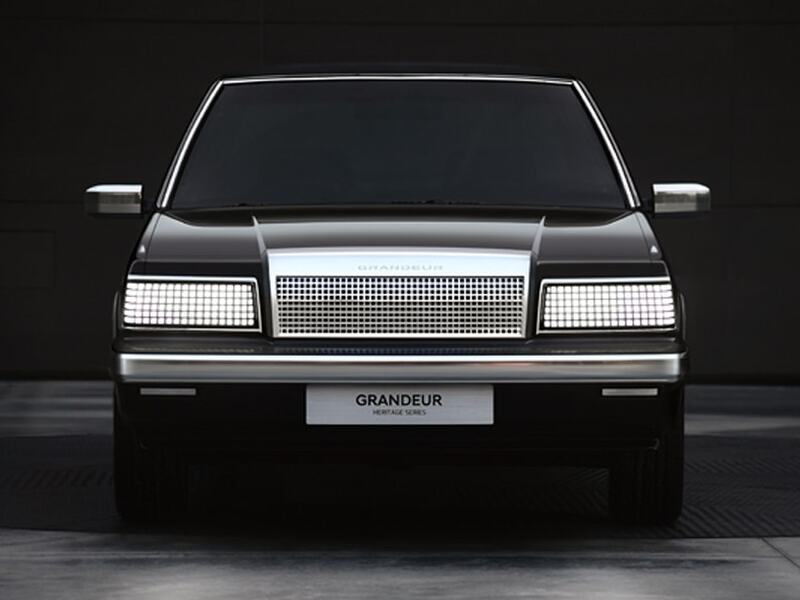 Hyundai's approach to a restomod is pretty freakin' brilliant.

Hyundai knows how to make a statement with their excellent new cars (Palisade, Tucson, Elantra N, Veloster N, Sonata) and now they've done it with another one of their vintage cars, namely the 1986 Grandeur, which was never sold in America. They've turned the dated sedan into a modern EV concept that commemorates the model's 35th anniversary. We have to say, the result is pretty spectacular. 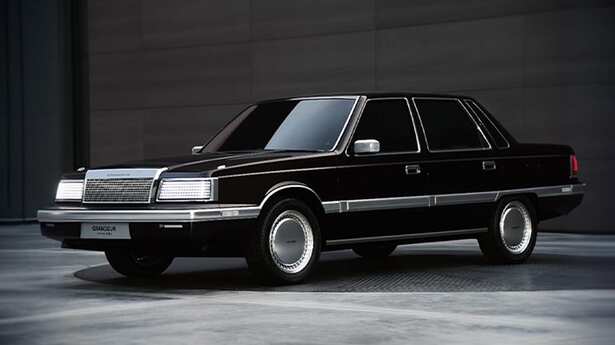 The Grandeur concept isn't for anyone to test drive, nor will it be sold to any buyer. The special car will show up in the new Hyundai design studio in Busan, South Korea. It's a special one-off vehicle that took a full eight months to design and build, and that's pretty good considering how many custom parts went into it. 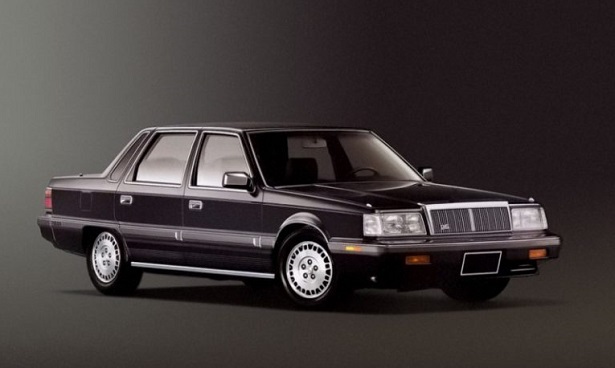 The new concept in the lead photo is vastly different from the original (above), and though it keeps the boxy shape of the original sedan, the rest is pretty fresh. The front fascia has been almost totally redone with a new small mesh grille, headlight clusters have hundreds of LEDs, and the bumper has been clad in silver, matching the molding on the doors and the rear bumper. 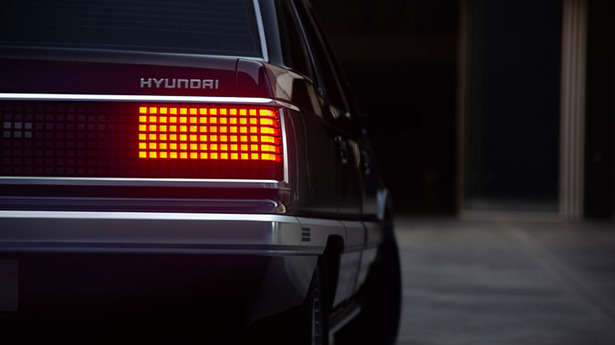 The side marker lights have been changed from amber to white in order to blend in with the silver molding. The taillights match the headlights, as well, with the throwback '80s video game pixellated grid that looks perfect on the revised Grandeur. Even the wheels have been replaced with solid discs that blend past and future.

Another aspect of the changes from past to present is the battery-electric drivetrain that powers the new-ish concept. It effectively turns the Grandeur into a modern EV that no doubt drives like the real thing. Details on the power output, range, and motors have not been revealed. Sadly, we'll never know because it's going to stay in the brand's studio, positioned next to the Hyundai Pony Heritage that was unveiled earlier this year. 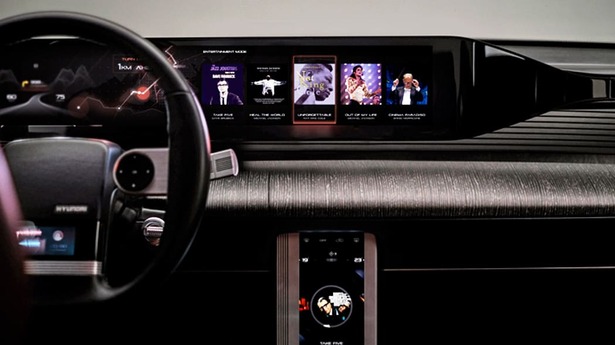 If you thought the exterior was pretty cool, take a good look at the interior changes. I mean, wow. Just about everything has been changed, and it might just be the coolest restomod interior we've ever seen. The expansive screen across the dash replaces all of the Grandeur's original instrumentation. Behind it are some of the audio system's 18 speakers. The screen controls climate and audio functions, and it even turns into a digital piano you can play (not while driving, naturally). 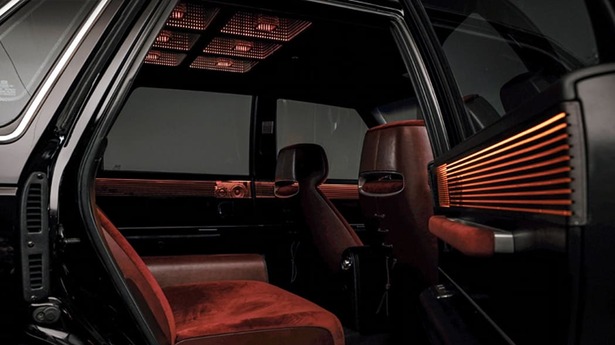 There's even a nifty cylindrical center console drawer that opens up to hold smaller items. The revised cabin has ample ambient lighting across the dash and doors, and there's a huge set of LED lounge lights in the rear headliner's infinity mirror that are unlike anything we've ever seen. 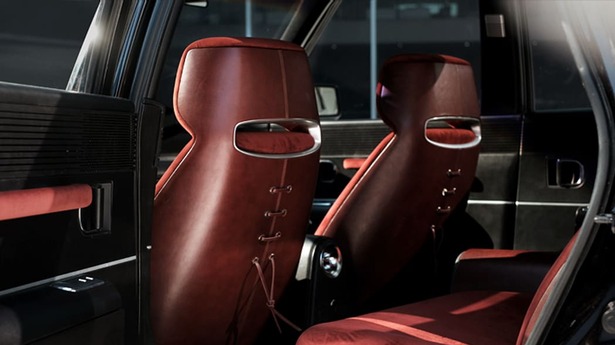 The seats might just be the most original ones we've seen in a long time and they're made with plush velvet and richly dyed leather. There are even leather ties on the backs of the seats that make them look unlike any versions we've ever laid eyes on. It provides a new level of luxury and original interior design that we'd love to see on a new Hyundai or Genesis vehicle.