Thinking outside of the conventional EV box 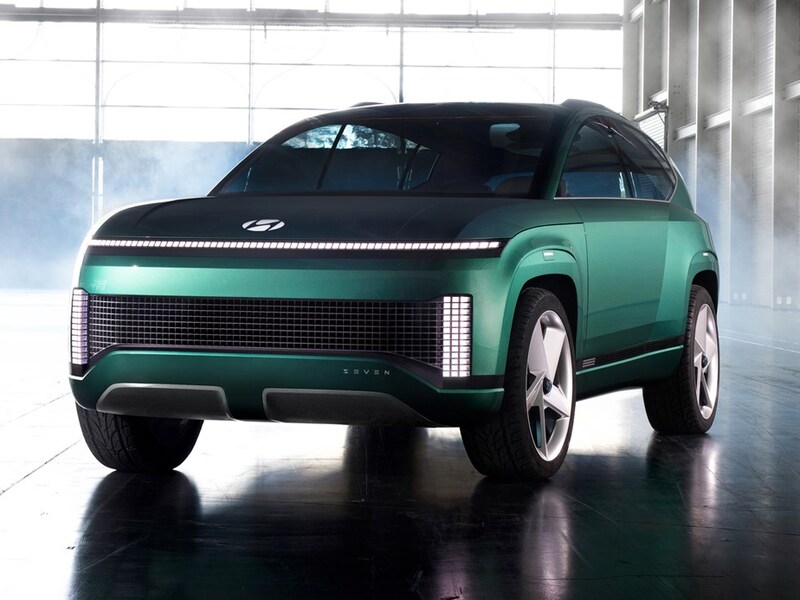 It seems like every month, there's a new electric vehicle being unveiled, and this week it's truly a special one in the form of the Hyundai Seven Concept. In and of itself, it's pretty cool, but the most important news is that it's the precursor to the production version of the 2023 Hyundai Ioniq 7 crossover EV. This vehicle is a big deal because it's the second EV in the Ioniq line (the Ioniq 5 hatchback was first) 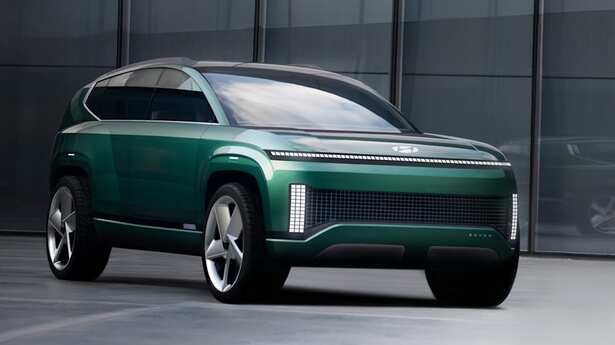 The pixellated lights are now a theme on the Ioniq EV series.

The Seven is even more squared off than its smaller Ioniq 5 hatchback's design. The new EV uses the brand's “Parametric Pixel” lights in front and back (let's hope you don't have to replace the bulbs yourself), giving the Seven tremendous presence that's both futuristic and deliciously '80s retro, like a video game. There's a full-width line of LEDs across the front, punctuated by two outer LED blocks that meld with the wide faux grille. The big strip of red LEDs in back underline the huge glass tailgate that we're pretty sure won't make it to production. 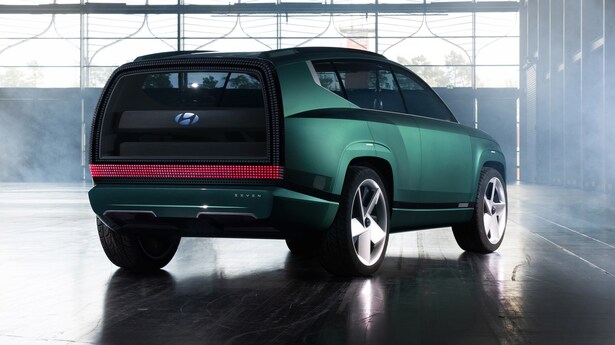 This is our favorite view that shows off big glass, big lights, and big rear haunches.

When you view it from the rear three-quarters, you can see how pronounced the rear haunches are, and they terminate at the rear tailgate, which gives the Concept Seven a look like no other EV we've seen, much less any SUV of any kind. The notched D-pillar looks great, as well, along with the sloping greenhouse. From the profile view with all the doors open (including the rear suicide doors), you can see how long the wheelbase is. There's room for both front and rear passengers to enter via a single large aperture, and the doors swing out at almost 90 degrees. 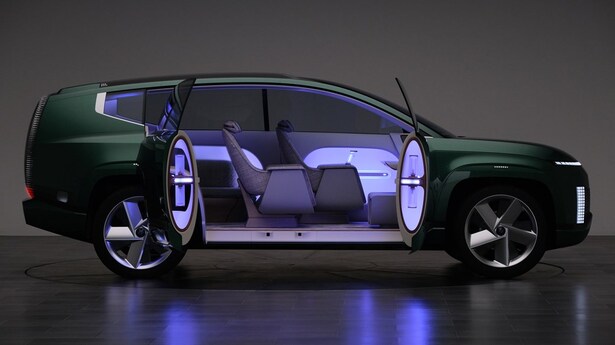 We doubt the cool suicide doors will make it to production, but fingers crossed.

The Ioniq 7 (the production version) should ride on the brand's dedicated E-GMP platform. The range is quoted at over 300 miles, but there's no additional information about the range or the power output. We're guessing there will be the option for two motors if they don't come standard. Hyundai at least states that the Ioniq 7 will charge from 10% to an 80% charge in 20 minutes via DC fast charging. 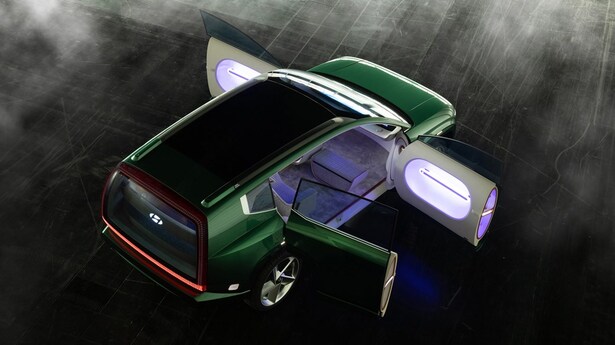 If you thought the exterior was radical, just take a look at the cabin. It looks more like a futuristic lounge than a vehicle interior. There are big swiveling fabric lounge chairs in front and a curved bench seat in back. The floor inside is completely flat, made possible by the location of the battery. Occupants can move around freely (hopefully, not while the vehicle is in motion). There's a control joystick instead of a steering wheel, which we don't think will make it to production, either. 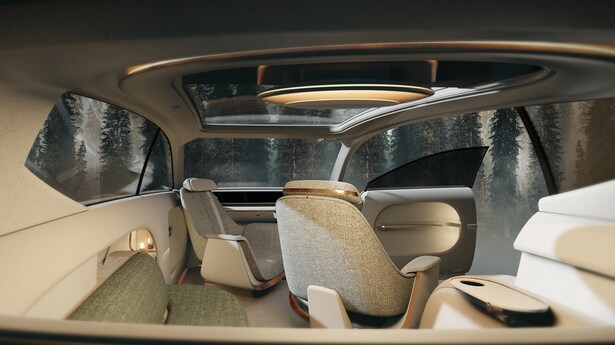 There's plenty of domestic ambiance going on in the Concept Seven's interior.

The home-like interior includes a mini-fridge, shoe-care compartments, and “segment-leading hygienic features” like a Hygiene Airflow System and UVC sterilization. There are roof-rail-mounted air intakes, and exterior vents by the rear wheels. Airflow can be separated between front and rear occupants, and cross-contamination is minimized (as well as odors).

The Ioniq 7 will arrive sometime in 2023, so it's still a ways off. The model will likely be named the Ioniq 7, and we're hoping it will look close to this awesome concept.