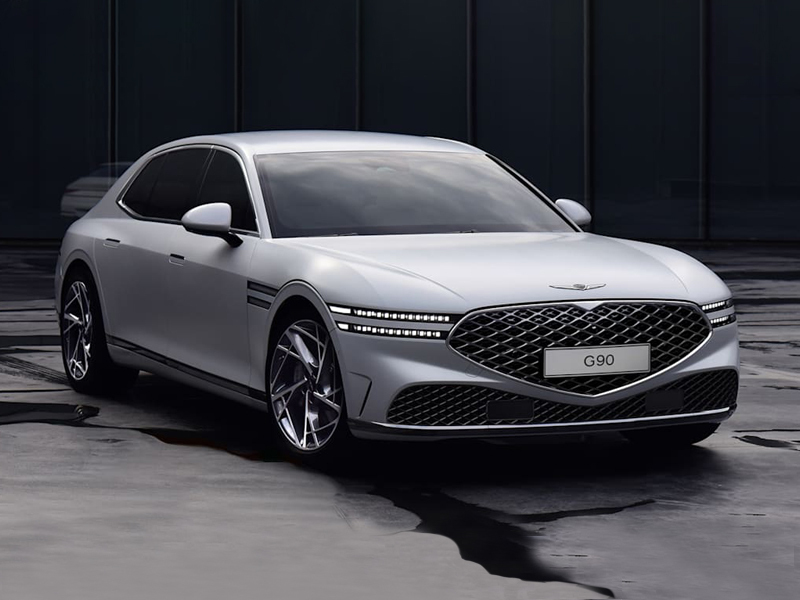 We will have to long from afar.

The Genesis G90 flagship sedan is still on sale here in America, and it will continue on through the 2022 model year, but a new one is waiting in the wings. The good news is that it's a stunner, adopting the design language that's permeated the rest of the lineup and finally trickled up to the top dog sedan. The bad news is that we probably won't see it here since Hyundai announced the G90 will leave our shores for 2023. 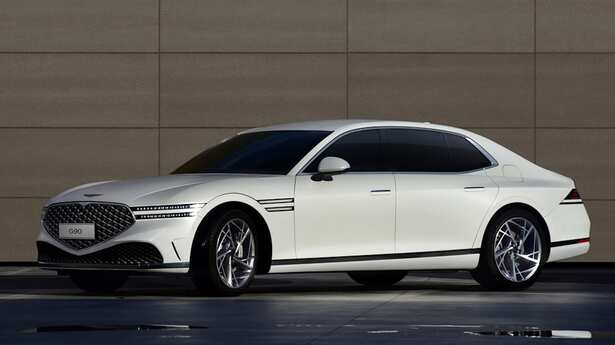 The current G90 looks a bit awkward, even though it was recently refreshed. What it really needed, however, was a total redesign to make it consistent with the rest of the Genesis lineup. The styling elements from the new G80 carry over to the G90, and the result is beautiful. The new car loses the bulkiness and the disjointed styling of the current model. It now looks more on par with BMW, Mercedes, and Audi because it sits lower and wider than the limo-like model that's now on sale. 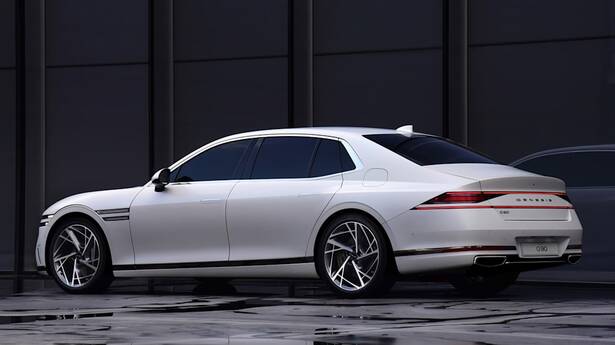 The grille is actually smaller than the 2022 G90, and the hood is longer. There are actually two layers of mesh in the grille, giving it even more sophistication and depth. It's a unique approach to design, and the rest of the car follows suit. There's a full clamshell hood that's exclusive to the G90, and it extends from the top of the grille, over the front wheels, and all the way to the windshield and front door's leading edge. The creased body is beautiful and leads to the slick taillights. The lights, front to the rear, line up nicely. But the G90's taillights opt for taller units on the top versus the same sized parallel units found on the G80 sedan and the GV80 SUV. 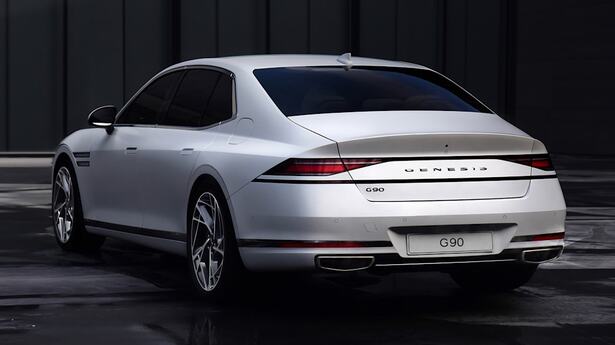 We love the way the rear 3/4ths transition to the back. There's a small ducktail to the trunk, and all of the lines converge beautifully from front to rear. The shield-shaped tailpipes mimic the grille shape, just like the rest of the Genesis line. Unfortunately, we can't see the interior yet, but we expect it will be as stunning as the GV80 SUVs, or even better. In terms of power, nothing has been disclosed, but it's likely the car will get a twin-turbo V6 instead of a V8. Genesis is really knocking things out of the park in terms of styling and driving dynamics these days, and they're taking the luxury world by storm.