An uber-schmancy Tundra for the upper crusty 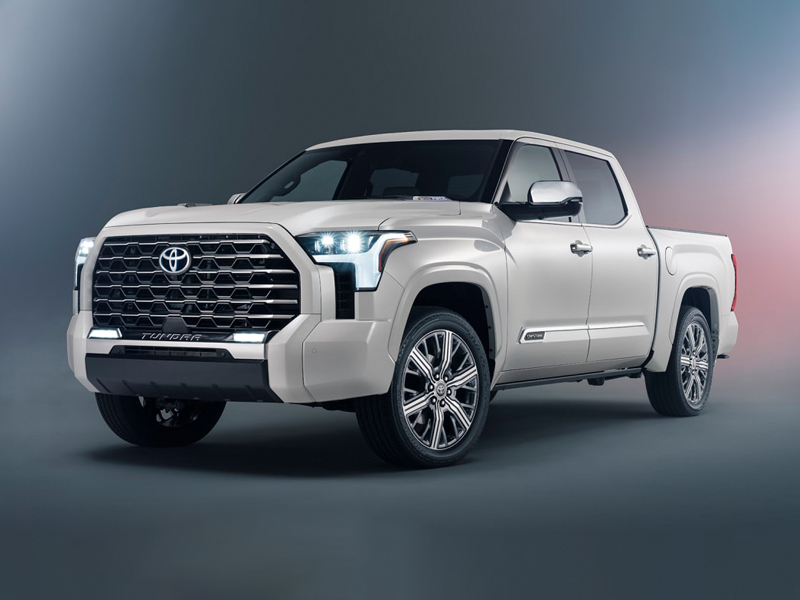 The new Tundra Capstone really helps you forget how dated the last Tundra was.

It's hard to believe we finally have a new Toyota Tundra in the states. We were waiting for what felt like forever for the redesign, and it's finally here. Not only does it look competitive from a feature and technology set, but it also gets real luxury in the form of the new 2022 Toyota Tundra Capstone. It's the top trimmed model, and it certainly looks like more of a lifestyle truck than a hay hauler. These photos show it off in a regal white hue, and it looks plenty fancy. 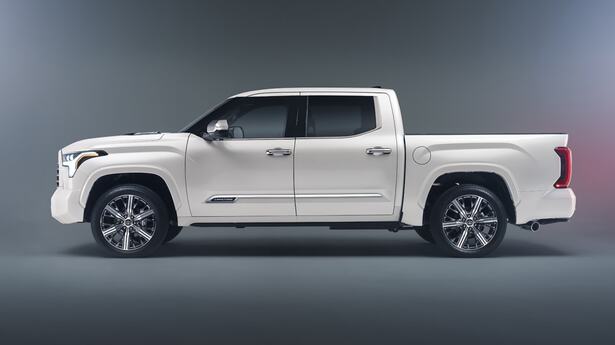 While there's no change to the powertrain (379 hp, 3.5-liter V6  or 437 hp 3.5-liter V6 with a mild hybrid system), the Capstone adds both special interior and exterior features that level it up as the most expensive Tundra available. The only configuration available on the Capstone is the crew cab with the 5.5-foot bed. For the record, here are the trim levels and prices of the other five (not including the $1,695 destination and delivery fee):

Additional Features on the Tundra Capstone 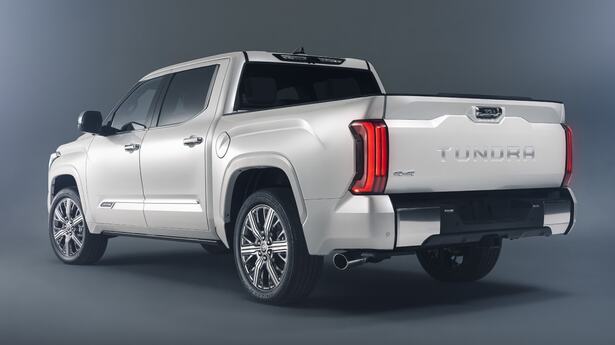 The Tundra Capstone even has a fancy tailgate.

The exterior of the new Tundra communicates a rugged but very modern pickup truck. Some might call it overstyled, but that's pretty much where pickup truck design is right now. Buyers want bold and brash, not understated and simple. The new Tundra certainly qualifies with its multi-faceted front fascia and creases and lines as far as the eye can see. Instead of black trim, there's body-colored fender trim, body-colored bumper trim, and special badging all around. 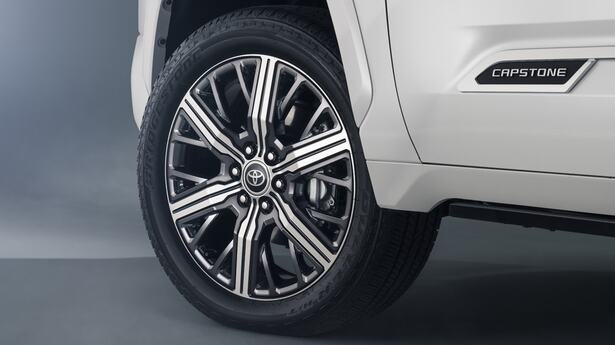 The Capstone adds tons of chrome that, surprisingly, doesn't make it look goofy or cheap. There's a new grille with a mesh pattern that's different from the rest of the lineup, and the grille frame also matches the body paint.  The wheels look pretty fancy, as well. The Capstone gets some seriously large 22-inch wheels as well, the largest Toyota has ever offered on a Tundra.

The cabin is even more special than the exterior. The Tundra Capstone gets two-tone black and white semi-aniline leather in front and back. The specially-treated leather is more durable while allowing some of the natural patterns of the leather to emerge for a more luxurious look. The dash of the Capstone receives special open pore walnut trim and an illuminated Capstone logo. 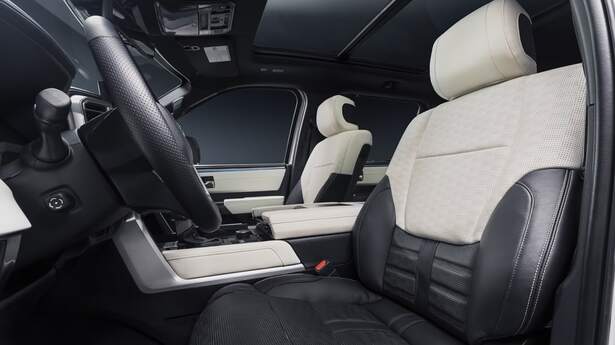 A vivid and large 12.3-inch digital instrument display gets paired with a positively huge 14-inch infotainment screen and a 10-inch head-up display. Thankfully, the new software is Toyota's latest and greatest. It's the same OS that's found on the new Lexus NX, which we really enjoyed using during our NX test drive. The Capstone also gets special acoustic glass on the front doors, a big panoramic sunroof, and a heated steering wheel. 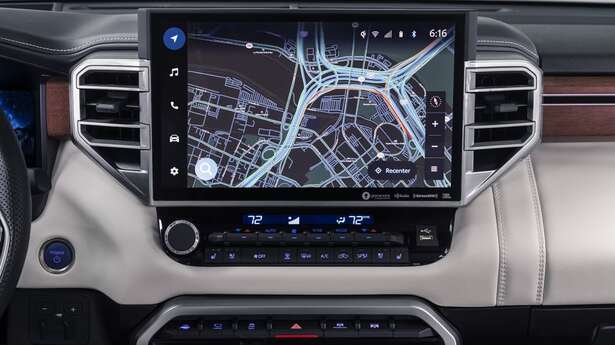 Under the hood is the 3.5-liter twin-turbo V6 and the added mild hybrid system that bumps power to 437 hp and 583 lb-ft of torque. The Capstone also receives the towing package as standard equipment. Towing capacity is 10,340 pounds, and the payload capacity stands at 1,485 pounds. Additional standard equipment includes a surround view, power-retractable running boards, blind-spot monitoring, and adaptive cruise control with lane-keeping assist. 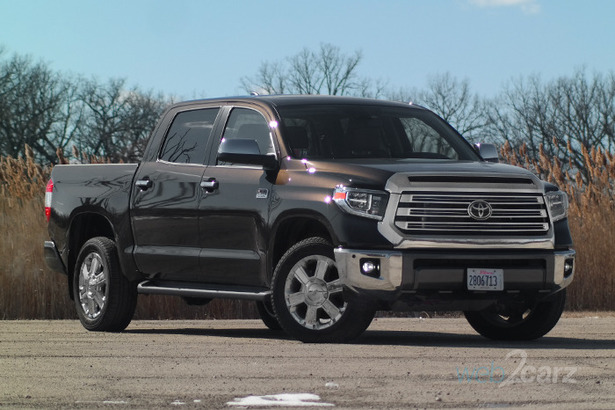 Just for reference, look at how far the Tundra has come. This is from 2020. Yeesh.

The Capstone will be available in the spring of 2022, and it adds a sixth trim level to the new Tundra. It should go up against the likes of the Ford F-150 King Ranch, the Chevy Silverado High Country, the Nissan Titan Platinum Reserve, and the Ram 1500 Limited. We can't wait to drive the new Tundra to see how it stacks up against the competitors in this super-hot segment.

Get a Good Deal on the Toyota Tundra