The Hi-Po version of the compact pickup gets nasty 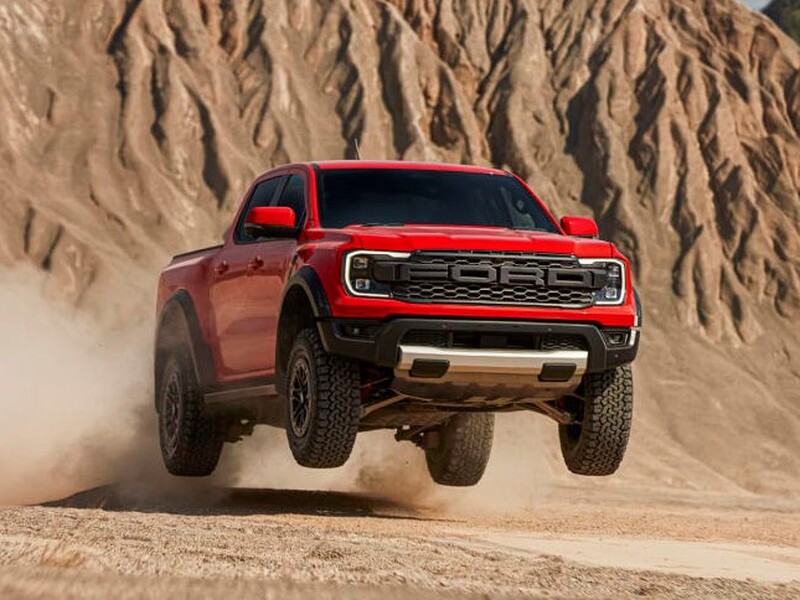 Yes, the Ranger Raptor can take on some serious jumps.

We were pretty impressed with the last Ford Ranger we tested. The Tremor package made it that much better to drive, and it really needed it since the base truck was just okay. Well, we're pretty sure the new Ford Ranger Raptor will be positively mindblowing now that we know all the details. 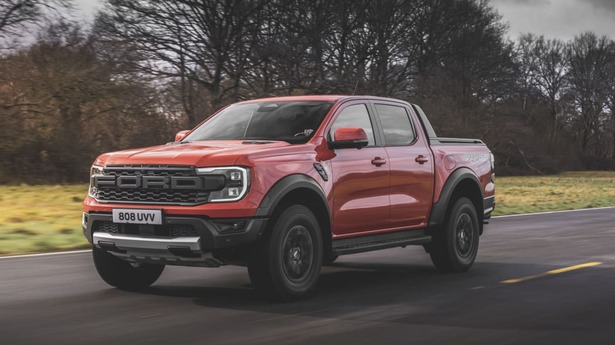 While it might look a little bit different from the standard Ranger, all of the upgrades underneath the skin change the truck completely. Ford Performance built the truck, and it's going to be a hoot thanks to serious power and off-road prowess. Here are the important details. 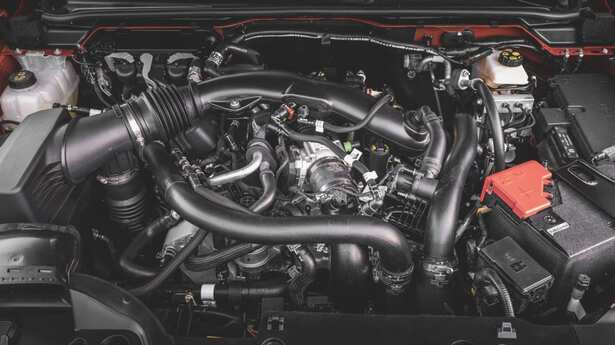 We never got the first-gen Ranger Raptor, but this second-gen version is one we'll definitely get. First and foremost is the power upgrade from the Ranger's standard turbocharged 2.3-liter four-cylinder delivering 270 horses. The Ranger Raptor will get a twin-turbocharged, gas-powered 3.0-liter EcoBoost V6 with 392 horsepower and 430 lb-ft of torque. While that's less than the 400 horsepower in the new Bronco Raptor (also with a twin-turbo 3.0-liter V6), it's still gobs of power.

The Ranger Raptor truck that will be sold in international markets will get the same engine in the first-gen truck, a 2.0-liter twin-turbocharged diesel that provides 210 horsepower 368 lb-ft of torque. While that doesn't even come close to the U.S. version, there's still a healthy amount of torque to get things done. The U.S.-bound Ranger Raptor will also benefit from an anti-lag system found in the Bronco Raptor that actually keeps the turbos spinning for three seconds after the driver pulls off the gas pedal. What this, effectively, does is keep boost going for better on-demand performance. 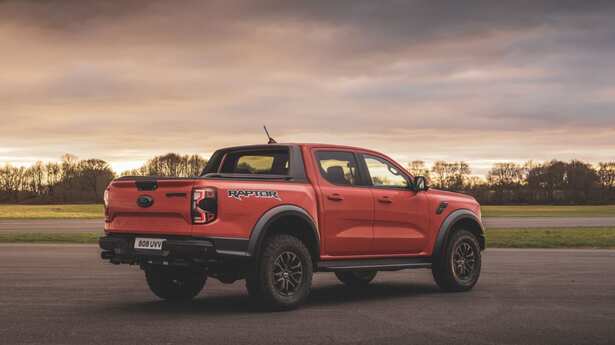 The powerful twin-turbo V6 engine is mated to a 10-speed automatic transmission that routes power to all four wheels via a two-speed transfer case and two locking differentials front and rear. The Ranger Raptor also gets an active exhaust system with four modes. It can manage high-speed off-roading, as well as low-speed off-road crawling.

The Ranger Raptor also gets a completely reworked suspension and special mounts and internal reinforcements to manage high-impacts.The lower control arms are made from aluminum to reduce weight, and both axles gain more travel, and there are adjustable Fox 2.5-inch Live Valve shocks with internal bypass technology. There's also something called Bottom-Out Control, which maximizes damping force in the final 25% of suspension travel to prevent contact between the underbody and the road/rocks. There are also underbody skid plates for added protection. 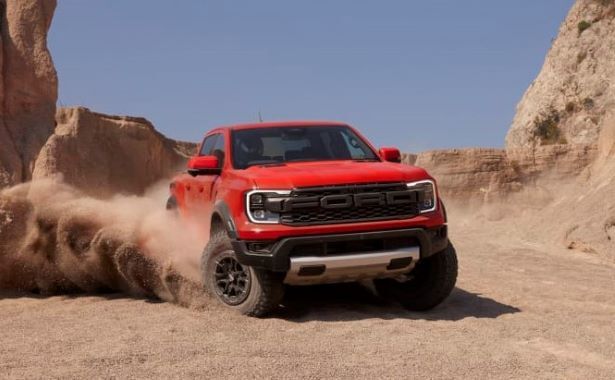 There are a full seven different selectable drive modes: Normal, Sport, Slippery, Rock Crawl, Sand, Mud/Ruts, and Baja. Each mode will alter traction control, stability control, ABS sensitivity, shift points, and throttle response to cater to the needs of the driving environment. Just like the fancy F-150 Raptor, you will see animations/themes in the digital instrument cluster when each mode is selected.

Ruggedized Style Beefs Up the Looks 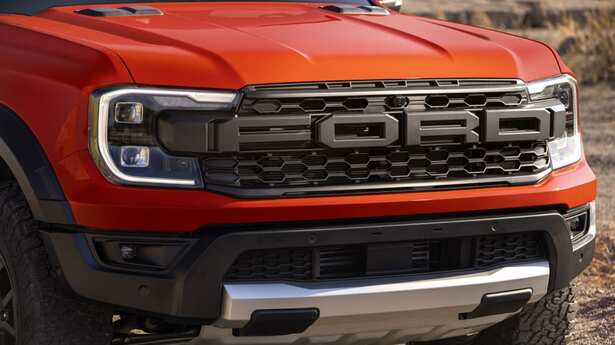 You can't just add all of these power upgrades and off-road bits without changing the way the Ranger Raptor looks. Nobody wants their pricey, powerful compact pickup truck to look like a run-of-the-mill Ranger. The Ranger Raptor's grill is black, bold, and plenty big thanks to the matte-finished "FORD" Raptor grille. The C-shaped DRLs look great, as do the twin-lens LED headlights. The short bumper matches the grille while helping the approach angle, and that skid plate is also front and center. 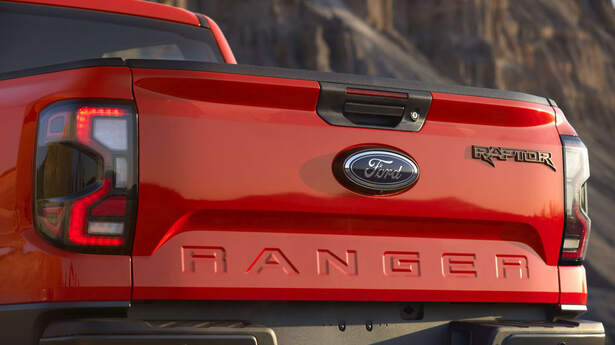 The flared wheel arches complement the tougher look of the Ranger Raptor, and there's also plenty of black trim bits all over the truck. Did we mention the dark beadlock wheels that are both practical for keeping the tires on the rim, while also looking pretty badass? Finally, there are Raptor badges on the Ranger Raptor that look just like the ones on big brother F-150 Raptor's. Nice. 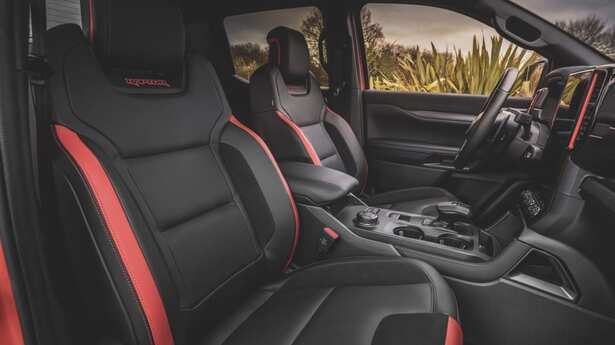 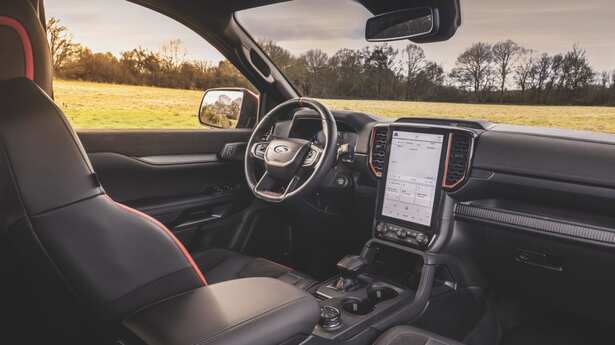 The Ford Ranger Raptor should prove to be the most capable and powerful compact pickup truck on earth, and it sounds like Ford did things up right. While there's no news about pricing or an actual sale date, we can expect the new 2023 Ford Ranger Raptor to show up on our shores sometime in 2023. We can't wait to drive this little monster.

The Ford Ranger Tremor is a worthy version of the compact Ranger pickup truck. Read our full review below: 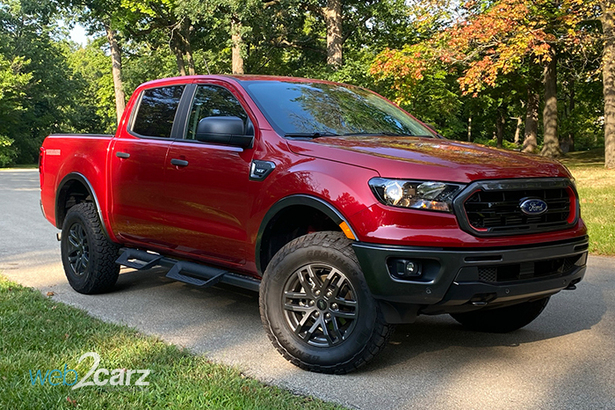 Find a Good Deal on a Ford Ranger Near You