The Upcoming VW I.D. Buzz Gets a Seriously Fun Interior

It makes other minivans look even more boring 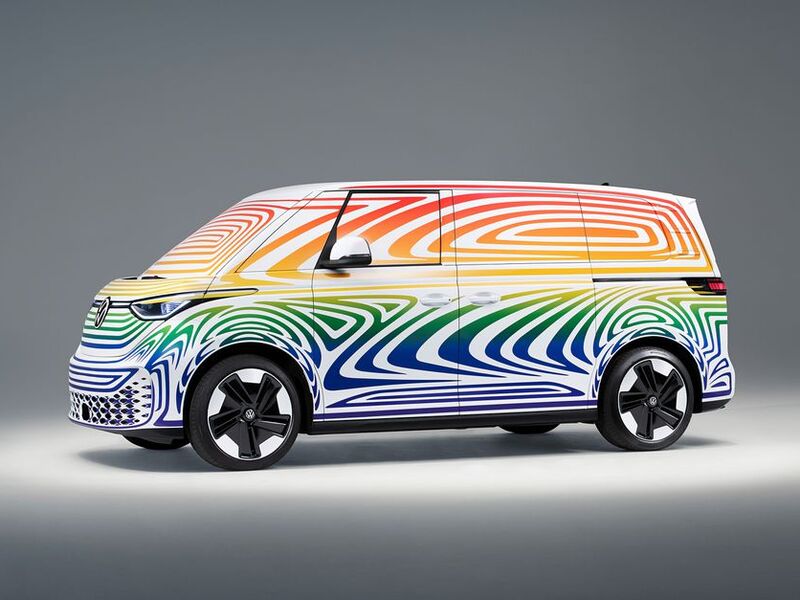 The cabin might just be more entertaining than the exterior.

The world might not need a new minivan, but by all appearances, it does need something fun in the segment like the upcoming I.D. Buzz electric minivan. It has been teased several times, but now we get to see what a prototype interior looks like. We have to say we completely love it because it's fresh and very original. What you see here are the first official images of the I.D. Buzz's cabin. Feast your eyes. 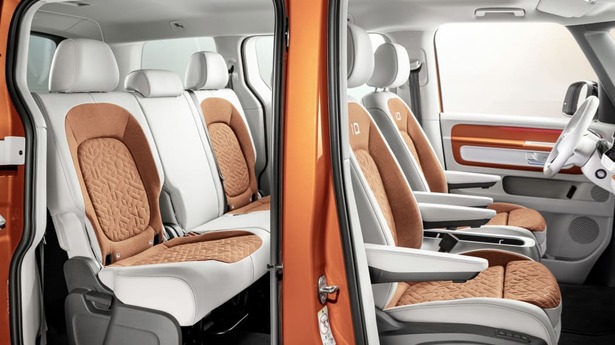 There's no leather, but who cares? The two-tone upholstery looks fantastic.

The two-tone fabric inside the I.D. Buzz will have the inset fabric colored to match the paint color, something we haven't seen yet in a minivan or in other passenger vehicles. This inspiration is drawn from the original VW split window bus from the 1950s that came with different colors. There will be seven monochromatic and four two-tone color options to select. The seat fabric in the new van has a playful geometric pattern that's both aesthetically pleasing and functionally grippy. It even looks like the rear seats have some deep contouring in the outboard positions for added comfort. 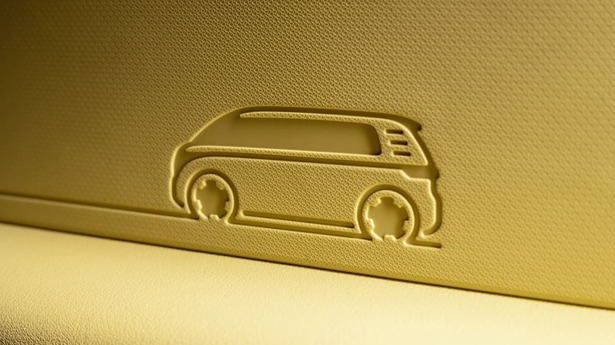 It's not just the seating fabric that's fun, but there are also Easter eggs inside the van. There are numerous silhouettes of the I.D. Buzz carved out in the plastic trim pieces, which adds a playful character to the interior similar to the Jeep Wrangler. There are even little smiley faces on some of the plastic tabs inside the vehicle. It's not a big deal, but they point to VW's efforts to set the I.D. Buzz apart. 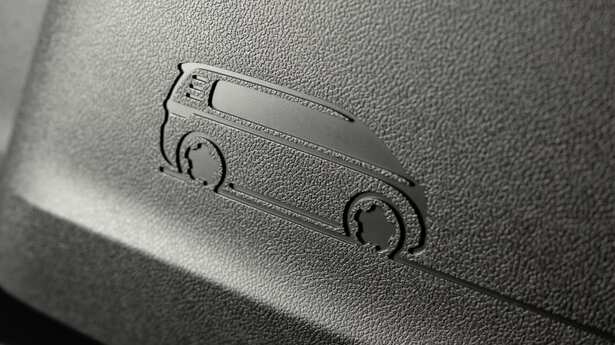 On a secondary level, Volkswagen's photos also suggest that the Buzz will be as spacious as you'd assume considering its box-like proportions. It looks like five passengers can travel aboard in relative comfort. The list of tech features that the van will be available with hasn't been released yet, but leaked images published in January 2022 show a small, digital instrument cluster and an infotainment screen not unlike the ID.4's. 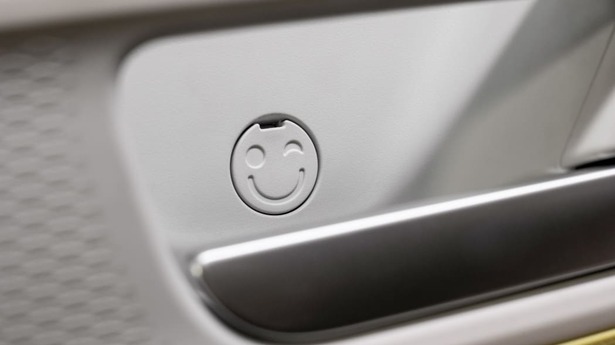 Smile, you're in one of the most fun vehicles to come along in a while.

Technically speaking, the I.D. Buzz is built on the modular MEB global platform. It's powered by an 82-kilowatt-hour lithium-ion battery pack that powers the rear-mounted electric motor. It delivers 201 horsepower and provides up to 250 miles (on the European testing cycle). The I.D. Buzz measures 185.5 inches long, 80 inches wide, and 76.3 inches tall. The standard configuration offers 40 cubic feet of cargo space behind row two. In standard configuration, the I.D. Buzz will seat five occupants, but we will get the long-wheelbase version. We don't know if that means it will get a third row, but that would make sense for our market. 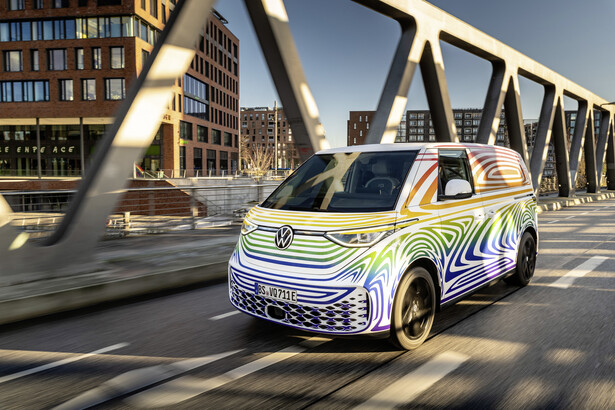 So, when can you expect all this fun to arrive stateside? Volkswagen will unveil the production I.D. Buzz and the more utilitarian and commercially-focused I.D. Buzz Cargo online on March 9th. But both of these are not coming to us. Instead, our long-wheelbase version will debut in the coming months with deliveries taking place in 2024. Let's just hope you can hold out until then.