The only much-needed change for the big Hyundai 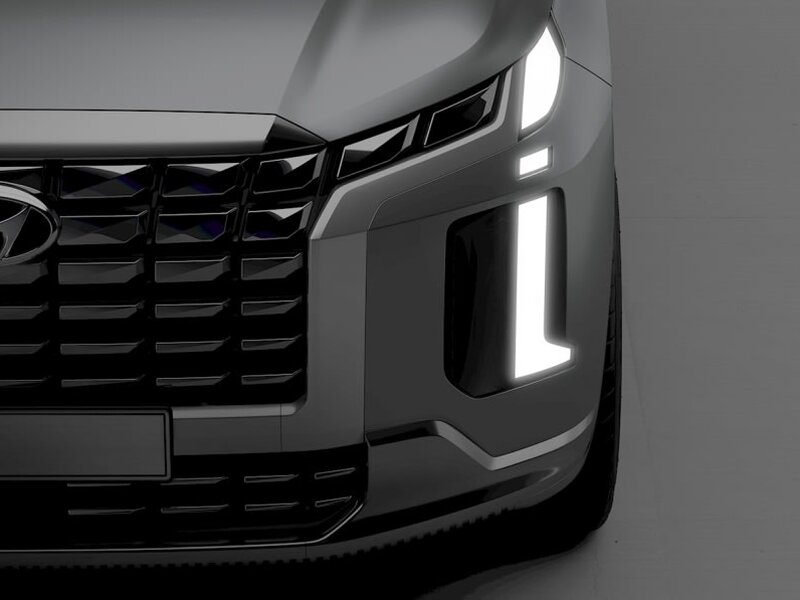 Bolder, brighter, and ready for prime-time.

We absolutely love the Hyundai Palisade. Well, we love most of it. The front end has never been all that good-looking because of the rather polarizing grille. That's all about to change with the refreshed 2023 model that's about a week away from debuting. Hyundai just dropped a couple of teaser images, and we like what we see. It's coming to the New York Auto Show next week. 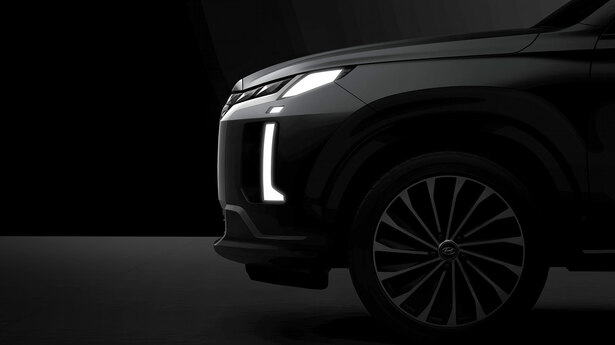 The lead image shows a portion of the grille, headlight, and daytime running light. Gone is the original mesh Cascade grille, replaced by a version similar to the one on the new Tucson. But this version is actually more squared off than both the Tucson's and the current Palisade's.

A portion of the grille's upper corner now extends into the DRL section, which gives it a more unified appearance. We expect some portions of the grille to illuminate like the one on the Tucson. The vertical daytime running light bars also look slightly different with a wider light band and a bracketed bottom portion. There also appears to be a new turbine wheel style as indicated in the second image. 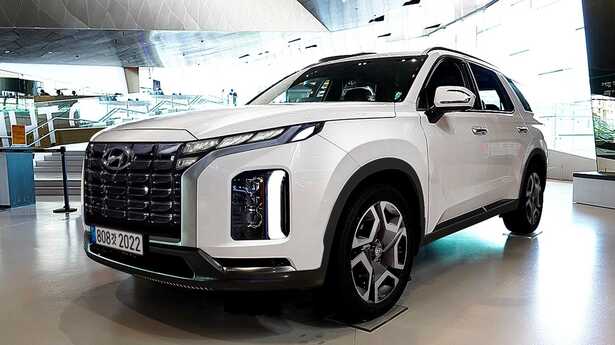 This appears to be a prototype that shows the new grille. It's not exactly like the teaser (image: Motor1).

We don't have any other images that show what the back end will look like. It's not as much in need of change as the front end, but we'd love to see updated versions of the taillights. The current model has a three-cell housing that could use a refresh. The c-shaped taillights on the Kia Telluride look better than the ones on the Palisade, and we'd like to see the Palisade catch up. The 2023 Hyundai Palisade will bow on  April 13, the first media day of the New York Auto Show.