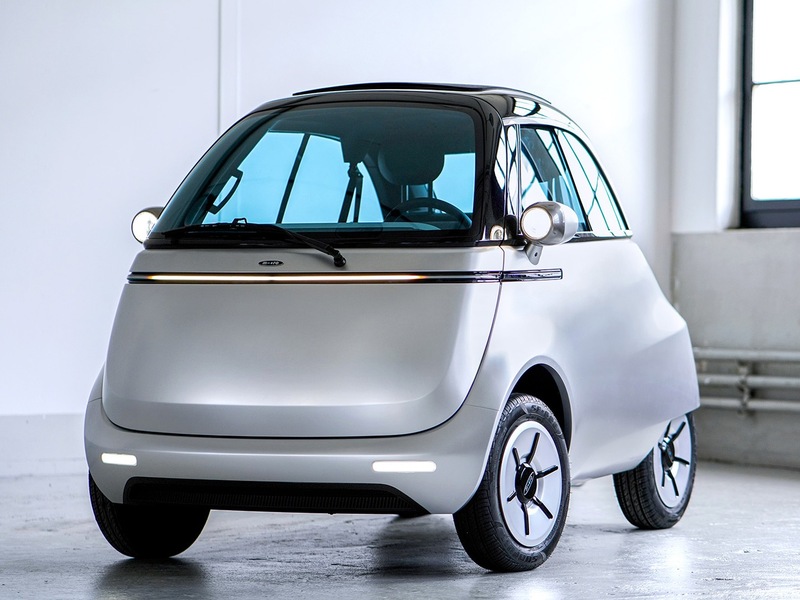 Not for trips to Home Depot unless you're just buying a box of screws.

EVs come in all sizes, but most of them these days err on the side of compact crossovers and sedans. Bigger vehicles are also in the mix. EV pickups like the Rivian R1T and the Ford F-150 Lightning are on the scene, with more to come. What makes the most sense, however, is something truly tiny. That's where the Swiss Microlino comes in. Take a look at this little guy. It's called the Microlino, and it... is... small. 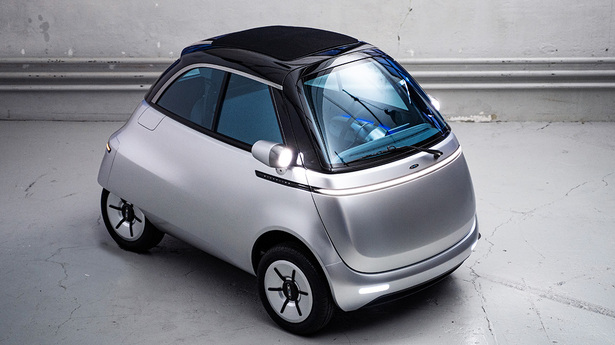 It measures at a little bit over eight feet long (about a foot longer than Shaq is tall). The little nub of a car is inspired by the classic BMW Isetta, and it even has the same single front door that opens up to the front bench seat. This time, at least, it's electric-only and doesn't have the steering wheel partially attached to the inside of the front door. 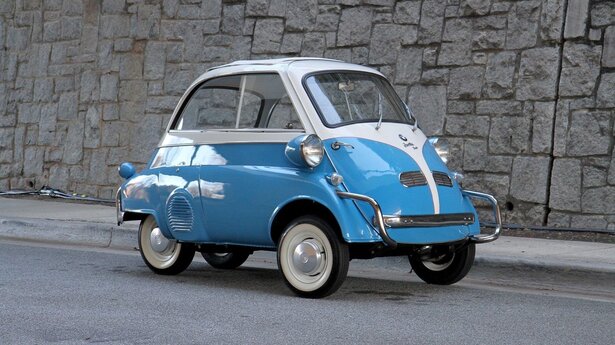 The Microlino is inspired by the 1950s BMW Isetta. (image: Microcar Studio)

The BMW Isetta two-seater microcar is the Microlino's direct inspiration, and the shape is very similar, but the styling elements are decidedly more modern. The Microlino is smoothed significantly and has the headlights placed a little bit higher and further back. LED DRLs are housed in a clean strip across the body just like the taillights. It also looks like the Microlino has the wheels pushed out a bit more, which we're assuming provides it with better cornering stability. 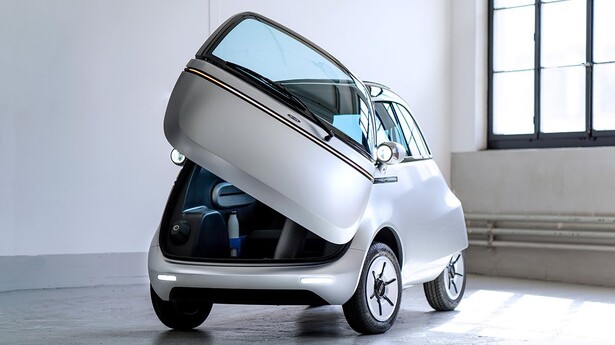 Charging takes only four hours from a conventional wall outlet or one hour on a Level 2 charger. There are currently 30,000 reservations for the Microlino in Europe, which means demand is exceptionally high for a car that's so small. The idea behind it is efficiency for urban spaces, and we can see why it would appeal so much to so many people. Would we take this on the highway? No, no we wouldn't. 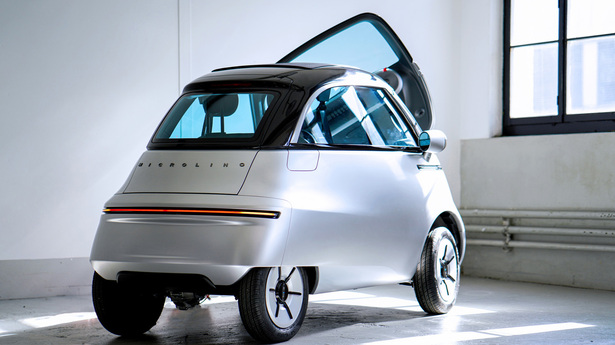 Open the clamshell door, and the minimalist interior is front and center. Again, it's only a two-seater, and those two people better like each other. The bench seat has two headrests, and the steering column mounts to the floor, no longer partially attached to the door like the original Isetta. 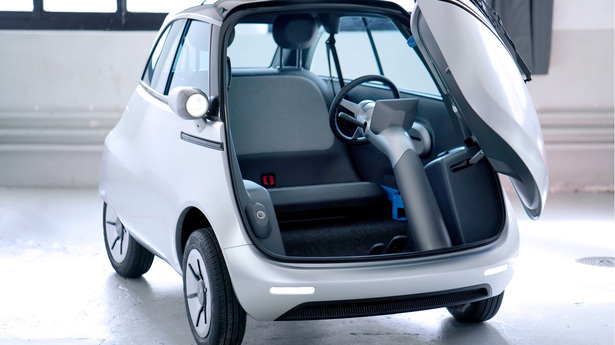 Perhaps the best part of the Microlino is its ability to be parked perpendicular to the curb, where the occupants don't even have to step into the street but right onto the sidewalk. It's super-convenient and ingenious, really. We don't know if it will be sold in the U.S., but we're guessing this isn't the market for a sub-sub-compact EV. Nevertheless, we love the idea.