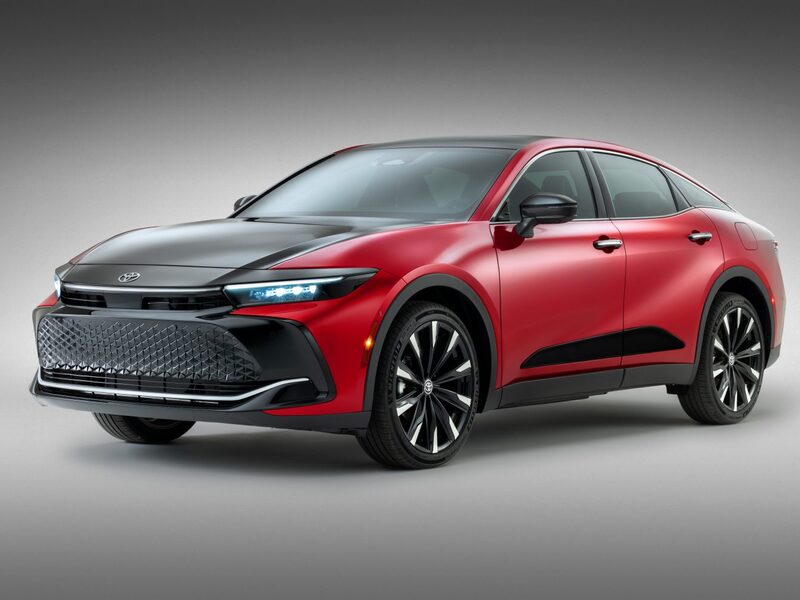 Toyota is hanging onto the notion of a big sedan, despite the fact that it's killing off the Avalon. The replacement is the car you see here, the 2023 Toyota Crown. If that name doesn't seem familiar, it's because a car by the same name was sold in the U.S. from 1958 to 1972. While it's still sold overseas as an upscale sedan, pretty much no one knows about it in the states. Toyota is hoping the new Crown will bridge the gap between a large sedan and a crossover. It certainly looks the part. 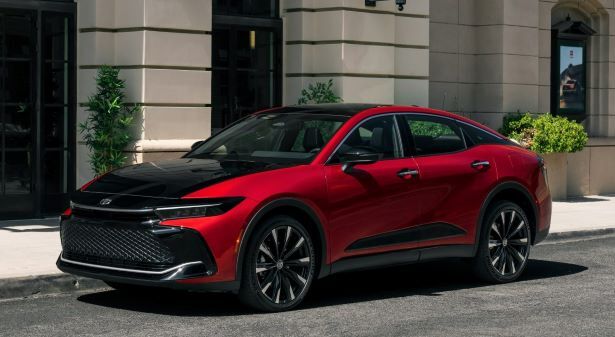 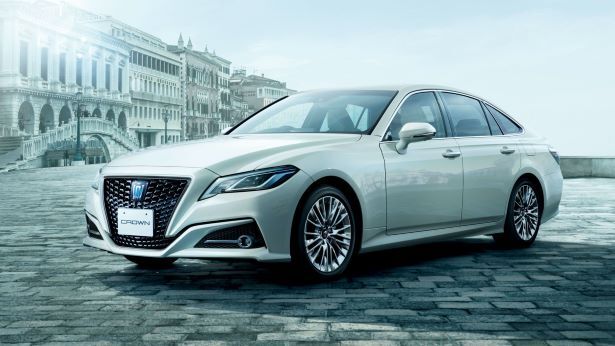 This time, the Crown returns as a hybrid crossover-style sedan that kinda reminds us of both the Subaru Legacy Outback Sedan and even the AMC Eagle not really in terms of actual styling but in the same spirit of a high-riding sedan. Take a look at the new Crown in red (top photo), followed by the 2021 Toyota Crown that's sold in Japan. As strange as the new Crown looks, it's certainly an upgrade from the Japanese version.

The Crown Sedan is for the American Market 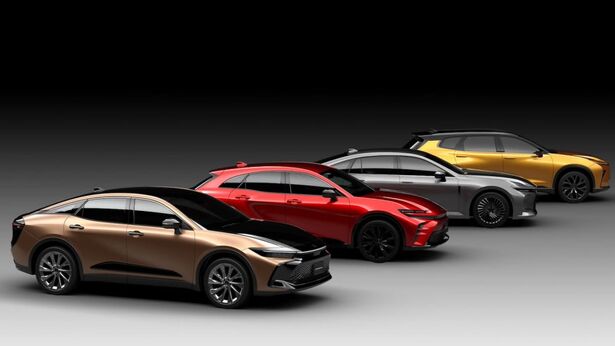 The Crown is totally redesigned for the 16th generation, and there are versions that will be sold globally that we won't get. There will be a conventional sedan, a station wagon, and also an SUV. It makes sense that we're not getting the dedicated sedan or the station wagon, since those segments don't do well here on our shores. We're not sure why America isn't getting the SUV, probably because we already have enough of them from the brand. 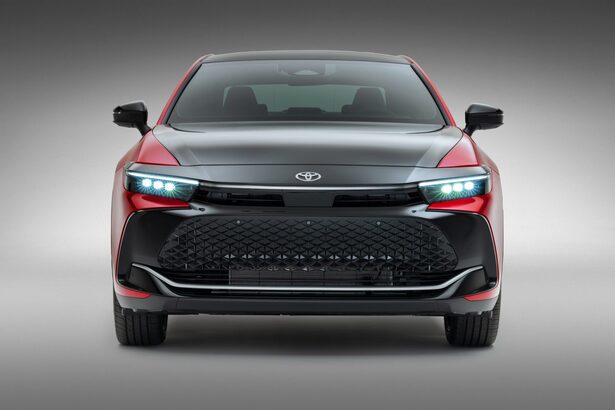 The configuration makes sense for the American market. The redesigned Avalon arrived for the 2019 model year, but it never took off. It was a tough sell since the redesigned Camry was plenty big and actually looked better inside and out. If it's any indication, Avalon sales are in the crapper this year. It barely outsells the very niche Toyota GR86 and Supra sports cars. The Camry, however, continues to be one of the top sellers for the brand. 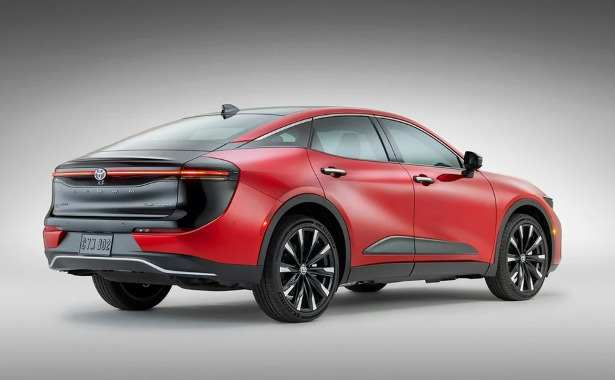 The Crown’s about two inches shorter than the Avalon, and the wheelbase is also a tad shorter and the width narrower. But it's also taller and rides higher (by four inches) compared to the Avalon, and that's where it hits the crossover sweet spot for the American market. Most importantly, is the fact that the new Crown will have all-wheel drive and hybrid power as standard.

Total horsepower is 236, and efficiency is 38 mpg. You can drive the Crown on strictly electric power, but it's only for low speed and limited distances. The Platinum comes with an all-new Hybrid Max drivetrain for a more thrilling driving experience. It gets a 2.4-liter turbocharged four-cylinder and a water-cooled rear motor that increase the combined output to 340 horses. More great news comes in the form of a six-speed automatic with an e-motor in the transmission that fills in power gaps during shifting. 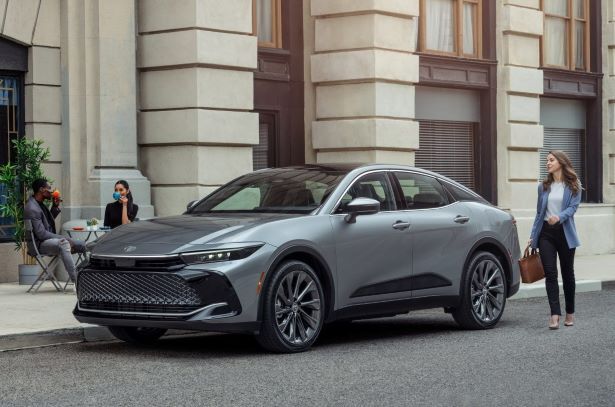 The Crown will come in three trim levels: XLE, Limited, and Platinum. The XLE and Limited have 19-inch wheels, and the top-tier Platinum trim gets bigger 21-inch wheels. The red two-tone model you see here is the Platinum, and it's the only one that offers the special paint job, with black appointments The hood, front and rear fascias, side skirts, wheel arches, and rocker panel trim also get the black treatment (the black rear end looks like a baboon's butt, unfortunately).

The E-Four Advanced system provides const all-wheel drive, the front axle maxing out at 70% of drive torque. The torque split can go 20:80 the other way, as with the plain E-Four AWD, but given the increased output, there’s a lot more action being sent rearward. The drivetrain adds three more modes, Sport+, Comfort, and Custom. The performance brief drops fuel economy to 28 mpg combined 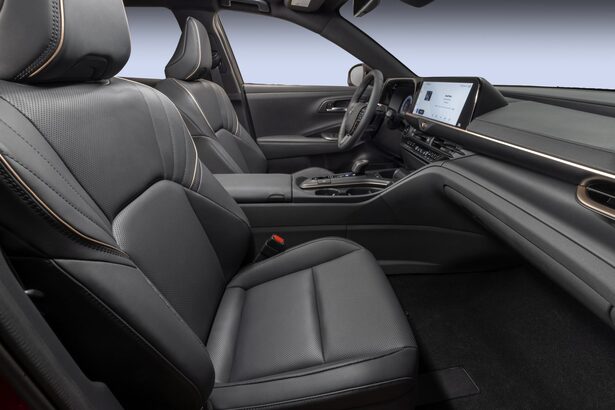 Photos show a stylish but minimalist cabin. The XLE trim has black fabric upholstery, the Limited gets upgraded to Softex in black, chestnut, or macadamia. The top Platinum trim gets appointed with black leather. The broad seats and expansive dash make the Crown look refined, but the overall execution is less busy than that of the Avalon. 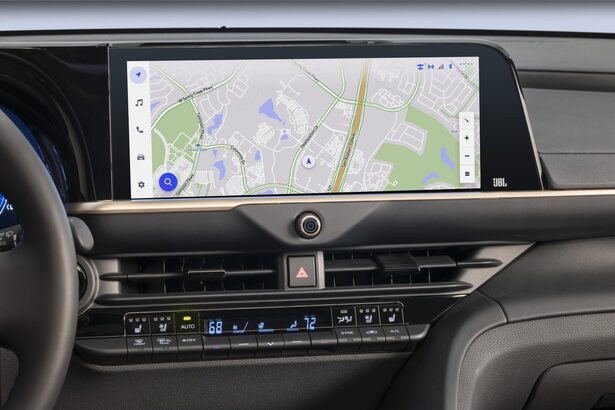 Tech for all trim levels comes in the form of a big 12.3-inch driver’s display and a 12.3-inch infotainment screen running Toyota’s latest software that's the best Toyota has ever made. We tested the system on the new Tundra and the new Lexus NX, and it's superb. 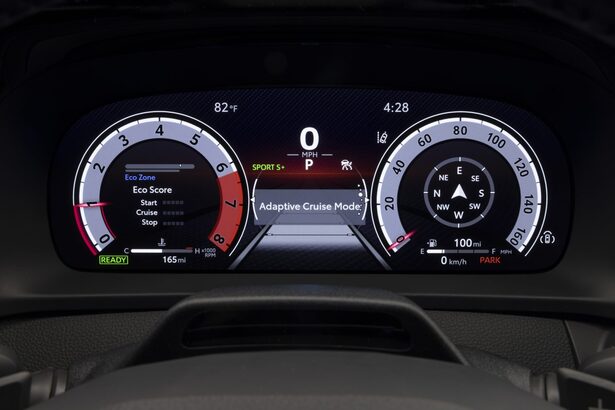 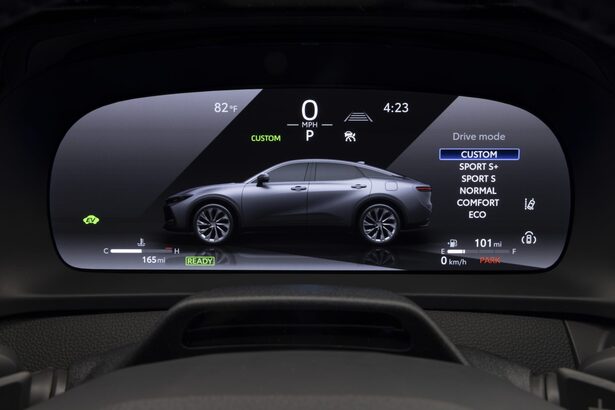 No pricing has been disclosed for the Toyota Crown, but we expect it to have a starting price higher than the Avalon's $36,825 base MSRP. The Crown might start close to or just above the $40k mark and close to $50k for the Platinum trim. Time will tell if this car is more successful than the Avalon, but that's a pretty low bar given the sales figures.