Even more powerful than the original Acura NSX 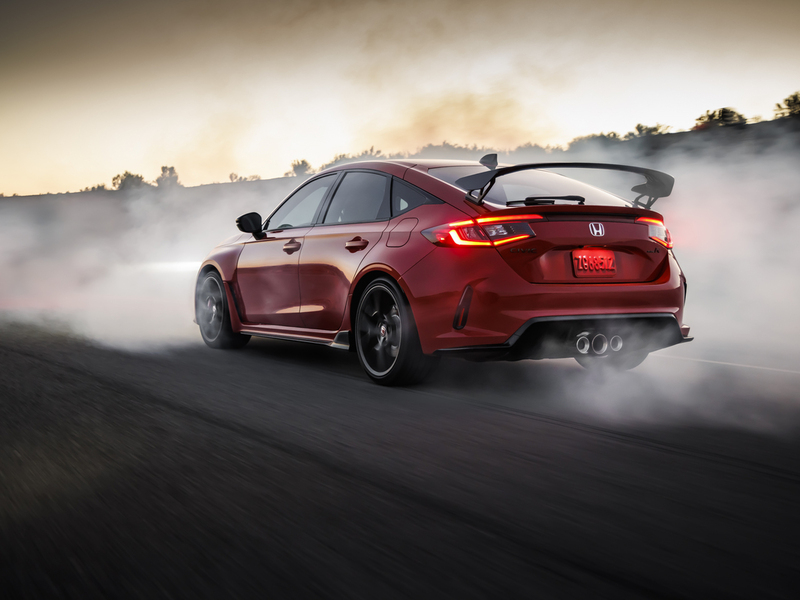 It should be a total rubber-roaster.

The 2023 Honda Civic was just unveiled, and it's awesome. Not only does it get more power than any production Honda has ever made, but it also looks way, way better than the Gundam-inspired version from last year with all of its creases, layers, and that spoiler that looked like it was pulled off an industrial HVAC condenser vent. 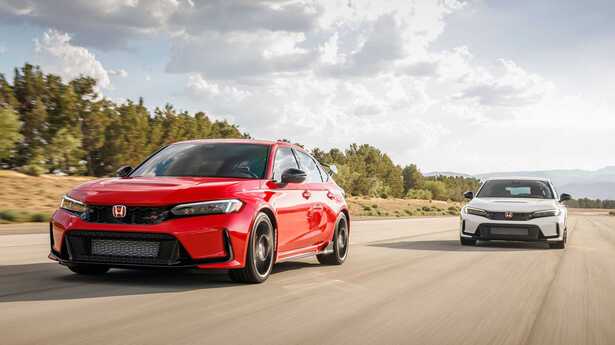 The Type R takes everything great about the Civic Si, which we recently drove, and dials it up to 9. That means the power, performance, looks, and features all get notched up by a significant amount, and performance enthusiasts who have come to appreciate how good it is will be pleased. We love the fact that you no longer have to be embarrassed to be seen in one if you're a full-grown adult.

Gone is the Fugly 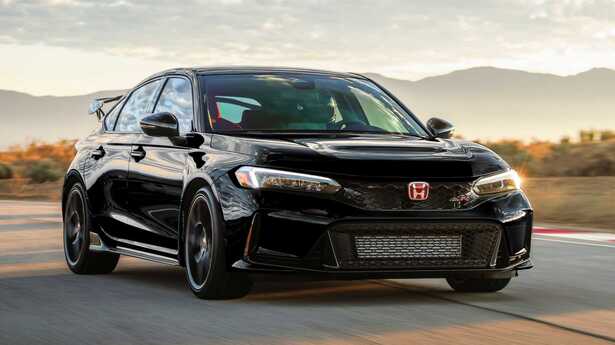 The last-gen Type R sold in respectable numbers, but we imagine it would've done better had its looks not been so polarizing. All of that changes with this generation. In fact, it looks downright handsome with the new design language that ditches much of the angularity and the overdone bulges, as well as that overdone rear wing. It departs from the stock Civic with a hood bulge, larger intakes, special Type R, unique wheels, a large (but simple) rear wing, a rear diffuser, triple exhaust ports (a carryover from the last Type R), and Type R badges. 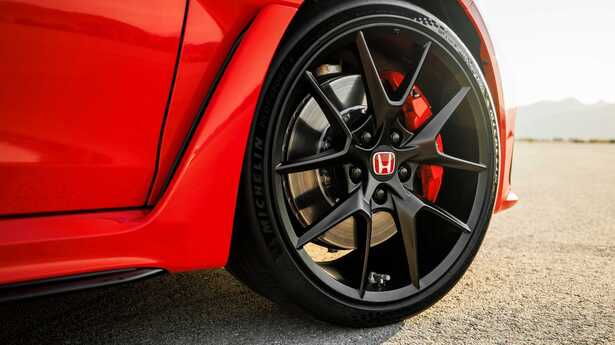 The wheels are new 19-inch matte black wheels with a special “reverse rim” that's designed to improve the stability of the tire contact patch under hard driving. Summer tires take the form of sticky Michelin Pilot Sport 4S with 265-width all around, 20mm wider than the last version's tires. There are also two-piece front brake rotors, better brake cooling, and overall improved performance and feel. 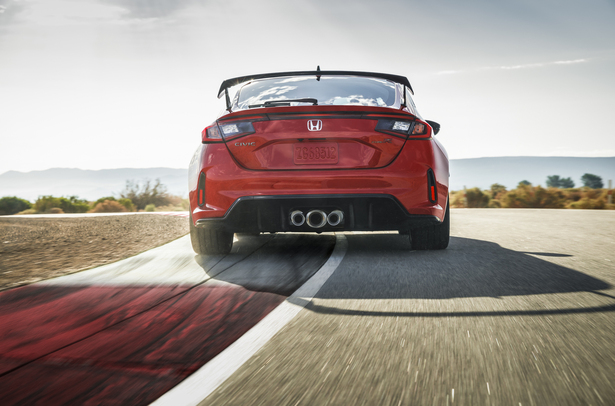 The new Type R is also better aerodynamically with more downforce than before thanks to the rear wing and diffuser that were created under Honda Racing Development's Sakura Super GT racing team. You know that's serious. It also looks much more refined and less garish than the old one. Did we mention how much we hated that one?

The Power Should Be Palpable 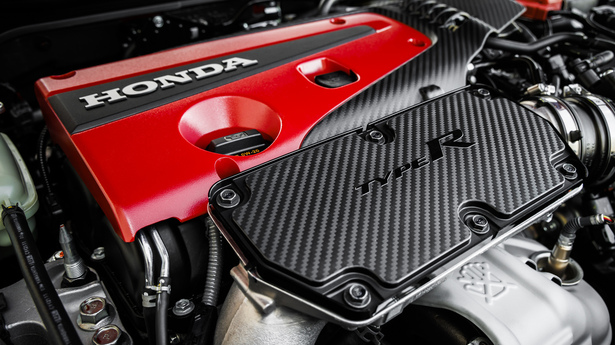 The high-performance engine is a revised version of the 2.0-liter turbocharged four-cylinder engine that delivers a whopping 315 horsepower and 310 lb-ft of torque. The bumps come by way of a redesigned turbocharger, intake, and exhaust system. It also benefits from an active that opens up at higher revs and gets progressively louder. The weight of the car should be about the same (3,150 pounds) when compared to the outgoing Type R. 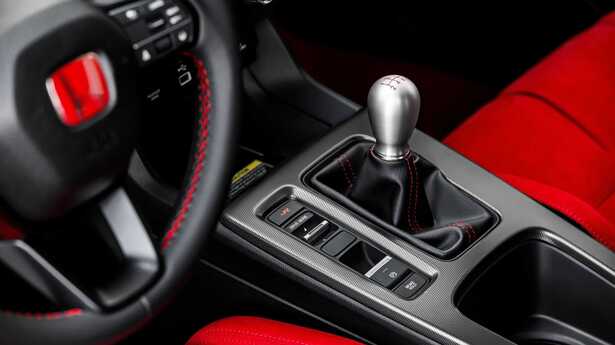 Of course, the engine is mated to a proper six-speed manual that appears to be very similar to the short throw version in the old S200 roadster, which we totally loved. It's the only transmission available, which is the way things should be for a car like this. If you want one, learn how to drive stick dammit. The transmission gets improved with a new high-rigidity lever and an “optimized shift gate pattern”. It also gets a rev-match system for quick blips when downshifting. Sweet. Cooling is also better with a larger grille, and a bigger radiator and fan. This should make it even better for those long track days. 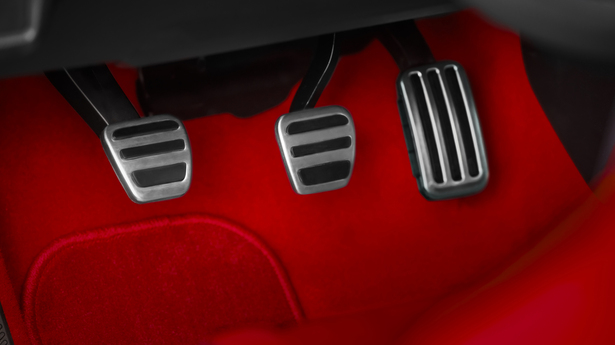 In terms of handling, the Type R will be impressive. It gets a wider track compared to the old Type R, and the excellent front suspension that reduces torque steer (all that power to just the front wheels presents a challenge) is back for pedal mashing duties. This time, it's been retuned for the added power. The rear multi-link suspension has also been retuned for better stability. Overall, the Type R will handle, respond, and feel better than the car it replaces, which takes some doing. 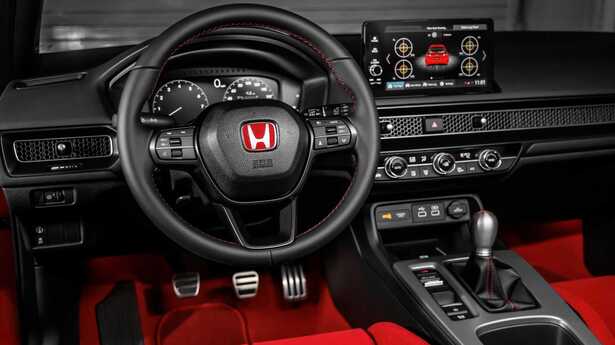 We love just about everything in the new Civic's cabin, as we an attest from our time with the Si. It's just fresh, original, and it has some of the best analog controls around, a big departure from the last Civic. The new Type R gets red suede sports seats that are intentionally grippy for track duties. If you hate red, you're out of luck. It's the only color they come in. Oh, and the carpet is red. Subtle, right? The Si also gets a lower seating position that makes the most of the improved visibility afforded by thinner A-pillars, the relocated side mirrors, and the lower hood. 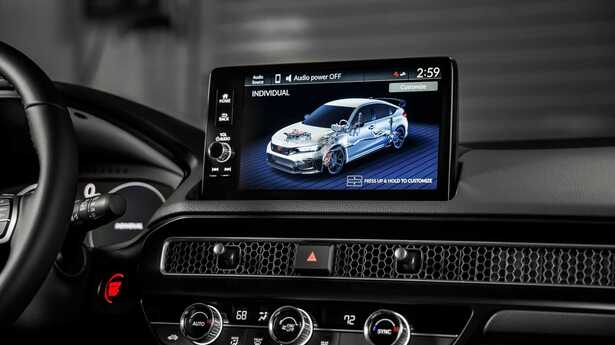 In terms of tech, the Type R gets an upsized 9-inch touchscreen with wireless Apple CarPlay and wireless Android Auto, a wireless phone charger, a Bose Centerpoint premium audio system, a digital gauge cluster, and a new drive mode control with a customizable “Individual” mode that comes with an updated version of Honda’s LogR Performance Datalogger that lets you bask in the glory of your track runs.

No pricing has been announced, but we expect it to be bumped north of the old car's $37,895. It should go on sale this fall, and more details (including the price) should be divulged before then. Expect this beast to have an ample premium slapped on it at dealerships.