A mix of electric and gasoline power has never been better

Hybrid cars have come a long way from the early days of the Honda Insight and Toyota Prius. There are numerous hybrid cars out on the market today and they're all pretty good. Still, some are better than others. Modern hybrid cars offer great fuel economy, practicality, decent driving dynamics, and prestige among certain circles. While you used to compromise a fair bit with a hybrid car, today, you can get a hybrid that satisfying on the road and affordable to buy and maintain. 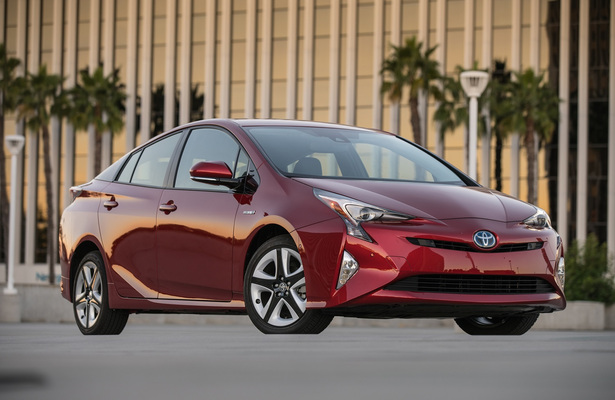 Get Used Toyota Prius Deals In Your Area ►

When most people think hybrid, this is the car they see. The Toyota Prius is the affordable and reliable go-to for many environmentally conscious drivers. If you can get past its polarizing styling and funky cabin design, itâ€™s really a good car. Thereâ€™s plenty of available tech, including Bluetooth and navigation. The driving dynamics are on par with other commuter cars, and, of course, the gas mileage is great.

The Prius is powered by a 1.8-liter four-cylinder engine and an electric motor thatâ€™s mated to a CVT. Total power output is 121 hp. The regular Prius gets 54 mpg city ahd 50 mpg highway. If you really want an efficient car, go with the Prius Eco. It gets 58 mpg city and 53 mpg highway. 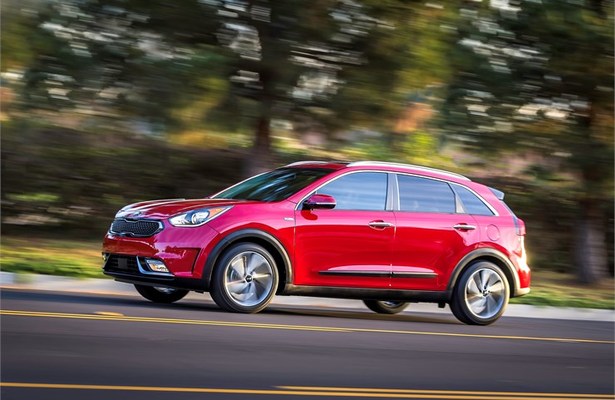 Get Used Kia Niro Deals In Your Area ►

The Kia Niro is Kiaâ€™s first attempt at a designated hybrid vehicle, and the company has made a good but not perfect vehicle. The Niro offers non-hybrid like styling inside and out in a package thatâ€™s as practical as it is good looking. Kiaâ€™s UVO infotainment system is easy to use and feature packed with navigation, Apple CarPlay, and Android Auto. The vehicle manages to get better gas mileage than many other hybrid cars, and driving dynamics will likely impress you.

The Niro has a 1.6-liter four-cylinder engine and an electric motor working together to push you down the road. Attached to that is a six-speed dual-clutch automatic transmission. Total power output is 134 hp. The most efficient version of the Niro gets 52 mpg city and 49 mpg highway. This decreases a bit in higher trim levels, with the Touring trim getting 46 mpg city and 40 mpg highway. 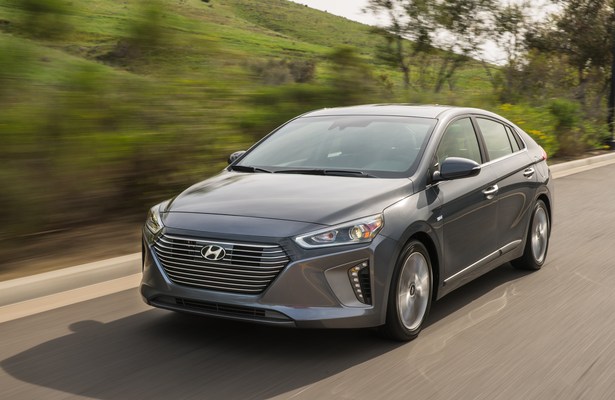 Get Used Hyundai Ioniq Hybrid Deals In Your Area ►

If you want a hybrid car that gets excellent gas mileage and is about the same size as the Prius, but you hate how the Prius looks, consider the Hyundai Ioniq. Itâ€™s a sleek and straightforward car. The exterior is attractive but somewhat simple, and the cabin features a layout much like all of Hyundaiâ€™s other vehicles. The infotainment system offers Apple CarPlay, Android Auto, and navigation, should you choose to equip it.

The Ioniq hybrid comes with a 1.6-liter four-cylinder engine paired with an electric engine under the hood. That combination is mated to six-speed dual-clutch transmission. Altogether, the car makes 139 hp. While thatâ€™s not very impressive, what you should pay attention to is its gas mileage. The Ioniq gets 55 mpg city and 54 mpg highway, though if you drive the car sportingly in any way, you wonâ€™t get near those numbers. 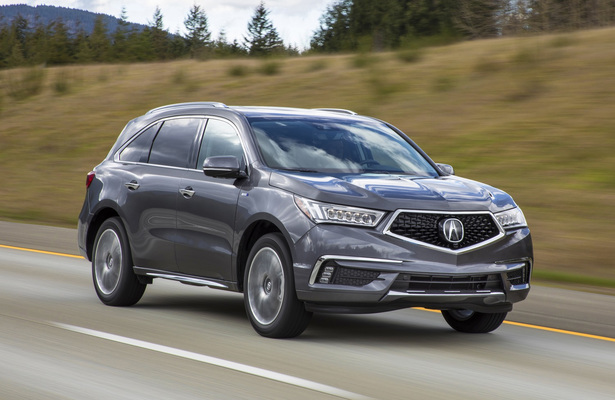 Get Used Acura MDX Deals In Your Area ►

The Acura MDX Sport Hybrid might surprise you with just how sporty it actually is. Its hybrid powertrain design was lifted right from the NSX. Itâ€™s not as quick or amazing as that supercar, but it does have that carâ€™s ethos, making it engaging. Technology is good, featuring Bluetooth and navigation, but it lacks Apple CarPlay and Android Auto. Despite this particular downside, the MDX Sport Hybrid is one of the best vehicles out there with a hybrid powertrain.

Under the MDX Sporty Hybridâ€™s skin is a 3.0-liter V6 and three electric motors that make 321 hp combined. Power filters through a seven-speed automatic transmission to all four wheels. Despite all this wonderful powertrain technology, the MDX Sport Hybrid still only makes 26 mpg city and 27 mpg highway, which is good but not excellent. 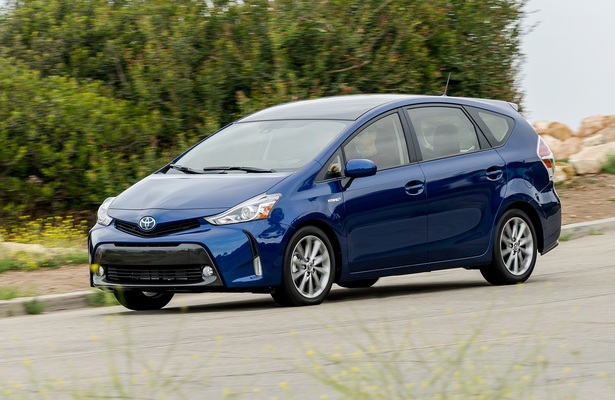 Get Used Toyota Prius v Deals In Your Area ►

The Toyota Prius V is a larger version of the regular Prius. Its larger size diminishes its fuel economy, but for its size, it still performs well from an efficiency standpoint. The interior materials arenâ€™t the best, but the cabin makes up for it by offering tons of passenger space and plenty of cargo room, not to mention a good infotainment system with navigation and Siri Eyes Free technology.

Powering the Prius V is a 1.8-liter four-cylinder engine and an electric motor mated to a CVT. In total, the car puts out 134 hp. While thatâ€™s not anything to get excited about, the Prius Vâ€™s 43 mpg city and 49 mpg highway makes it worthy of your attention. If you like the Prius but find it just a little too cramped, the Prius V is for you. 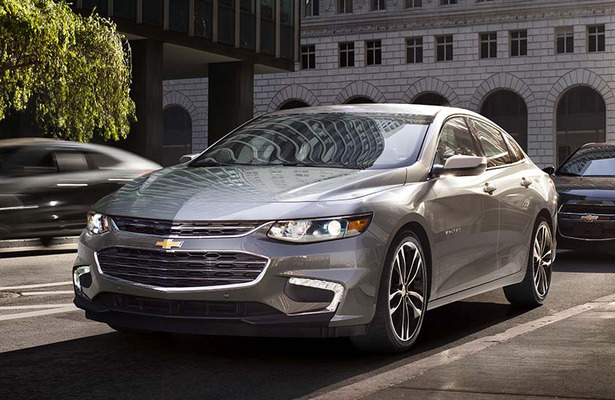 Get Used Chevrolet Malibu Deals In Your Area ►

The Chevrolet Malibu is one of the best mid-size sedans out on the market today. Itâ€™s comfortable, good to drive, spacious, and packed with the latest technology. The Malibu Hybrid takes things to a new level by adding efficiency to the equation. While the car isnâ€™t necessarily as efficient as something like the Prius, it makes up for it with an attractive exterior and features like 4G LTE Wi-Fi, Apple CarPlay, and Android Auto.

Powering the Malibu Hybrid is a 1.8-liter four-cylinder engine and two electric motors mated to a CVT. The total power output comes in at 182 hp. All of this might sound great, but the best part about the Malibu Hybrid is that it gets about 47 mpg city and 46 mpg highway. 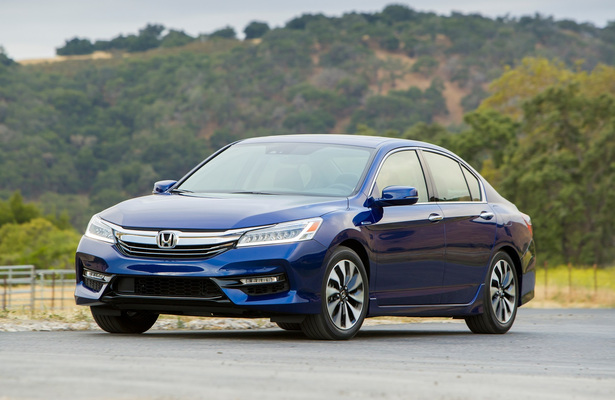 Get Used Honda Accord Hybrid Deals In Your Area ►

The Honda Accord is a solid car that everyone knows. What they probably donâ€™t know is how good the hybrid version of the car is. It looks almost exactly like the other Accords but offers improved efficiency. The vehicle offers a spacious and comfy cabin, a well-laid-out dash, a decent infotainment system, and plenty of features, including adaptive cruise control, HondaSensing safety suite, Apple CarPlay and Android Auto.

Powering the Honda Accord Hybrid is a 2.0-liter four-cylinder engine and an electric motor that together make 212 hp. That power is pushed to the front wheels via a CVT. The car does a good job sipping gas, making 49 mpg city and 47 mpg highway.

Why buy a hybrid?