Spot a 2013 Chevrolet Traverse on the road, and you might not realize that Chevy's mainstream has gone under the knife. That's because Chevy chose evolution over revolution for this one, so any changes are subtle.

The exterior is refreshed, although most changes are subtle, save for the grille. The interior is redesigned, but it doesn't stray too far from before. The powertrain carries over from before.

Chevy's mid-size crossover has to hold off challenges from Ford's Explorer, Dodge's Journey, and the upcoming Nissan Pathfinder. We spent some time in the Traverse traveling across San Francisco and the Golden Gate to points north, and here's how it stacks up.

Shopping for a used
Chevrolet Traverse? 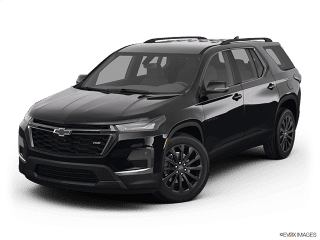 Managing to feel light while still feeling planted is a nice trick.