Something odd is going on in the SUV/crossover universe: things are shrinking. Centers of gravity are being lowered, wheelbases are shortening, and tonnage is reducing. Meanwhile, in the car universe, models that are known and loved precisely because of their diminutive stature (Mini, Fit, 500) are being super-sized to appeal to those who won't crossover to the crossover market.

That's where the Chevy Trax comes in. It's either a bizarrely proportioned car, or what's known as a compact SUV. Whatever you call it, Chevy is hoping this new Sonic-based mini-maxi makes inroads in this fast growing market.

Shopping for a used
Chevrolet Trax? 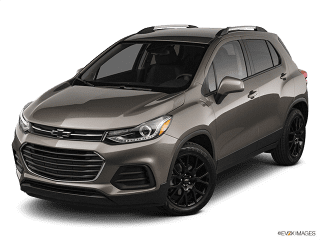 The Trax delivers an impressive 34 mph highway/26 mph city rating, which, along with the Trax's $20,000 base price, makes the Trax a tantalizing option.