Massive horsepower and torque numbers are nice. Adding luxury to that is nicer.

We spent a week with the car, trying it on for size, because 470 horsepower is hard to pass up.

Shopping for a used
Chrysler 300? 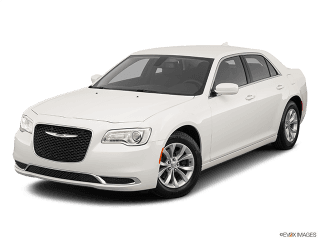 It came as no surprise to us that slamming the gas pedal resulted in tire squeal followed by neck-slamming acceleration.