Jeep revives the name from its classic sporty wagon.

Jeep has semi-resurrected its Cherokee nameplate for 2014 (it's "semi" because the Grand Cherokee never went away), adding yet another vehicle to its already crowded mid-size lineup. Jeep is apparently using the Cherokee as a trial balloon for a new design style - a fairly radical one for a brand as conservative as Jeep -- that it calls "forward-looking," but we call "funny looking."

Aside from the oddly out-of-proportion front fascia, which comes to an abrupt point that makes it resemble a dolphin's beak, and the long, thin headlights that look like a sideways exclamation mark, the Cherokee shares the same silhouette with every other mid-size SUV and crossover on the planet.

Placed side-by-side, the Cherokee doesn't look a whole lot different from the Grand Cherokee. Except for that front end. Oh yeah ... Well, I'm sure some people will think it looks great.

Shopping for a used
Jeep Cherokee? 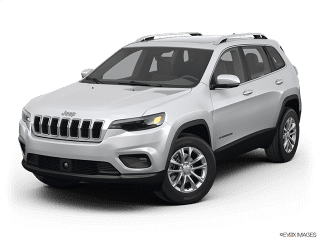 We are encouraged by Jeep's decision to downsize its front end - massive, gaping grilles have been the bane of new car design for most of the last decade - but we just don't find this particular rhinoplasty job to be particularly appealing.