A sporty family sedan that bucks the trend of boring.

There's a reason the Kia Optima was the best selling model in the brand's lineup in 2015. It offers fantastic styling in an otherwise snoozer of a segment (that's admittedly improving due to the need for cars that balance family practicality with interesting design). Though it couldn't compete with the sales stats of longstanding family sedan champions like the Toyota Camry and the Honda Accord, the Optima is a far more interesting car from a design standpoint.

Kia sought fit to give the car a major redesign for 2016, and the payoff is huge for an already handsome car. Though we doubt the average customer will notice the exterior design changes, everything from tip-to-toe has been given a thorough going over. The body is slicker and more sophisticated, the chassis and steering are now buttoned up properly, and the top-end engine gets improved for more low-end torque. We drove one recently and came away very satisfied with the changes.

Shopping for a used
Kia Optima? 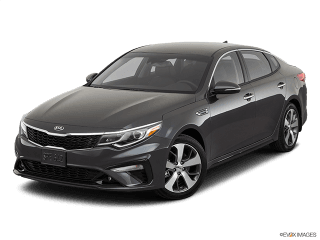 The SXL's interior... screams opulence in a way that its competitors simply don't offer.