We sing the praises of the body electric.

Electric cars are here ... well, in most parts of the country, at least. Automakers still have a select few EVs that are only sold in certain parts of the country, and the 2015 Kia Soul EV is one of 'em. Even though it's not available nationwide just yet, we feel that it's ready for prime time alongside the Nissan Leaf and its contemporaries. Like the Volkswagen e-Golf, the Soul EV is a standard car that's been appropriated for EV duty. Rather than attempting to be some weird Car of the Future, the Soul EV takes what's great about the standard Soul (spoiler alert, that's nearly everything) and makes it quieter and, uh, torquier.

That's totally a word. You can trust us on that. 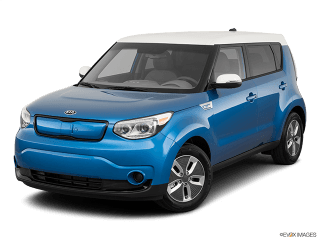 The Soul has great visibility (thanks in part to its taller roof), great head room (again, the roof), and a back seat that's not uncomfortable for full-size adults.