My Neighbor and I Want the Same Car: A Used Volkswagen Golf Alltrack With a Stick Shift 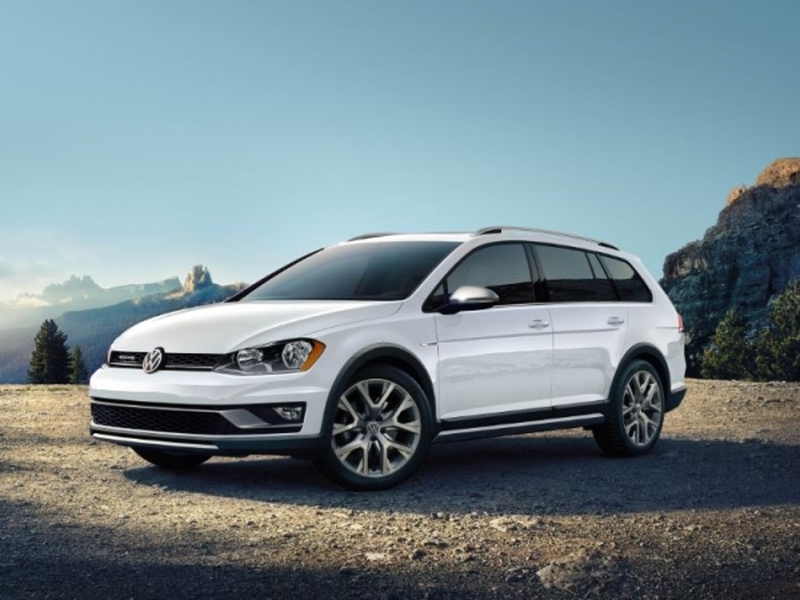 Just last week, I had a discussion with my neighbor and good friend about what kind of car we'd want to buy and realistically could buy that would be both fun and practical. Neither one of us wants another crossover or an SUV, and we both need some cargo room since we each have three kids. Our choices were one and the same: a Volkswagen Golf Alltrack with a manual transmission. And I thought I was the only one. What's more, he's a car guy, too: he owns a vintage Mustang convertible and is having it retrofitted with a stick shift. Gotta love that. 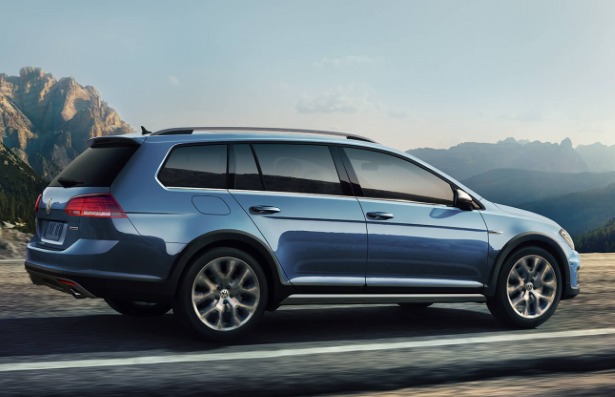 The Alltrack is rare blend of sportiness, practicality, affordability and great design.

The unfortunate reality is that VW no longer makes the Alltrack due to poor sales (damned crossovers), so the few new ones out there will get snatched up quickly. We'd probably have to go with used, but that's our preference, anyway. So, what's so great about the VW Alltrack, and why would it appeal to a couple of suburban dads who love fast, sporty cars? Let's just take a look at why this is such a gem. 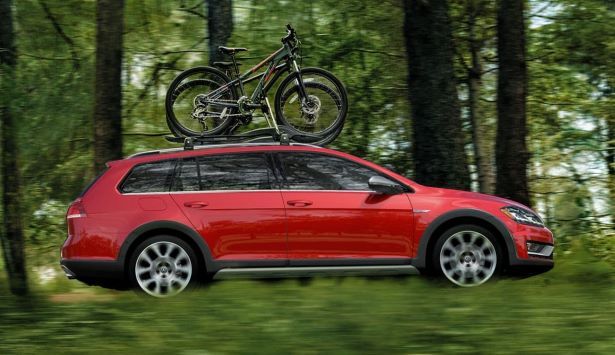 When we got behind the wheel of the Alltrack, we were impressed by its nimble Golf-based chassis and steering, as well as its lack of body roll despite the 0.6-inch elevated ride height over the regular Golf Sportwagen. There are so few wagons out there and even fewer that deliver a great driving experience. The turbocharged inline-four engine delivers 177 horsepower and 199 lb-ft of torque, which is enough to feel spritely, if not thrilling. But the wagon's handling and steering make it feel faster than it is.

The Alltrack feels composed when it comes to quick directional changes, twisty roads, and tight maneuvering. Despite the fact that the suspension errs on the side of firm, we'd take that over an overly cushy driving experience. It can also manage some mild off-roading, so you won't feel nervous about taking the kids camping or hitting country roads. It really is the best of both worlds. 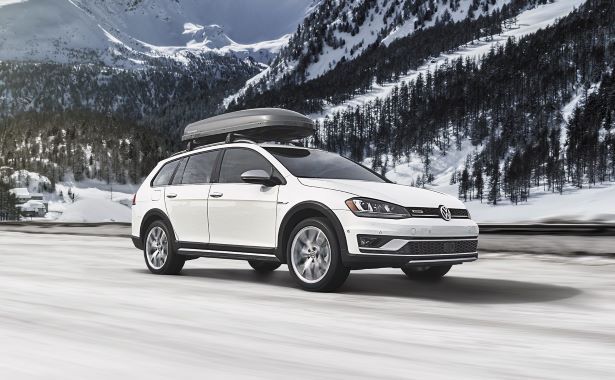 The 4Motion All-Wheel Drive system in the Alltrack is excellent, and it provides the kind of sure-footedness customers think only exist in crossovers and SUVs. The brilliant system in the Alltrack (also found in the Golf R, Tiguan, and Atlas) runs in front-wheel drive mode most of the time to conserve fuel, but it also has the ability to send up to 100 percent of power to the rear wheels when it senses slippage in the front wheels. It can also route power to individual tires to maximize traction in less than savory conditions. 4Motion in the Alltrack keeps things on the road in check while ensuring you're not drinking gas like a big crossover.

Since we both live in the suburbs of Chicago, things can get dicey, so AWD is a must during the long winters here. Selectable driving modes also allow you to choose the right engine/transmission modulation for the situation at hand. Another box checked.

It Has Just Enough Room 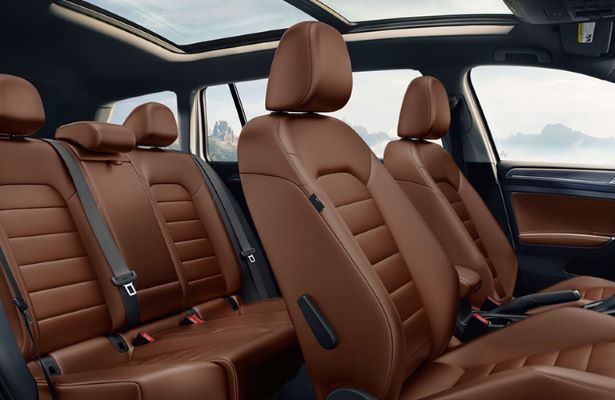 While the Alltrack isn't a big wagon, it has enough room for two adults and three kids (as long as those kids aren't six feet tall). Good thing all of our kids are younger, so the Alltrack makes more sense than a big SUV, especially for mostly local driving. The second-row legroom is 35.6 inches, just slightly less than a Mazda CX-30.

Cargo space is about 66 cubic feet with the second row folded down, which is actually bigger than the back of a Hyundai Tucson crossover. The load floor is wide and flat, too, making it easier to fit larger items inside. Who says you have to buy a crossover for the family? The Alltrack is like Goldilocks. Just right.

The Top Trim Gets a Stick Shift! 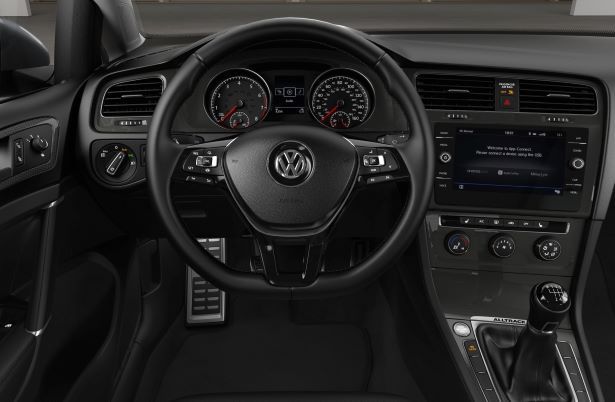 This last part is our favorite. On most vehicles that still even offer a manual transmission, it's typically found on just the low-rent base model, but VW had something else in mind... dads who want comfort (the top trim SEL has standard heated seats), luxury (leather), and an optional (at no extra cost) six-speed manual transmission. It takes what power the Alltrack has and maximizes the fun factor by allowing you to rope your own gears. This way, you don't have to settle for the base Alltrack S model to get the thrill of three pedals.

The Alltrack might be hard to find these days, but it's clearly worth the search for drivers who want to have more than just a boring crossover. My neighbor and I clearly have our heads in the right place because we don't want to give up our driving fun just to tote our kids around. The Alltrack just happens to be the only stick shift station wagon that we can think of, even if it's no longer made. You can find a 2019 model new or slightly used for a little over $25K. Now, that's a deal worth looking for.

If you're still not convinced, read our full review below: 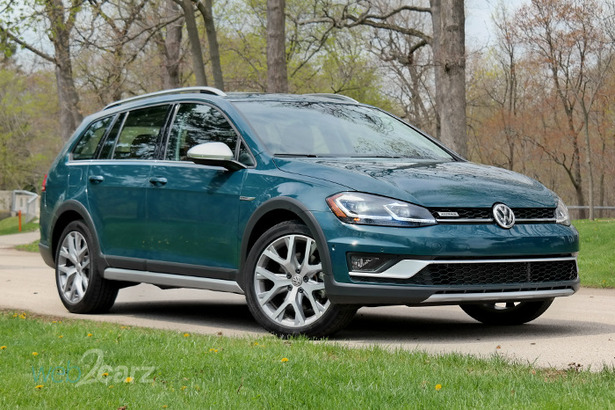