3 Reasons Why Prius Owners Suck So Bad at Driving 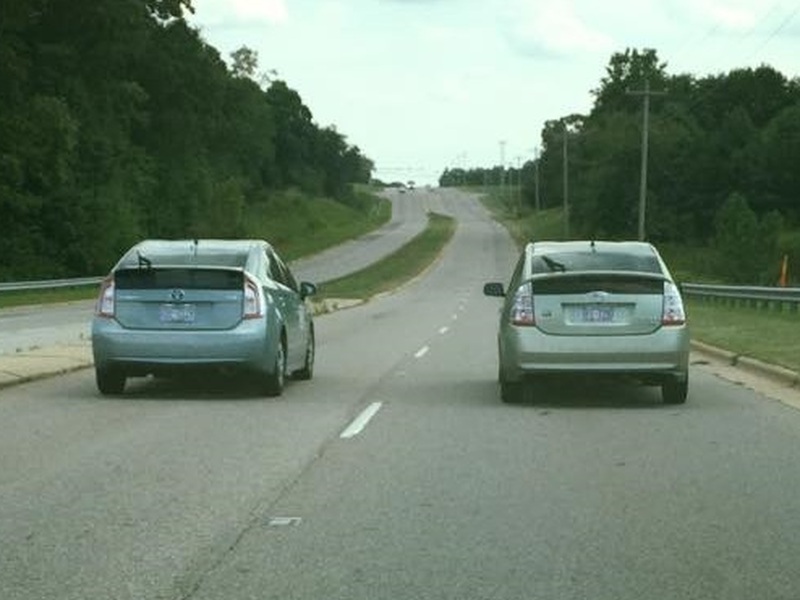 If this isn't a recipe for road rage, we don't know what is.


Before we get nasty emails from Prius owners, let's just get this out: You suck at driving. In your heart of hearts, you know it's true. I don't care if you think you're saving the environment (you're not), and I don't care how much money you're saving at the pump. You're making the rest of the car-driving world suffer by your so-called "driving" when, by all accounts, you really should just take public transportation... or rollerblade. 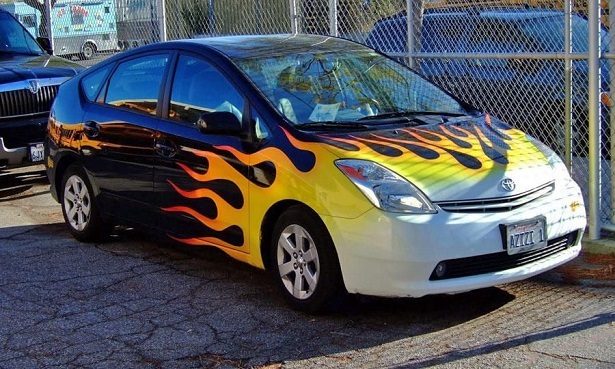 This week, alone, I've encountered no fewer than seven Prius drivers who have ruined my commute, as well as countless others', for sure (and the week's not even over, yet). So, what is it that makes Prius drivers some of the worst on the road? Too much kale? The inability to read speed limit signs or the failure to understand the passing lane? Owning a car that really should be classified as an appliance? It's no mystery, really. Though it's not backed by empirical data (it totally should be, though), here are our best guesses as to why Prius owners suck so bad at driving.

1. They're too busy "Hypermiling"

If you're unfamiliar with the term "hypermiling", you've been living under a rock. It's a term for techniques used while driving to maximize fuel efficiency. While this makes sense for cars that get mediocre to poor gas mileage, it's absolutely asinine for Prius drivers to do it because if you just drive it like a normal freakin' car, it'll pretty much beat most vehicles out there in terms of efficiency. But NO, Prius owners have to make everyone else around them suffer because they have to get 50 mpg every day, all day.

The right lane isn't good enough for them, despite the fact that's where they belong. The law states the left lane is the passing lane, and I can't remember the last time I saw a Prius trying to pass anyone (unless it was an even slower Prius). They want to put two city blocks between them and the car in front of them while they drive in the left lane. You can honk, flick your high beams, yell out the window to "Move the @#*!! over", but they can't be bothered. They're too busy hypermiling.

2. They're oblivious to other drivers and traffic laws

Just a Prius hanging out on the wrong side of the road, facing oncoming traffic. • • • Thanks @rockorsomething for the video.

Just look at the moron above. Figures he/she would be in a Prius. Sure, it could be any other vehicle, but the Prius driver is a special kind of fool that's been decades in the making. I've seen Prius drivers change three lanes at once just to make their turn (breaking the law, putting others in danger, eliminating their inconvenience due to piss-poor planning by inconveniencing others). My theory is Prius owners don't care much for anyone else on the road but themselves. They're nonconformists bucking the trend of fossil fuels, and they'll be damned if anyone gets in their way.

It's one thing to make a mistake while driving and give a waive of apology (a practice everyone should employ), but it's a wholly different thing to drive any way you want and totally ignore traffic laws that apply to everyone else except you in your Prius. Call it oblivion, call it ignorance. We call it total stupidity.

3. They have entitlement issues

Prius owners really do think they're saving the planet (even though building one essentially craps on Mother Earth), so everything else in the world should take a back seat. They're kind of like condo board presidents in that they have so little importance and power but pull faux rank whenever they feel like it. The Prius driver doesn't have to follow the rules because they're making new rules for everyone else along the lines of, "put up with my horrendous driving because I love the Earth with my ugly car."

And for those Prius owners who don't drive it to save the planet but because they're just plain cheap, they simply can't be bothered with applying more than 20% of the gas pedal because it might cost them $1 more at the pump than they'd normally spend. Again, entitlement rears its ugly head, and the rest of humanity has to suffer as a result.

If you happen to be one of the four Prius owners out there who can actually drive well, we apologize. We obviously have some very strong feelings (which used to be relegated to Saturn drivers). You might be one of the few Prius drivers who passes in the passing lane only, doesn't straddle the double yellow lines, and doesn't fart daisies. To the rest of you, go pound sand.