GMC Needs to Bring Back the Typhoon Performance SUV

Not everything in the '90s was terrible 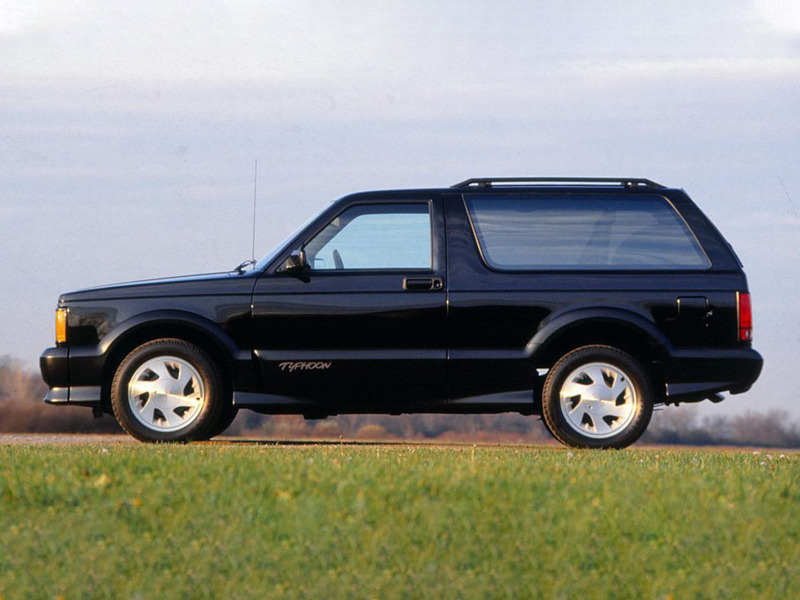 It really is hip to be square.

Lackluster sales of the new Chevy Blazer (and the general malaise we feel when it comes to crossover SUVs, in general), makes up pine for an oldie but a goodie. Back in the '90s, the GMC arm of General Motors built a high-powered version of its popular GMC Jimmy (sister of the Chevy Blazer). Not only was it fast, but it also looked pretty slick. We think GM could draw more customers by bringing it back.

The GMC Typhoon isn't just a unicorn now (because of its limited production of 4,700 units), but it was a totally rarity back in the '90s when performance SUVs didn't actually exist. It rode low for an SUV, had racy ground effects, and it had only two doors. GM shoved a hulking turbocharged 4.3-liter V6 under the hood with 280 horsepower (compared to the stock Jimmy's 160 hp). The result was 0-60 in 5.5 seconds, which was as fast as the 1992 Ferrari 348. The Typhoon cost $29,000 back then, which was a ton of money for a car in the '90s, but keep in mind that in order to get that kind of speed, you'd have to buy an exotic sports car. 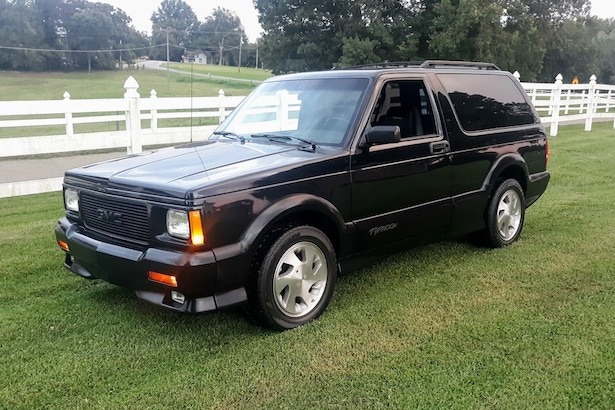 You gotta admit, the Typhoon still looks pretty sweet even by modern standards.

The Typhoon also received fat performance street tires that were pretty wide. Measuring 245/50VR-16, the Firestone Firehawk SVX tires on the handsome alloy wheels are actually wider that the stock tires on a 2020 BMW 4-Series.

The fenders and bumpers, as well as the rocker panels, were meaty and gave the Typhoon a strong stance and menacing presence unlike anything else on the road at the time.  GMC should borrow the current Chevy Blazer RS and make a high-powered version with the Typhoon name. It would certainly help boost sales of the new crossover. 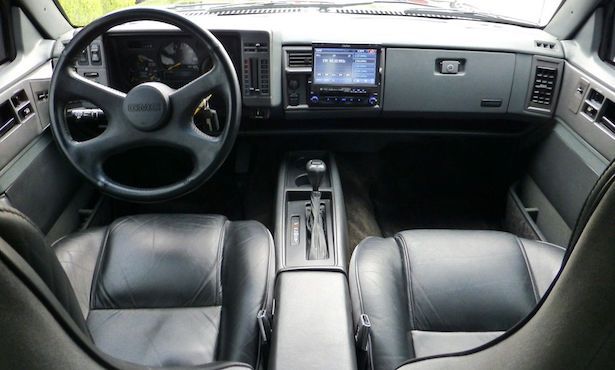 Okay, so perhaps the interior isn't so desirable with its weird steering wheel and the boxy dash.

So, the Typhoon wasn't the greatest at cornering, but it did put its money where its mouth was in terms of acceleration and braking. It had full-time four-wheel-drive system, a center differential, and a viscous coupling that split the torque 35/65 front to rear. We could imagine a new Typhoon with a limited-slip differential, an intelligent all-wheel drive system with torque vectoring, and supercharging to take the Blazer RS's already potent 308 horsepower V6 and send it over the 400 mark. While that wouldn't intimidate the new Dodge Durango Hellcat's 707, it would certainly go up against the Dodge Durango SRT 392 (475 horses) and the new Ford Explorer ST (400 horses)

We miss the original thinking behind the Typhoon (and the Syclone pickup, the Typhoon's stablemate). While performance SUVs are everywhere now, we think GM could benefit from something a bit more visceral in its lineup. With the current Chevy Corvette and the Camaro proving more expensive sports cars can quake in their brake shoes, the Typhoon could easily be pulled off by General Motors. Let's bring it back!