The evolution of the brand's icon 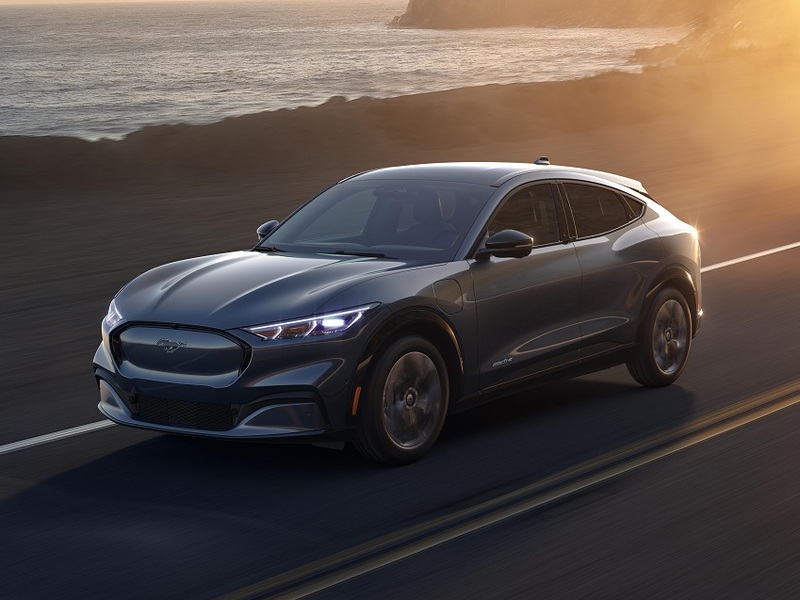 The past and the future wrapped in Ford's most dramatic offering this year.

There's been a lot of mystery surrounding Ford's electric crossover, and now it's here. It's called the 2021 Ford Mustang Mach-E, and it builds on the brand's only remaining passenger car, the Mustang. It's the first vehicle to use the Mustang name outside of the original pony car, and it borrows strongly from the fastback coupe while employing truly radical thinking for a crossover EV.  It actually looks like a stilted Mustang, too. 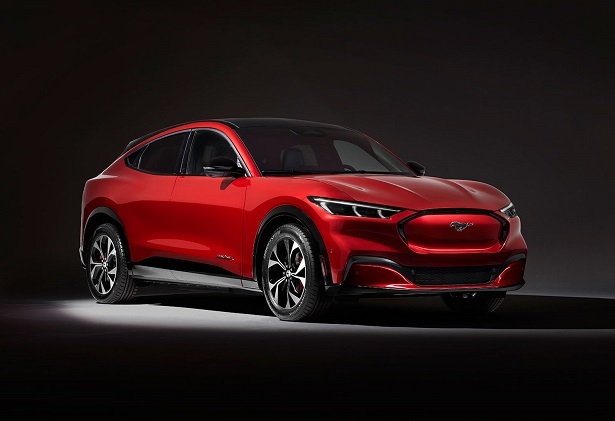 Who would've thought the Mustang would translate well to a crossover? Not us.

The body has clear styling elements from the car including a big faux grille that mimics the Mustang's big trapezoidal version, a dramatically creased and sloping hood, and angry slanted headlights. The body has muscular haunches, a fastback style roofline, and the back end employs those Mustang triple-slit taillights. We have to say the whole exterior packaging really works to give the Mach-E an attractive look that stands out on its own while paying proper homage to the legendary Mustang. 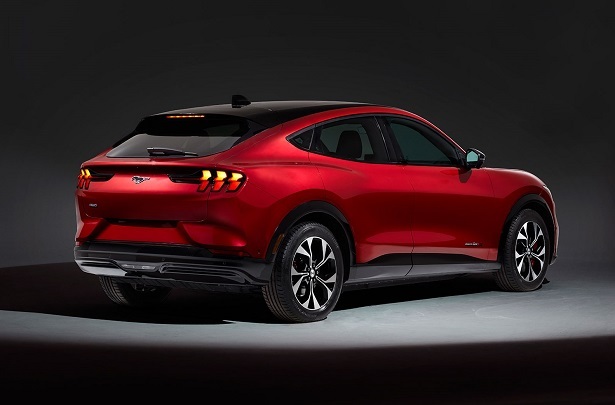 Even more radical than the exterior styling is what's under the body. The Mach-E received some serious EV power and tech, and there's more than one permutation. The standard setup uses a 75.7-kWh battery to a single motor that powers the rear wheels. It's good for 255 horsepower and 306 lb-ft of torque. The range is 230 miles. Upgrade to AWD, and the Mach-E gets one more electric motor, and torque jumps to 429 lb-ft, but range drops to 210. 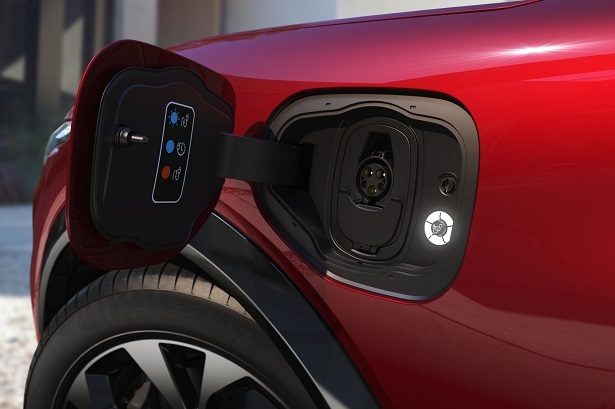 Electric power makes more sense in a crossover than in a muscle car.

Wait, there's more. Ford will build both GT and GT Performance versions of the Mach-E, and they will both get motors emitting 459 horsepower and 612 lb-ft of torque. We're guessing these will be AWD in both cases, and Ford states the GT Performance The Performance Edition gets Mustang top-end treatment in the form of Ford's excellent magnetorheological suspension, and Brembo brakes will be optional. In terms of acceleration, the GT Performance should go from 0 to 60 mph in the three-second range, fast indeed. 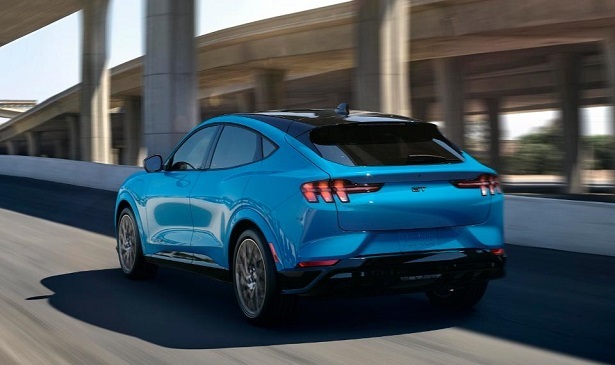 A shot of the upcoming GT. Too bad there's no quad exhaust.

Ford will provide two 40-volt chargers with the Mustang Mach-E: a fixed home charger will juice up the vehicle 32 miles for each hour it's plugged in, and there will be a portable charger that provides 22 miles for each hour. The Mach-E also will have DC fast charging, and it will juice up a 10% charge to 80% in a mere 38 minutes. Even more impressive is the fact that it will provide 47 miles in 10 minutes. There's even a 120-volt mobile charger that provides 3 miles of charge per hour for true emergencies. 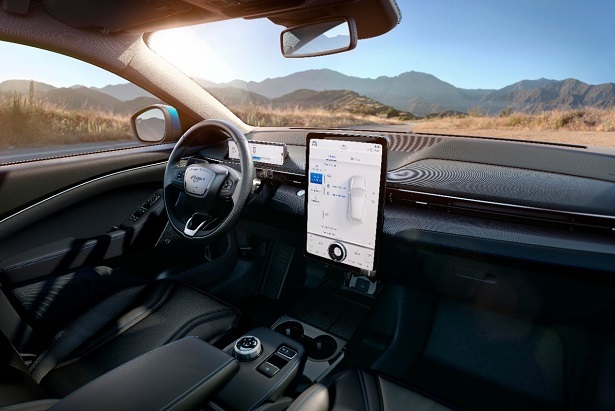 We're really glad the Mach-E doesn't get the Mustang's rather chunk-ified interior.

The Mach-E's interior shows us what Ford's going to do in the future, and it's great that they're finally departing from some of their more mundane and bulky interior designs. It's airy with a low-mounted dash that's wide and multi-layered for a more contemporary look. The seats, door panels, and dash all look clean and uncluttered, which contributes to the more modern appearance of the Mach-E. What's most noticeable, however, is the huge 15.5-inch touchscreen (we're sure the 0.5" increase over Tesla's version isn't an accident). There's a physical control knob at the bottom edge of the screen, so it's not all touchscreen action. 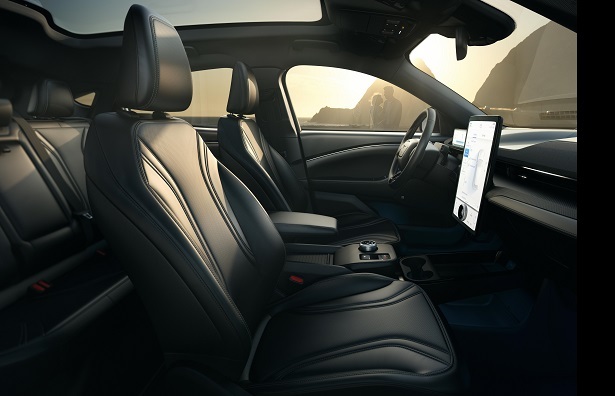 Ford is clearly moving away from their past while utilizing an icon to shape a new generation of vehicles. Word is that the brand plans to use the Mustang to launch additional vehicles, and that could be a very good thing if the Mach-E turns out to be a huge success.