4 Reasons Why You Should Buy the 2021 Chrysler Pacifica, Including All-Wheel Drive

Is this the minivan to actually covet? 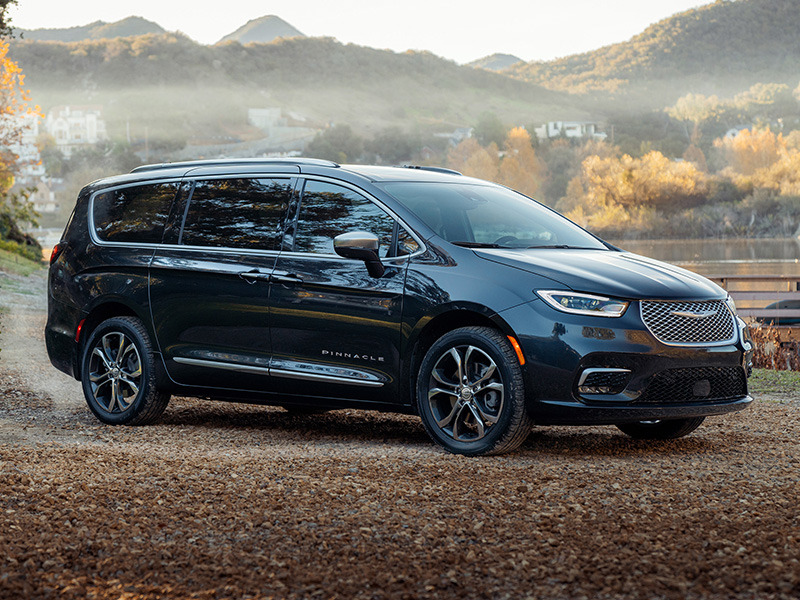 FCA adds some fresh and tantalizing features to its family-hauler.

Minivans are notorious for poor gas mileage, life-draining looks, and the same kind of driving excitement as an adult tricycle, especially when it's only front-wheel drive. But they do serve a singular purpose--to haul kids, gear, and groceries all freakin' day long. Now, Chrysler has finally given their solid Pacifica minivan the traction of four driven wheels for the 2021 model year, which makes complete sense. 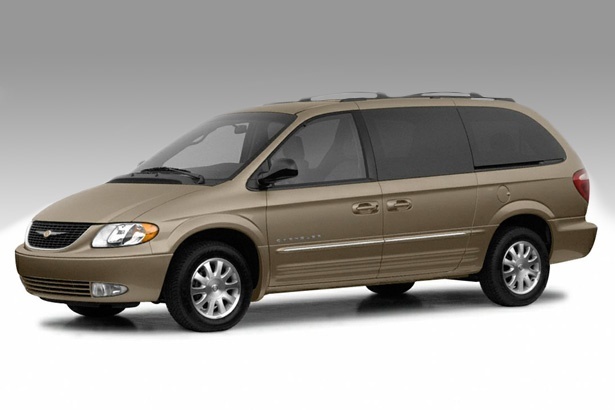 The 2004 Chrysler Town & Country Limited was ahead of its time with all-wheel drive. The gold paint, not so much. (image: Autoblog)

It's the first time a Chrysler/Dodge/Plymouth-branded minivan has received the benefit of all-wheel drive since the 2004 Town & Country. Remember that sucker? Neither do we.  It's about time the brand added AWD, and those car buyers who are faced with the reality of having to buy a minivan can rejoice. It kinda, sorta makes us almost mildly want one. Almost. 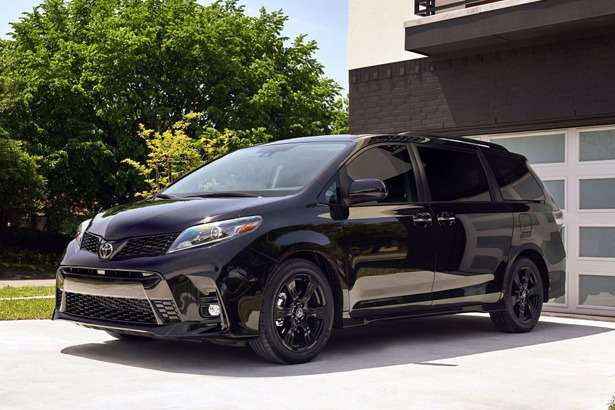 Until now, the Toyota Sienna was the only minivan with available AWD, and it's not an especially good minivan since it hasn't been redesigned in a decade (and it shows). So, if you wanted all-wheel drive traction in a minivan, you had to settle for the Sienna with its crappy front seats, dated interior design and infotainment, and generally poor driving dynamics. All that changes with the arrival of the Pacifica AWD. Here are four solid reasons why the Pacifica should be at the top of your minivan shopping list. 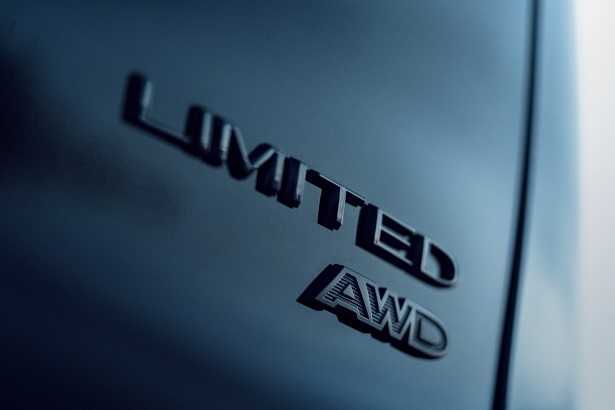 The Pacifica really wasn't lacking anything in terms of real utility, but in order to put it at the top of its game, it really needed four driven wheels. Just think about it. Minivans are for families, gear, tons of kids to carpool. Why wouldn't you give it available all-wheel drive? Here's what's involved in the Pacifica's AWD system:

Front-wheel drive is great in most situations thanks to traction control and stability control. But if you live in wet and/or snowy climates, the added sure-footedness of all-wheel drive certainly changes the game. The Pacifica's exhaust and gas tank have been modified to make room for the AWD system. Say goodbye to any concerns you had about getting out of deep snow when the kids are crying, and you're stressed out about getting home safely. 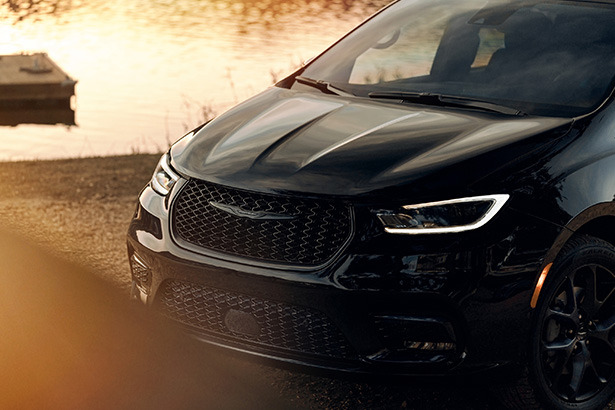 When Chrysler started to phase out the Town & Country and created the all-new Pacifica minivan, it was a smart move. They wanted to regain their minivan segment foothold after the Honda Odyssey beat them up time and again. The Pacifica proved to be a serious contender in terms of power, convenience, space, and technology. It also looked pretty good for a minivan. But, the front fascia on the 2020 still reminds us of the now-dead Chrysler 200, which kinda looked like a catfish. For 2021, here's what's changed in terms of styling.

Although the Pacifica is still very much a minivan, it looks far better than before. It looks a little bit more like a sport-utility vehicle than before, which should be a draw for some customers. And whereas the 2020 Pacifica interior is already a great cabin, the upsized touchscreen and the regal Pinnacle trim up the ante very nicely.

If there's one feature in the Pacifica that puts it head and shoulders above the competition, it's the Stow ‘n’ Go second-row seats. Not only can you use the floor to store supplies and groceries, you can also fold the entire captain's chairs into the floor totally out of sight. You actually have to remove the second-row seats from the Toyota Sienna and carry them into your garage or house. What a royal pain that is. Even with the addition of the all-wheel drive option, the Stow 'n' Go seats will still fold-into-the-floor, no problem. Just watch the video (above) and see how easy the entire process is. 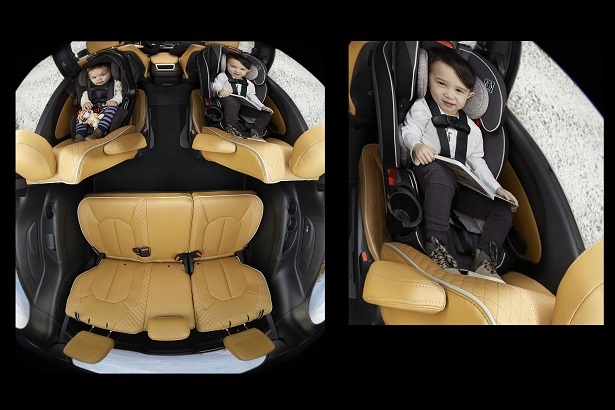 The 2021 Pacifica also destroys the competition with the new available FamCAM system. We're kinda shocked no one else thought of this brilliant feature before. The Honda Odyssey has a CabinWatch feature that's similar, but you have to toggle to see the third row. Here's why the new FamCAM system in the Pacifica is so good:

Chrysler made some very important changes to the 2021 Pacifica that put it at the front of the minivan pack. It easily outpaces the dated Toyota Sienna and now provides even more advantages over the reigning Honda Odyssey, which doesn't even offer all-wheel drive. With the refresh and feature additions, we think the upcoming Pacifica will be the best minivan money can buy.

The new Pacifica goes on sale in the fall of 2020 as a 2021 model, and pricing information should be available soon.

A used Chrysler Pacifica is an excellent minivan choice. Read our full review below: 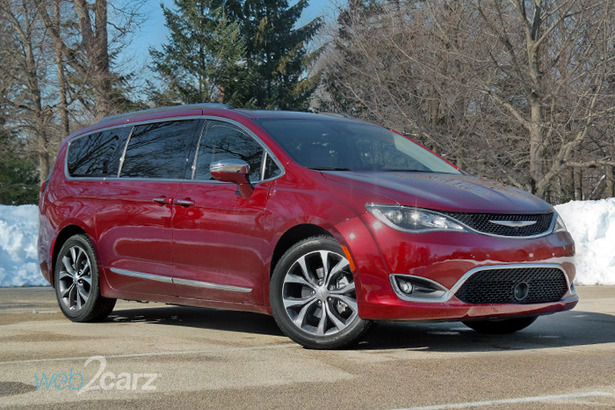