The only one of its kind from a non-premium brand 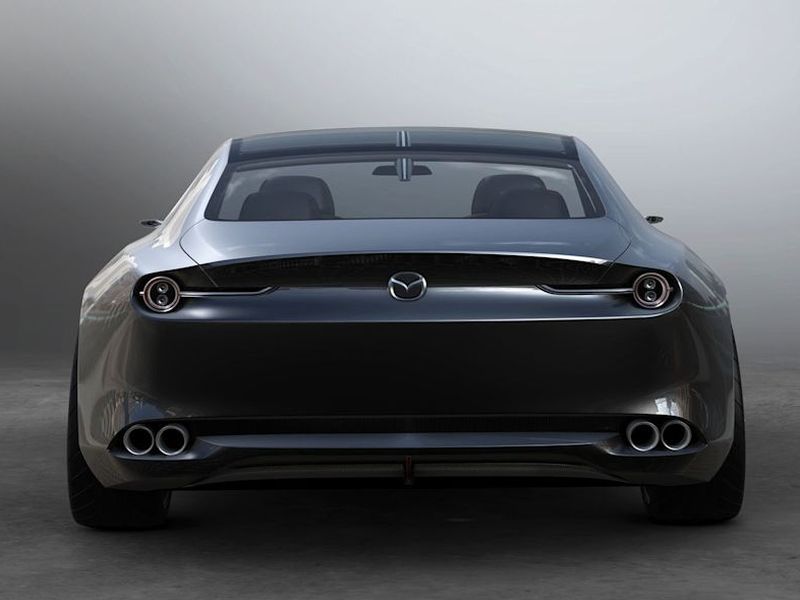 The Mazda Vision Coupe from 2017 shows what the next Mazda6 could look like.

It's a mystery why the current Mazda6 doesn't sell better. It lags way behind midsize car leaders: Toyota Camry, Honda Accord, and the Nissan Altima. The Mazda6 is even outsold by the likes of the Subaru Legacy and the dated Kia Optima. The reason why it's so shocking is because the Mazda6 is better than all of them in terms of styling and driving dynamics. It's so good, it can even qualify as near-premium. It now looks like Mazda wants to abandon its front-wheel drive, 227-horsepower family car and create something even better. 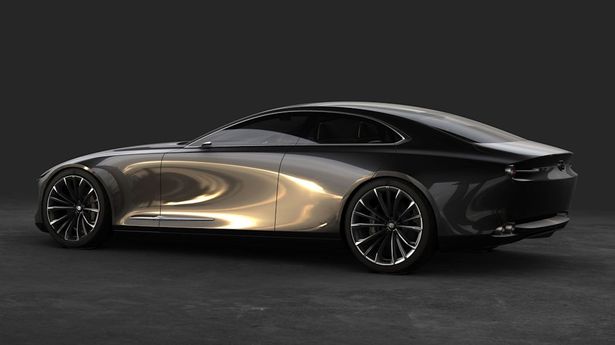 The Vision Coupe concept shows the world what a bigger Mazda could look like. Just add two doors.

It turns out Mazda has been developing an inline-six engine for use by Toyota vehicles. It's the same kind of engine as those found in BMWs. Inline-six engines are inherently desirable because they are well-balanced and generally smoother than V6 engines. The new Mazda6 will ditch the front-drive transverse four-cylinder mill for a longitudinally-mounted inline-six cylinder engine on their new "Large Architecture" platform. 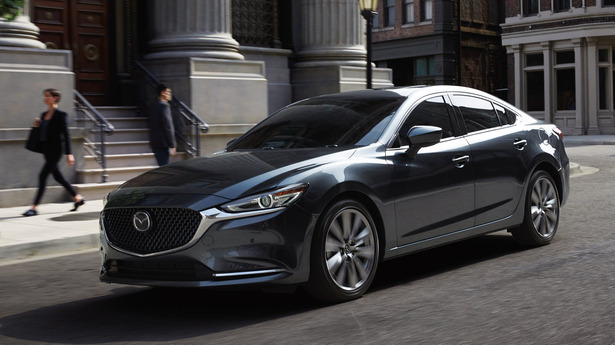 The current Mazda6 ranks as the best family sedan today, but it's still front-wheel drive.

The engine is essentially known as gas-powered Skyactiv-X six-cylinder with just shy of 3.0-liters of displacement. Mazda introduced their current Skyactiv-X four-cylinder engine in a limited number of Mazda3 and CX30 models. It's essentially the first commercial gas engine to use what's known as compression ignition where the fuel-air mixture ignites at the same time it's compressed by the piston (as opposed to before). The result is reduced fuel consumption and emissions.

The new Skyactiv-X inline-six engine also gets help from a 48-volt mild hybrid system that adds power and efficiency, netting about 350 horsepower. That's a significant jump from the 227-horsepower top trim 4-cylinder engine in the Mazda6. There will also be a Skyactiv-D inline-six engine and possibly a PHEV version of the Mazda6, the latter of which has yet to be confirmed. 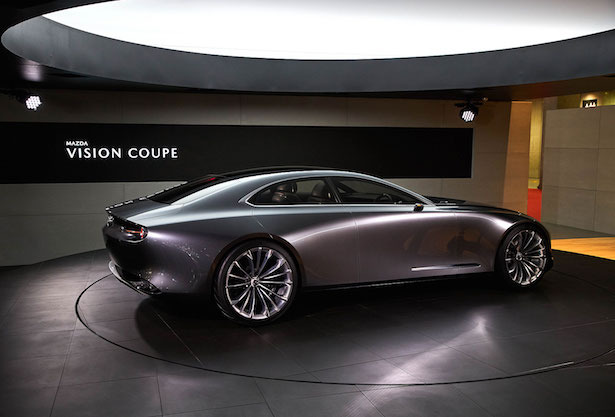 We're guessing the new engine will do quite a bit for the small Japanese brand. First of all, it will provide much needed funds from the far bigger, far more financially sound Toyota. It will also vault the Mazda6 into new territory, that of a premium sport sedan. The last six-cylinder Mazda6 was from 2013, but that was a 272-horsepower V6 engine, not an inline six. The real question is whether or not the new car will gain any appreciable market share in a segment dominated by the likes of BMW and Mercedes, both of whom put inline-six engines into their sports sedans.