The IIHS just put it through the paces, and it bombed 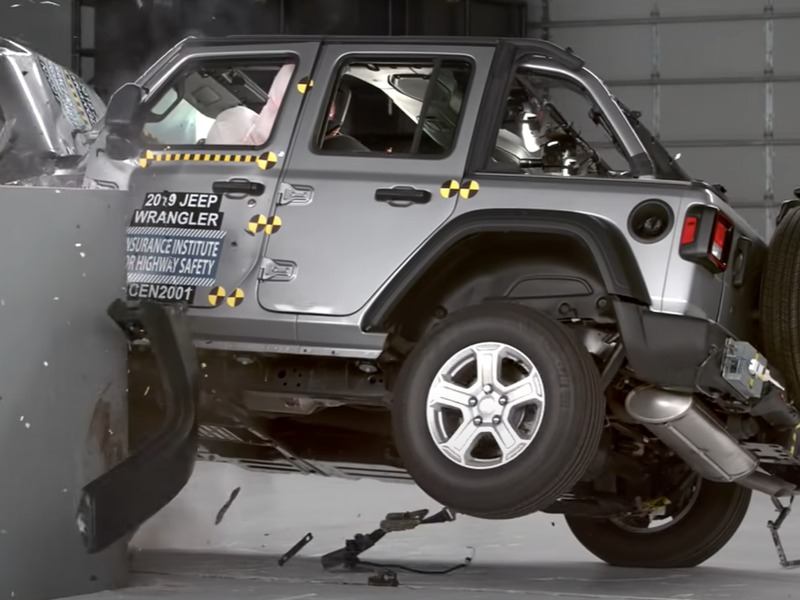 This is not the kind of "off-road" we had in mind.

We've reviewed the 2019 Jeep Wrangler Unlimited (JK), and absolutely loved it. Not only does it look better while keeping the Jeep ethos alive, but it also drives on road like a gem and finally has a modern interior we can almost love. The sad news is that when the Insurance Institute for Highway Safety, or IIHS, crash-tested it, things got way ugly. Like craptastic ugly. The IIHS’ 40-mph, driver-side small overlap frontal crash test resulted in a full-on rollover. Check out the IIHS' video footage below. Yikes!

It makes contact with the solid barrier on the driver's side, which causes the front end to lift and then turns the Jeep on its passenger side. It's not something the IIHS comes across very often, and it is harrowing. It raises questions about not just the crash damage into the driver's side area but also additional risks to occupants who might not otherwise be injured/killed had the Jeep not flipped. Apparently, the risk of a partial ejection increases under such circumstances. 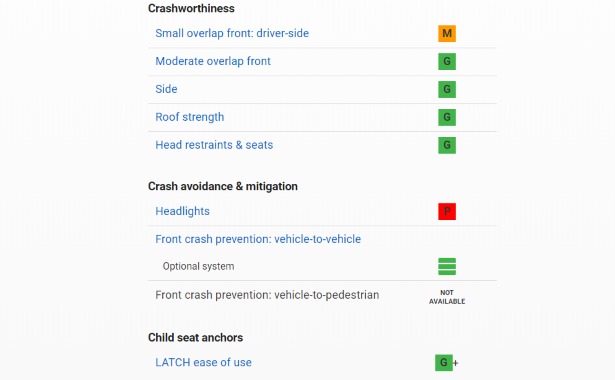 Apparently, parent company FCA (Fiat Chrysler America) stated this had not occurred in their own testing, so the IIHS ran the test again with the same results. The Jeep actually did quite well in other areas, such as the side impact crash test and the front crash prevention collision mitigation. Oh, and thank goodness it attained "good" in the roof strength test. Instead of getting a "poor" in the small front overlap driver-side test, it escaped with a "marginal". 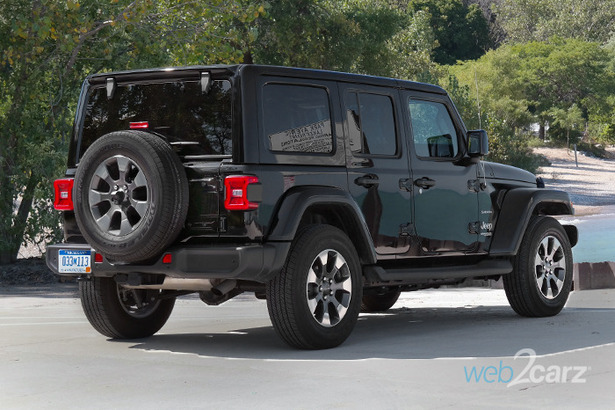 We love the new Wrangler Unlimited, but we didn't exactly crash test it.

The IIHS went on to say:

“Rollovers—even partial ones like those that occurred in the Wrangler tests—are especially dangerous crashes, in part due to the risk of complete or partial ejection. This is a particular concern in the Wrangler, which has a roof and doors that can be removed. The Wrangler also lacks side curtain airbags designed to deploy in a rollover to keep occupants inside. It is not required by regulation to have side curtain airbags because of its removable roof."

Despite the fact that the Jeep is a modern (meaning new) vehicle, it's actually a bit of a dinosaur in its overall design. It's a tall, body-on-frame SUV that has removable doors, a removable roof, and a fold-down front windshield and frame. This, coupled with the lack of the aforementioned side curtain airbags may make it more of safety risk than most consumers understand. The question is, will all of this new crash test data dissuade buyers from purchasing the new 4-door Jeep Wrangler? We have our doubts. As much as we love it, this new information would take it off our list of family vehicles for ourselves.